Hot Chip are one of the best live bands I've seen. Their shows are always an event and never fail to get crowds jumping around in one sweaty mass which is a great thing to be a part of. Usually, that would mean the Barrowlands or the O2 Academy in Glasgow, but on Tuesday, the band played a warm up show at the Art School in front of what can only have been around 500 people at the most. To see the band play such an intimate show whilst playing a full set was really something very special indeed. 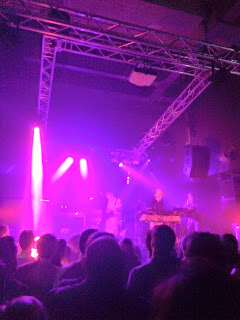 The show was a mix of old and brand new tracks with previews of material from Why Make Sense? which is out on 18 May. They opened with Hurrache Lights from the album and immediately got the venue jumping. The song was a beefed up version of the album track and set the tone for a superb set. One Life Stand followed before a superb Night & Day blew my sonic socks off. The new album, after my first couple of listens, is filled with beautiful melodic electronic pop and the tracks plated from that at the gig, such as Easy To Get, Started Right and the quite stunning Cry For You really stood out. 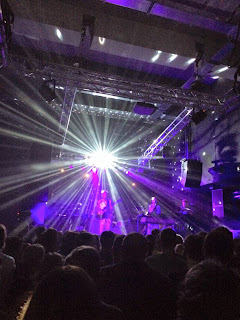 Of the older tracks, Over And Over and Ready For The Floor were as crowd pleasing as ever, but I was most impressed by Flutes and Alley Cats, for the purely selfish reason that I love those tracks. After a seemingly non stop main set, the band came back for a brief encore ending with an electronic take on Bruce Springsteen's Dancing In The Dark which was marvellous. 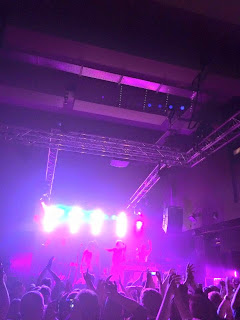 It's such a joy to have Hot Chip back again and this gig was the perfect appetiser for the forthcoming album. I've already got my tickets fro 16 October at the Barrowlands and, based on the show on Tuesday, that will be another stupendous Hot Chip gig. If you haven't seen them live, change that as soon as you can as there are very few bands around who can put on a show as good as this.

Email ThisBlogThis!Share to TwitterShare to FacebookShare to Pinterest
Labels: Art School Glasgow, Glasgow, Hot Chip, Hurrache Lights, Over and Over, Why Make Sense