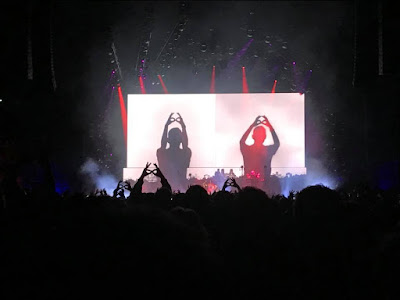 I'm sure this is me biting off more than I can chew, but what I'm wanting to do is to have a review of every gig on the Global Spirit tour up on the blog, so that we have a record of each gig.

As I'm only going to two concerts on the first leg I'll need a bit of help and that's where you come in. What I'm looking for are volunteers to write a review of the gig they were at. Assuming there's enough interest, I'll pick one person for each show and their review will be up within a couple of days of the gig taking place. It doesn't have to be an essay or a work of art - it just needs to be something talking about the gig and what you enjoyed about it.

The list below will be updated as it (hopefully) fills up: 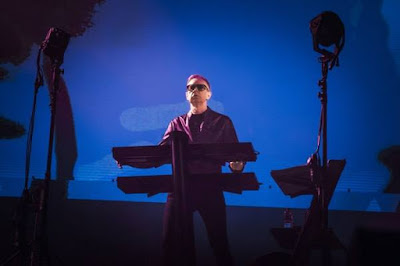 June 3 - London - Part 1 by me, Part 2 by the fans
Part 1 - http://almostpredictablealmost1.blogspot.co.uk/2017/06/live-review-depeche-mode-london-stadium.html
Part 2 - http://almostpredictablealmost1.blogspot.co.uk/2017/06/live-review-depeche-mode-london-stadium_7.html 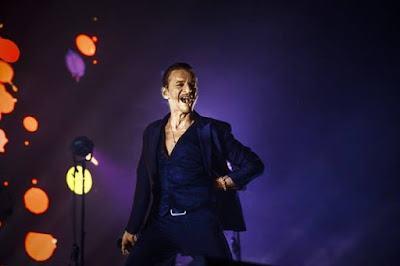 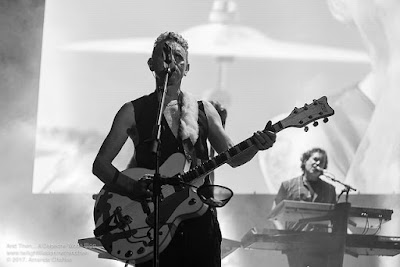 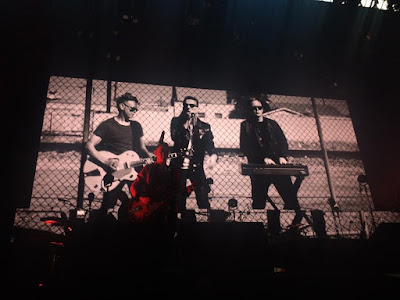 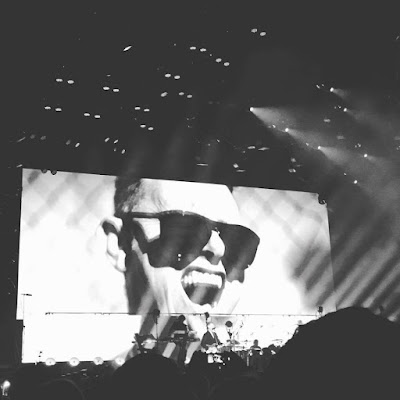 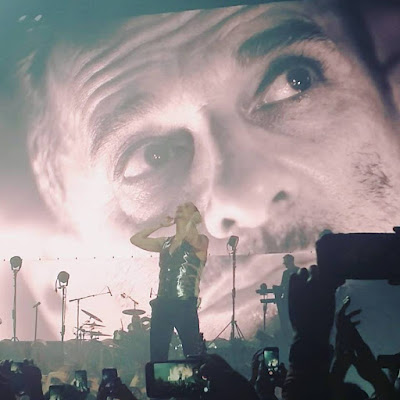 There's no pay, no medical plan and no form of reward at all other than the warm glow you'll get for angering the Black Swarm with your views on Policy Of Truth etc. You will of course get full credit (I don't want the blame for what you say!) and links to whatever of your social media you want to expose the world to. 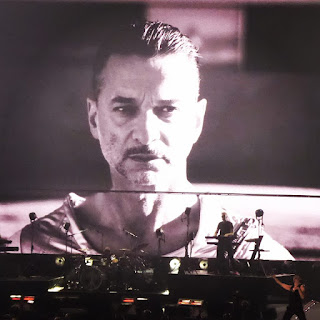 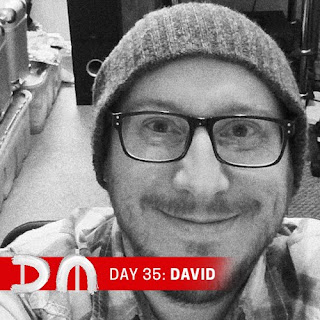 Well, that was an odd day.

As you probably know by now, Depeche Mode are running a Facebook Takeover for 365 days, inviting fans to apply to be in charge of the band's Facebook page for a day. I obviously couldn't pass this up, so I applied and, fortunately, got picked. It was a remarkable experience.

Before your day goes live, you liaise with the lovely Carl and Ale who sort everything out for you. You can submit up to 5 posts including an opening bio post and, once they've been cleared, the DM Facebook team schedule them and post them. All you've got to do is be online when they pop up and interact with any of the band's 7.3 million followers who happen to get involved. No pressure there then.

I chose 4 posts in addition to the bio thing (see here) and after more thought that was no doubt necessary, went for these (click each for article):

My Gareth Jones interview from A Month Long Period Of Rejoicing
A post about my collection
Depeche Mode Live In Scotland Part 1 - 1981
But B-Sides That, What Have Depeche Mode Given Us

I thought they offered a good spread of things from the interesting (Gareth Jones) to the collector geek friendly and that seemed to work. What was most surprising though was that, firstly, Live In Scotland has proved to be the most popular post and, secondly, that many, many more people than I expected got involved both on the Depeche Facebook page and on the blog itself.

Th experience of seeing my picture on Depeche Mode's official page together with a picture of my records was incredible. For that second, and in the picture I captured (below), I featured heavily on my favourite band's own site. If you'd told the 16 year old me that in 1990, once you'd explained what the internet and Facebook was of course, he'd have been beyond happy. To be honest, the slightly older than 16 year old me was very much beyond happy when he saw it yesterday.

I'm a Depeche Mode fan and I know what we're like, but nothing prepared me for this. Before 2 p.m. yesterday when this all kicked off, my blog had had 251,000 visitors since I started this in 2011. I was happy with that figure and I've had consistent increases in hits each month since I began. Yesterday though caused these figures to go absolutely crazy. At the time of typing this, my blog stats are currently:

That's the Depeche Mode effect I guess, or really, that's the Black Swarm effect. Eager to read anything and discuss everything about Depeche Mode, the DM fans have blown my mind and the whole Facebook takeover thing was a one off, incredible experience. I even got responses like this from the clearly wise Camie Chance: 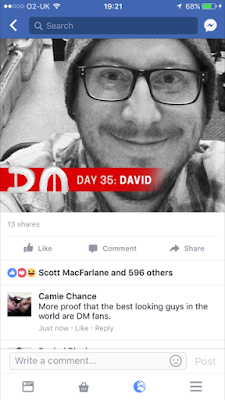 It was that sort of day!

Thank you very much for the chance Depeche Mode and thank you Carl and Ale for all your help. Thank you mostly to each and every Depeche fan who got involved. If you're new to this blog, welcome and I hope you'll stick around. If you're a regular, thank you for spreading the news around the world yesterday and making my day so much fun, if a little tiring.

If you're a Depeche fan and you think you're interested in the takeover, apply and watch your Facebook notifications go through the roof. You'll love it.

I've been stuck in a world of Depeche Mode blogging of late, meaning that I've fallen far behind on all non Mode related blog duties. There are three new releases, all Scottish and all superb, that I've been meaning to write about but haven't had the chance until now. To improve your Easter weekend no end, grab yourself all three of these tracks - you won't be disappointed.

Ahead of her forthcoming album Strange Words and Weird Wars, Marnie has released a second track from that record, Lost Maps which follows the quite brilliant Alphabet Block (review and interview with Helen here - click ). Lost Maps is a wonderful song, filled with dark, pulsing synth parts that bring the type of modular synth sounds you find on the new Depeche album. Once again, Marnie expertly manages to balance dark, electropop synths with a captivating, almost pure pop vocal melody, making Lost Maps a track that you instantly fall in love with. Like Alphabet Block, Lost Maps is a tantalising glimpse of what's to come with Strange Words and Weird Wars, an album that's destined to be one of the finest records you'll hear this year.


The buzz surrounding Mt Doubt continues to justifiably grow. Tourists is the band's first release of 2017, issued on the Scottish Fiction label as a split 7" with Foreignfox, and as with each new Mt. Doubt release, the songwriting is taken to another level. The track is a poppier affair than you might expect from Mt. Doubt, albeit the pop I speak of is very much at the darker end of the scale. Surrounding Leo Bargery's trademark powerful vocals are ever increasingly powerful layers of guitar that give you a real flavour of how powerful this band is live. It's great to hear the sheer scale of their live performances captured here. Listen to Tourists below then head to the Scottish Fiction bandcamp page to get the 7" single.

Amor are made up of Paul Thomson, Michael Francis Duch, Luke Fowler and Richard Youngs, and with Paradise they've released one of this year's great tracks. It's on the wonderful Night School Records, a label that specialises in releasing nothing but magical records and this is no exception. The 12" single was limited to 500 copies which have probably all gone by now, but you should still buy the download immediately. Paradise sounds like a great lost 12" extended remix from the days when singles had such things as opposed to the generic substandard famous name DJ rubbish that blights remix singles these days. There are elements of disco, electro and even a dash of Can here, creating a type of sound that LCD Soundsystem would have come up with if they'd hailed from Glasgow rather than New York. It's an epic song basically, and once you hear it, you will fall in love with it


That's me caught up then. Normal Depeche Mode service will shortly be resumed.
Posted by DJM at 11:54 No comments: