For the first time since 2006 and for only the second time ever, Depeche Mode headlined a UK festival last Saturday, topping the bill above the likes of Liam Gallagher and other equally..erm...talented (?) acts. As this was a momentous thing for the band, we have not one but two reviews of the show. The second of these is from long time Depeche fan and long time blog supporter Adele Mitchell whose review and pictures you can read and see below. Thanks very much for the great review Adele.

What a weekend! I only bought a day pass for the Saturday as (obviously) my main focus was on seeing Depeche Mode. So, in typical Mitchell fashion, I managed to get absolutely hammered the Friday night before so I inevitably woke up wanting to die! Spending 12hrs in the sun was not something I was looking forward to if I am truly honest but I had serious Marty spotting to do so I sucked it up.

First up to see was Louise in the Big Top (although shout-out to Rhythm Valley in Electro Love who did some fantastic 80s soul covers) Anyway, Louise was absolutely fantastic, proving that she wasn’t just the token white girl in Eternal as boy can she sing. Also, the male backing dancers all took their tops off, so WIN!

After that we made our way over to the main stage to see Blossoms and James Bay. I have never been to a festival before, so was not quite prepared for the sheer number of people who would be there and whether I would even be able to see the band on stage!!

As you can see from the photo below, I had reason to be worried 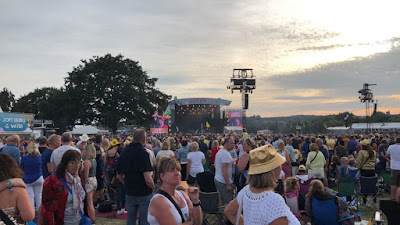 Next up was Liam Gallagher (the main reason for a lot of DM fans NOT attending this festival). Even though I will begrudging admit, he did put on a good show, particularly the Oasis numbers. But, yes, his fans were mostly drunken louts who were only there to see him. Hence why, after they had cleared out, I got this much closer for my Marty stalking, they must have been packed in there like sardines!! 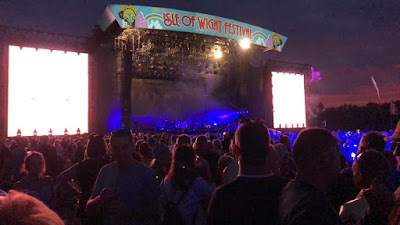 Not perfect but at least I could make out the band and was plenty of space around me for a bit of a boogie.

I attended with a work colleague & his father. Andy is a DM fan too but has not seen them live for many, many years. He knows and understands my absolute adoration for the band and a certain blonde genius (I don’t even apologise for this particular obsession), so he was fairly up on what we could expect. I really didn’t expect there to be much change from the recent North American shows, just a slightly shortened one given the 105min set time.

The band took to the stage (5 mins late, how tardy boys) and belted out Going Backwards. Dave was prowling the stage and really showing those that didn’t really know the band what he can do. A new one on this tour for me in Policy Of Truth and it sounded fantastic (well apart from Mart being a beat too late on his synth and then struggling to catch up). Precious sounded utterly fantastic, a much rockier guitar and World In My Eyes has Dave & Martin in very high spirits, they really seemed to be enjoying themselves but I was beginning to notice something. No-one around me seemed to be singing along or really interacting with Dave on all his vocal instructions, and I really think this was starting to frustrate him. I guess that is the gamble you take with doing a festival. 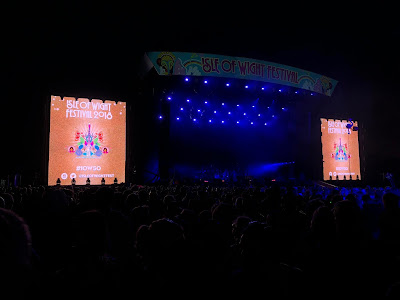 Then came the moment I had been waiting for, Martin’s little solo set & my weeks of hoping came true. I got to see The Things You Said and I will admit, I cried. Happy tears but heartfelt ones too, it was absolutely gorgeous. Elation then turned to devastation when WE GOT NO HOME!!!! Yes the crowd would not have done the singalong (blimey, it would have been epic if they had) but I expect, no demand, that this is played at any show I attend and really he should have known this.

Everything Counts really got the crowd going, brilliant singalong that petered out towards the end, started up in one corner & made its way around everyone only to start up again. I hope the band enjoyed it as much as I did. I was surprised to see Personal Jesus so early in the set but as Dave commented “WAKEY WAKEY” as it really did get the crowd going and Never Let Me Down Again wave looked amazing on the big screens. 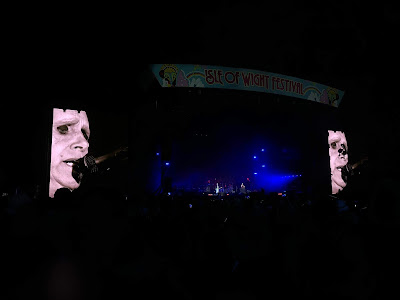 Another break (which I wasn’t expecting) and a beautifully sung Somebody from Martin (too much to have asked for I Want You Now or Home I suppose?) I really don’t think he has sung better than on this tour, but I am extremely biased.

Walking In My Shoes was as awesome as always and then another surprise, Just Can’t Get Enough. I know that this song has its haters but I bloody love it. Really gets everyone going and I think even the band are beginning to enjoy performing it. Fantastic singalong from the crowd, not the best of videos but hopefully you get the gist :


Ending on Enjoy The Silence, I really do think that everyone enjoyed the set and hopefully they picked up some new fans too.

A very long day finally ended for me at 01.30, arriving at my hotel after a 45 minute bus ride totally shattered with my legs and feet aching, but totally wired after such an amazing show. Of course I would do it again in a heartbeat, but if this is the last time I ever see them live, I'm a happy bunny - well apart from no Home!

Everyone else still seeing them on tour, have fun and don’t dance too much.