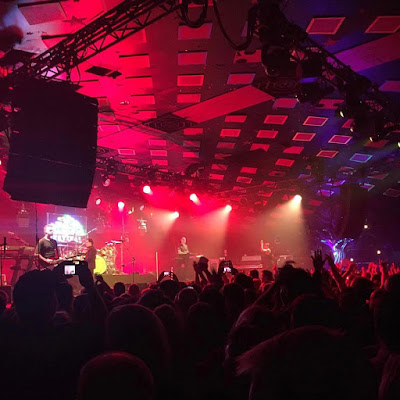 Where do I start?


It's very hard to put last night into words. Depeche Mode simply don't play venues like the Barrowlands but for one night only they did. Thanks to BBC 6 Music,  Depeche Mode took over Glasgow and I can say that I was there, I was a part of it. I'll never experience anything like that again. 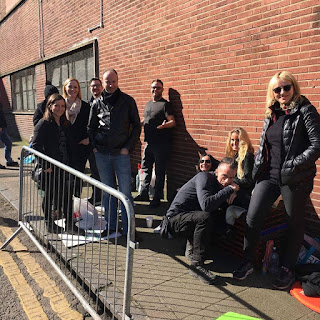 The whole day had a special feeling to it. I went down to the Barras around 11 am yesterday and met a few members of the Black Swarm who had camped out overnight. Camping out overnight is crazy enough, but camping out overnight in that part of town takes a special kind of bravery. Well done to the Swarm. I hung around for a while, chatted to a few fans and ended up meeting Peter Gordeno. He's a lovely chap. I spoke to a security guy at the venue and he was amazed that fans were camping out for a gig that wasn't even due to start until 9 p.m. He said "Are all you Depeche Mode fans as mental as that lot?" pointing to the overnight campers. As someone who was aimlessly hanging around outside the venue, all I could say was yes. 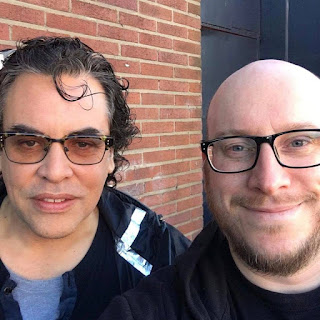 Fast forward a few hours and me, John, John C and Andrew met up and were ready to begin enjoying ourselves. We headed to the Kilts pre show party and the day properly began. I met so many cool people there, at the gig and at the aftershow party and I don't want to offend anyone by missing them out, so I'll just say hello again to you all here and thanks very much for chatting. Being a relentless self promoter, I had a blog t-shirt on, and it was genuinely moving to have so many people come up to me, say hello and say kind things about all this nonsense. The pre show party was great and it set the scene nicely for what was to come. 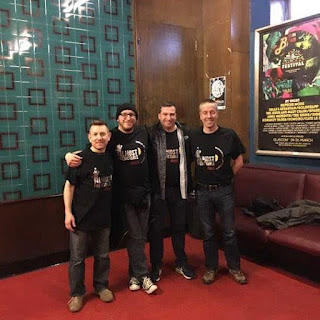 In earlier posts about this gig, I said that the Barras is the best venue on earth and last night proved it. The combination of a crowd who were 100% up for it and a band playing what was surely one of the gigs of their lives meant that last night was a gig that I will never forget and it's unlikely to ever be beaten. I can honestly say that it was the best gig I have ever been to and I'm still in a daze as I write this. From the opening roar as the band came on stage, a roar that caused even as experienced a frontman as Dave to pause for a second or two, to the closing perfection of a revitalised Enjoy The Silence, this was a unique and beautiful Depeche Mode experience. World In My Eyes, Walking In My Shoes and Personal Jesus all sounded as good as they ever have done and the band fed off the crowd's energy throughout the show. Martin played a full band version of Home which was spellbinding and the new songs all fitted in perfectly, with Cover Me a gorgeous highlight. It was everything you could have wanted and then some. 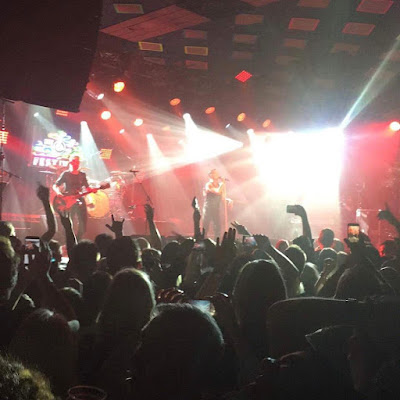 I'm so lucky to have been able to get a ticket for this show and I'll genuinely never forget last night. Gigs like that don't happen often and when the best band in the world played the best venue in the world in the city I live in, I can say I saw it. Thank you Depeche Mode, thank you devotees.