For me, Martin Gore is in the category of musicians who can do no wrong. Ok, there's the odd slip up, but given the back catalogue of songs he's amassed, that's no surprise but on the whole Mr Gore is a remarkable songwriter who has written many, many tunes that are important not only to me, but also to millions of others worldwide. His between Depeche solo albums thus far have been all cover version affairs, with the actual songs being saved for DM and Counterfeit and Counterfeit 2 are both well worth hearing as I've dealt with previously  on this blog (http://almostpredictablealmost1.blogspot.co.uk/2014/08/charms-in-limited-supply-depeche-mode.html) There was also, of course,  the stupendous VCMG project with Vince Clarke which I'll inevitably write something uncritical of at a future date. MG is new territory for Martin, however, as it is a wholly instrumental album - with his lyrics removed from his music, will it be any good? 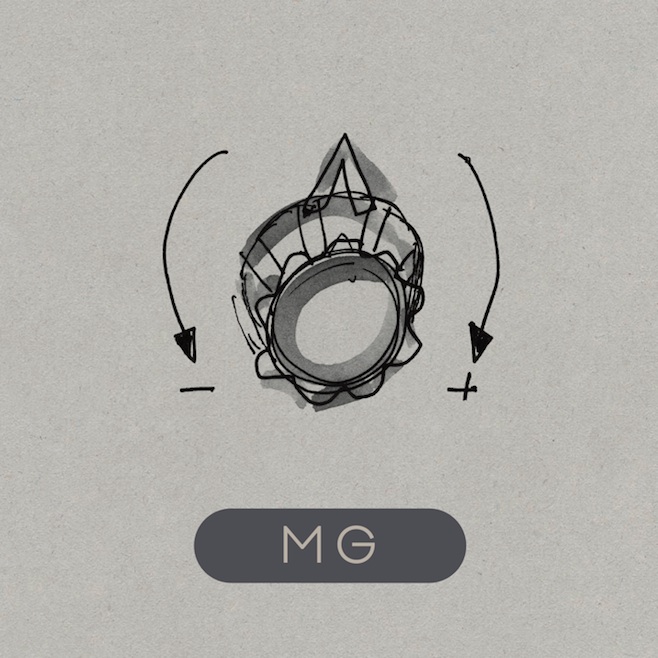 The good news is that it is good. In fact, it's better than good - it's superb. Martin has crafted an album of 16 gorgeous instrumentals that cover the whole spectrum of electronic music. Unlike the VCMG project, this album isn't a techno album; instead Martin has focused on moods and textures and that focus gives some of the tracks here a distinctly Depeche feel. Throughout the years, there have been may Depeche Mode instrumentals (see here for more http://almostpredictablealmost1.blogspot.co.uk/2015/03/depeche-mode-words-are-very-unnecessary.html ) and at times they have been excellent with, for example, the likes of Pimpf, Christmas Island, Agent Orange and Kaleid. Pimpf aside, as this is an entirely electronic project, there are echoes of all those tracks in this album.

The first track that was released from the album, Europa Hymn is one which reminds me immediately of Agent Orange, not in the sense that it sounds the same, but in the sense that it invokes the same mood. Synthesizer led music is capable of producing moments of pure emotion and Europa Hymn, like Agent Orange, does that, especially when the wonky melody line comes into play around one minute twenty seconds in. Beautiful. There are other quiet, more ambient tracks here too. Elk sounds quite a bit like the instrumentals that have popped up on the post 1997 DM albums such as Esque from Sounds Of The Universe. It has a very Depeche like melody too and ends with a wonderful lead synth melody. Martin has mentioned the influence of sci-fi on the album, specifically in relation to the songs being a soundtrack for an as yet unwritten sci-fi film, and Elk fits that bill perfectly, along with the likes of Southerly and Blade. The gorgeous Islet is another of the sparser tracks and is a real highlight of the album.

It's not all about sparse ambience however and there are moments on the album where tracks have a distinct techno feel. Opener Pinking is one such track, Brink another. There is also an industrial influence that comes to the fore too, especially on the brilliantly loud Swanning  its Construction Time Again like metallic noises. Exalt ups the industrial/metallic feel even more and is reminiscent of Trent Reznor's NIN instrumentals in places. Around 35 seconds in, there's a drill like drum noise which brings to mind Master & Servant, though perhaps only if you happen to be me. The song has a twist though as Tangerine Dream like ambient washes appear halfway through, providing a nice counterpoint to the metalllics. Spiral is another of the louder tracks and another standout. It's a booming track with superbly squelchy bass and is a joy to the ears.

One rather cool thing Martin has done is make this album interesting. His natural ear for melody stops the tracks becoming overly experimental, but they are all filled with interesting and very clever twists and turns, more of which reveal themselves with each listen. If you can, try and get the vinyl too as it's mastered superbly and sounds loud and clear. The sleeve is a wonderful thing too, with all the lettering embossed if you like that sort of thing (I do of course).

Is MG only for Depeche Mode fans hungry for anything Mode related between Delta Machine  and whatever comes next in a couple of years? I don't think so. This album stands on its own merits and is a really cool release. Ok, Martin's not going to fill the Olympic Stadium in Berlin on the basis of this release (checks Depeche Mode fanbase, revises opinion) but it's great to see someone like Martin still able to put out fresh, interesting material. Let's hope he takes this approach forward into the new Depeche album - who wouldn't love an entirely electronic, Gore produced DM album? That would be a truly wonderful thing.

MG is available now on Mute Records on cd, vinyl and download from all the usual places.