After a month off, we're delighted to announce the return of Almost Scottish Fiction. It's hard to believe that we're at Volume 6 already and the response we've had so far has been amazing, so thank you all very much for downloading and listening. 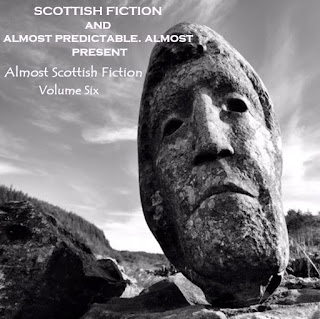 As ever, we've got six tracks for your listening pleasure, although this month there's a slight twist. For the first time, we're featuring three tracks from one Scottish label to show off its catalogue and that label is Glasgow's Night School Records which regular readers will recognise as a favourite of mine. Those tracks, together with the three other superb tracks you'll find here make up what is a very exciting e.p. and one we and our fellow e.p. curators Scottish Fiction know you'll love. The e.p. can be downloaded entirely free of charge below.

Thanks for listening and thanks to Michael at Night School too.

APOSTILLE - GOOD MAN
Good Man is the first of three tracks we're featuring this month from Glasgow's Night School Records. Apostille is the alter ego of label boss Michael Kasparis and Good Man is a prime example of the electronics inspired by the likes of Fad Gadget that make his Powerless album one of this year's outstanding releases.

EYES OF OTHERS - BINARY WORLD
Eyes Of Others is the new project of John Brydon, previously of Edinburgh band The Machine Room. Binary World revels in staccato synths with a bittersweet feel.

SALLY DIGE - HARD TO PLEASE
Sally Dige is the second of our Night School Records artists. Her superb brand of moody, atmospheric synthpop really caught the ear this year. Hard To Please is the title track of her Night School released album and it's one for fans of electronic pop of all genres.

INSPECTOR TAPEHEAD - THE COLD SLIPSTREAM
Returning with a brand new album So Solar, Inspector Tapehead have kindly allowed us to feature this track form the album on the latest Almost Scottish Fiction EP. The Cold Slipstream showcases all facets of Inspector Tapehead - a group comprising of Chris Croasdale, Johnnie Common and Ray Mohan Shearer - with cheerful guitars and eccentric, looped feedback

MOLLY NILSSON - 1995
Our final Night School Records artist is Molly Nilsson whose first album for the label, Zenith, is released in November. 1995 is a slice of dark pop music reminiscent of, say, John Maus to whet your appetite for what is bound to be a superb album

TURTLE - MARCH OF THE CAPITALISTS
Something a bit different and much more avant-garde from the Scottish producer Turtle. Having previously wowed fans with his lush electronica soundscapes, March Of The Capitalists is a Python-esque soundtrack with a gleeful spin on a hopeless subject


Thanks once again to all the artists for taking part. Thanks also to Stuart Cowan (@kpdcowan) for the cover art
Posted by DJM at 12:11