It can't all be Scottish music or Depeche Mode reviews around here. You might remember that I featured a band called Rolemodel earlier this year - their Claire e.p. is one of the finest things I've heard this year and one you really must check out (http://almostpredictablealmost1.blogspot.co.uk/2015/06/rolemodel-claie.html). 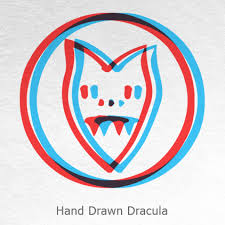 Anyway, Rolemodel's e.p. was released on the Hand Drawn Dracula label which is based in Toronto and for the lat few months I've been checking out a lot of their stuff with all of it being really rather cool. I'm particularly in love with 1992 by Beliefs which I thought I'd share here. It's the first release from their forthcoming album Leaper and if 1992 is anything to go by, it's going to be an album you definitely want to hear. Imagine Sonic Youth, My Bloody Valentine and The Pixies having a fight - the result is 1992.

Leaper can be pre-ordered from the Hand Drawn Dracula Bandcamp page here (https://handdrawndracula.bandcamp.com/album/leaper). I've already grabbed one of the 300 limited edition vinyls so be quick. While you're at it, check out Hand Drawn Dracula's whole catalogue as there is a lot there to love. The XIV compilation isn't a bad place to begin exploring - that's available directly from their site.