11th and 13th March saw Depeche Mode play the only two nighter of the Latin American tour with two huge gigs at Foro Sol in Mexico City. Michael Lyons previously told us the story of night 1 and to tell us all about night 2, we welcome back Ana Soto from depechemode.mx. Ana has already reviewed shows in Milan and Warsaw for this project and it's great to have her back once again. This review is another superb Soto story, emphasising the passion that greeted the band during their stay in Mexico and filled with tales of DM families, a proposal and, yes, a successful t-shirt gun catch. Thank you for this and for the videos and pictures Ana. 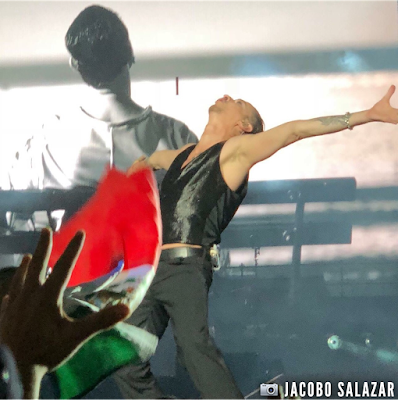 Why are the second shows in a same city always so great?

Well, there are a few diferent songs for starters, but there is something else: the crowd.

A perfect combination of hardcore fans that would never miss the chance to see Depeche Mode twice in the same place, the new but passionate fans that didn’t have enough experience to get tickets for the first night and, in this case, families, lots of families!

That’s right, on March 13th 2018 Foro Sol was the best place to be for many parents and their children to hang out together sharing a same passion: Depeche Mode. And their happiness, energy and excitement fuelled the whole night.

It was 8.43 p.m. when the lights turned out and every single detail made the crowd yell: the fog, Revolution byTthe Beatles, the walking boots on the screens. 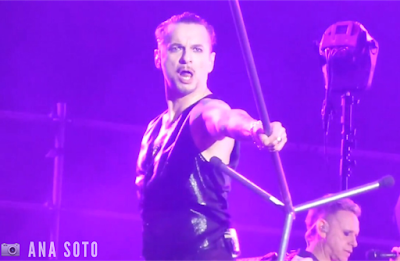 The mood among the band was also high and great, it was easy to notice it when Andy Flecther playfully showed his tongue to Dave Gahan during Going Backwards.

By the second song, It's No Good the crowd was singing so loud that it was really hard to hear Gahan’s voice. The reward to this amazing moment was Dave splashing some of his sweat to the audience.

During Barrel Of A Gun the fans were a little bit quiet, maybe because they left so much energy in the song before, but Dave yelling "Good evening Mexico City!" was enough to bring back the high mood.

Useless was the song with a little mistake. Dave sang the line "All my hanging around twice instead of singing first "All my useless advice". Here you can watch it - see 4 minutes 5 seconds:

After 16 shows without Judas in the setlist (last time was Berlin second night) this song made a great come back in Mexico City. We felt very lucky to hear it -  here is the video:


But Policy Of Truth was the song that made everybody go nuts again, singing, yelling and dancing, making the simple act of listening live one of their favorite songs feel like a privilege. Maybe you can feel it too in this video:


It could be a second night, but for me it was the first time seeing one of the t-shirts that Dave Gahan launches during Never Let Me Down Again. This was the happy girl that caught one in General B zone: 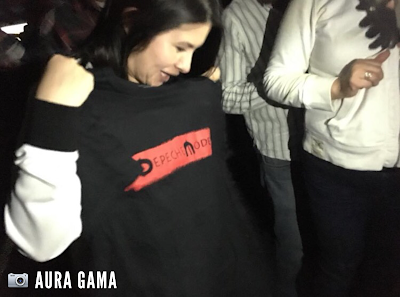 Somebody had been absent from the tour for almost 5 months, but Martin Gore brought it back in the second night in Mexico. If you want to listen it again here is the video:

“Thank you for singing something special tonight” said Dave to Martin when he jumped back onto the stage to take back the lead singing.

At 10.54 p.m. we heard the last notes of Personal Jesus, with the song ending with a very excited Dave Gahan saying: ‘Wow, wow, wow Mexico City!’

And I must tell you this was not just a very polite goodbye for the Mexican fans, the band was really happy with the shows and the audience. That was exactly what they told to the manager of the vegan coffee shop where Martin Gore enjoyed his last meal in Mexico City the next day. 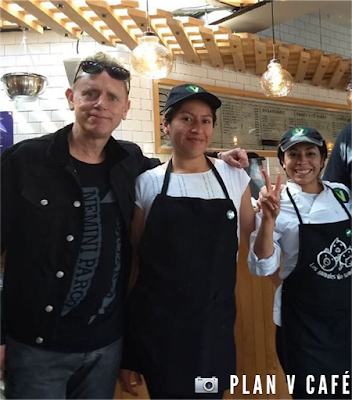 Actually, I was lucky enough to met Martin that day too and with a big smile he told us: ‘Those were great shows!’ After that my smile was even bigger than his!

But I was not the only one full of happiness after that epic second show. There are some little stories that happened that night that I really would like to share with you.

Nobody had a better place in the show than this 7 year old girl. An amazing security guy from Depeche Mode team put her in the other side of the barrier at the very end of the catwalk, also he gave her a guitar pick from the band. Not bad for her first DM concert! 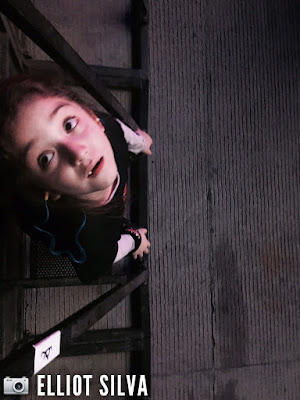 And I told you that night was all about families - this little boy was very sad because he couldn’t go to the first show, but his parents took him to the second and he was so excited wearing his Enjoy The Silence costume. This was his first concert ever! 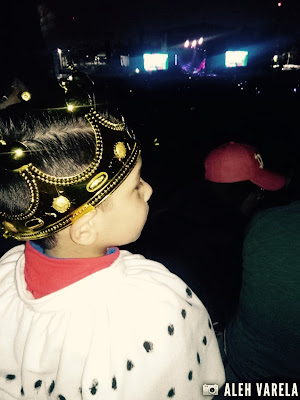 And what about this family posing like Depeche Mode in the  Strangelove video -  you can feel the love! 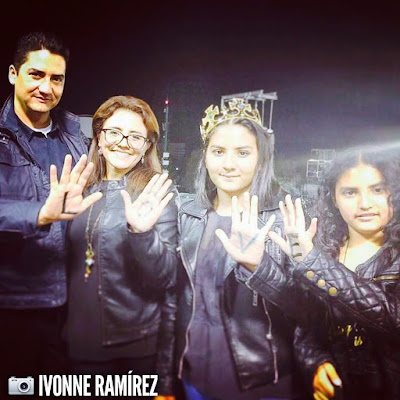 Finally, this girl proposed to her fiancé at the concert because Depeche Mode music helped them to build their relationship (and he said yes!). I am pretty sure that for many of us Depeche Mode has played the same part in our love life. 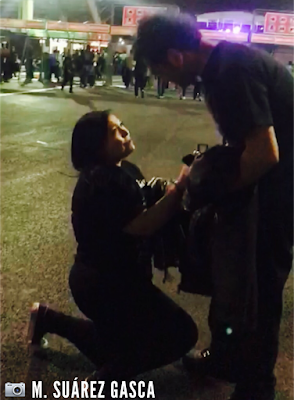 Thank you Depeche Mode (especially Martin Gore!), thanks to the members of depechemode.mx group that shared their stories and pictures, thank you Plan V Café and thanks Almost Predictable Almost blog for this amazing project!

And thank you Ana!