Between Exciter and Playing The Angel (see next blog whenever that appears) Depeche broke new ground for them and released a remix compilation - Remixes 81-04. As I recall at that time more and more people were speaking of Depeche Mode as an influence on all spheres of electronic music and it seems that the remix album was released with a view to capitalising on that as well as with a view to increasing a number of bank balances. It is an interesting album mixing old (some good, some bad) and new (some good, some Headcleanr Rock Mix of Nothing). Here's how it all happenned. 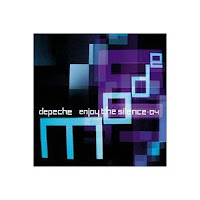 The first we heard of this new album was with the release of a remixed version of Enjoy The Silence. Released on 18 October 2004, the single reached number 7 in the UK which was really pretty impressive. A whole host of formats were available al featuring brand new remixes of classic Depeche tracks. The lead remix was a single edit by Mike Shinoda (Enjoy The Silence - Reinterpreted by Mike Shinoda) of shouty metal buffoons Linkin Park. I still really like this version. It adds quite a bit to the original making it a bit more grisly and adding harder electronics but it doesn't ruin the beauty of the tune. Ok, it was never going to surpass the greatest song of all time (see Violator blog) but it's not a bad effort at all. The song was released on CDBONG34 (right) along with another new remix, the Goldfrapp Remix of Halo which is a fantastic version turning what is a towering beast of a DM song into a ethereal acoustic style track with added vocals by Alison Goldfrapp. Well worth checking out unlike the video for Enjoy The Silence (Reinterpreted etc) which is utter balls. Given that the original video is one of the greatest things committed to film, you'd have thought they'd just forget a video on this occasion. 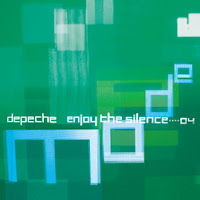 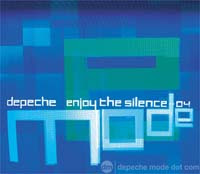 As well as CDBONG, we also had an LCD and an XLCD. LCDBONG34 (left) featured three tracks - the Timo Maas Extended Remix of Enjoy The Silence, the Ewan Pearson Remix of Enjoy The Silence and the Black Strobe Remix of Something To Do. The first is good, the second an excellent 7" style remix but the star of the show and the track that most excited me at the time is number 3 the Black Strobe Remix. The fact that one of the great DM album tracks was getting a look in was great but this mix exceeded any expectations I had. It's fantastic and I really recommend it to you all. XLCDBONG34 (released on 22 November 2004) ( above right) added 4 remixes - two of Enjoy The Silence (Richard X Extended Mix (great) and Ewan Pearson Extended Remix (good but I prefer the 7" version)) as well as the Cicada Remix of World In My Eyes and the BRAT mix of Mercy In You. The Cicada Remix is really good and can only ever be played very very loud. The mix of Mercy in You is of course by DM's webmaster BRAT and is very much in the classic 12" extended mix vein and all the better for it. All in all, XLCDBONG34 is a real treat and though hard to find is worth grabbing should you see it. 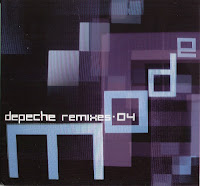 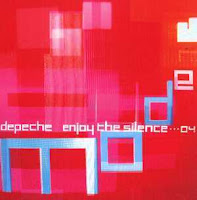 Not forgetting us vinyl addicts the band also put out three 12" singles. 12BONG34 (left) is a two track affair featuring the Timo Maas Extended and Ewan Pearson Extended Remixes of Enjoy The Silence. L12BONG34 (released 22 November 2004 - right)  contains the remixes of Something To Do and World In My Eyes by Black Strobe and Cicada but also throws in an absolutely bloody marvellous remix - the Rex The Dog Dubb mix of Photographic. Part of the beauty of the remixes put out at this time was that they were remixes made by fans of the band. The Rex The Dog mix is one of those mixes that DM fans (ok not all - I don't speak for everyone) hears and just gets because it sounds like a mix a DM fan would make. It's a brave choice too taking on what most people say is the best Speak and Spell track. Finally, vinyl wise, XLBONG34 (also released 22 November 2004 - below) gives us the Halo remix by Goldfrapp and two new mixes - Clean (Colder version) and Little 15 (Ulrich Schnauss Remix). I still don't quite get the Colder remix to be honest. It's ok but doesn't really do a lot for me. The remix of Little 15 by Ulrich Schnauss is nice though and worth hearing. 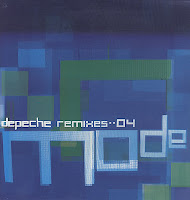 Overally, this really was an excellent release given the quality and number of remixes. What I like is that the 12" and cd singles weren't jammed up with remixes of obvious tracks with the majority of remixers going for album tracks instead. Good work all round really.

The Remixes 81-04 album followed on with the CD releases on October 25 2004 and the LP releases on December 13 2004 reaching a not that great number 18 in the UK. The album was available on a whole number of formats and rather annoyingly at the time included a download only section of remixes. I say annoyingly - what I mean is that I didn't have broadband at the time so even attempting to download them would have effectively broken the internet in Glasgow. As I have resolutely stuck to physical releases only on this blog I'm going to do that here too so I won't be covering the digital releases for the Remix album or indeed for the Playing The Angel releases especially given that I don't think anyone is 100% sure what remixes were made available digitally then as there were so many of them. (Ok, I know that some of you will not the exact number but you get my drift). 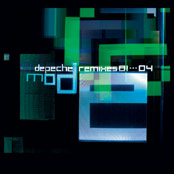 The same tracks appear on the triple album. The remaining two cd versions have selections from the above tracklist on them but don't feature tracks 1-11 from disc 3. The covers were all the same - see right  In all honesty, the LP or 3CD version was the only version worth having here given that it contained the remixes exclusive to this release. The A Question Of Lust remix is a rare one and was previously only available in the UK on the 1986 AQOL cassette single or on the French cd edition of the single. It's a rather decent mix too. Track 2 is an extended version of the WIMS remix from the single. We know all about track 3 already. The Daniel Miller remix of World In My Eyes is great. It's a bit less Kraftwerk than the original song and features different and harder sounding drum sounds. Passing by the overlong Tenaglia mix we come to the Club 69 Future Mix of Its No Good which was originally a promo mix given unncessary legitimacy here. The remix of Nothing somehow manages to make me yearn for the original version of Nothing which is quite a feat. The LFO mix is pretty cool though I've always felt a bit let down by it but only because I had high expectations of LFO remixing such a good song.

And that was that - he Remixes 81-04 campaign over and done with a a matter of months. It was an interesting experiment that threw up a number of very good new takes on classic Depeche songs so for me it was worthwhile. Ultimately, the later Remixes compilation would be more interesting given the remixers involved but that's a tale for another day.

Next time - Playing The Angel featuring classic DM tracks, actual b sides (woohoo!) and as much as we can try and ignore it, I Want It All.

Thanks as ever for reading and thank you to depechemode.com, depeche-mode.com and depmod.com
Posted by DJM at 14:30 1 comment: