LET'S HAVE A BLACK CELEBRATION

The album was released on 17 March 1986, and its subsequent tour saw the band first play arenas in the U.K, as well as seeing them properly break through in America, where they moved from a cult concern to a band who filled large venues, albeit with little to no radio support. Without Black Celebration, we wouldn't have the Depeche Mode we have today, and that would be a very bad thing indeed.

In celebration of the 30th anniversary of the release of Black Celebration, this month on Almost Predictable Almost is going to be devoted to this wonderful album, with a new article each day offering insight, opinions and inevitable overuse of the words "Black" and "Celebration."  There will be a few guest posts, the usual things from me, a hugely interesting and, for me, incredibly exciting, exclusive interview with Gareth Jones recalling his time producing the album, interviews with Speak & Spell and Forced To Mode, a chat with Dennis Burmeister, author of the extraordinary Monument book and much more as you can see below.

I hope you enjoy as many of the next 30 days worth of posts as you can. Please feel free to join in the chat about it here, on Facebook (https://www.facebook.com/almostpredictablealmost/) and on Twitter, either on my own page (@davidjmcelroy) or on the blog's page (@almostprdalmost). Finally, there will be pictures of records and so on throughout and you can see more of these on my Instagram - @djm3875. As well as the Black Celebration stuff there are and always will be loads of other Depeche stuff if that floats your boat.

Finally, some credits. In preparing this month's worth of posts, I've used pictures from three very important Depeche Mode fan sites who I have endeavoured to credit each time. The odd picture may slip the net though, so if you're from one of the sites and see I haven't given you credit please let me know. Those sites are:

Depmod.com - http://www.depmod.com/misc/index.html  - THE collector's site. There isn't one Depeche release from any country on earth that isn't covered here. Want to know about the Philippines 12" of Strangelove?  Go there. Need to check how many editions of the A Broken Frame album there are on cassette? It'll tell you.  The forum is a treasure trove of information.

Depeche Mode Television Archives - http://www.dmtvarchives.com/  - An attempt to get a record of EVERY DM television, radio and media appearance from the band's first day to now. The amount of stuff on the site is bewildering and you can lose days there. You can view the archives forums even if you aren't a member of DM TV Archives, but go and register as it's a wonderful site

Do go and check out these sites. The first one is trickier I admit, but the latter two are sites every Depeche fan must see.

Thanks very much to all three sites for their help in putting all this together.

Also, thanks very much indeed to Aidan, Panos, Amanda, Niggels, Sean and Kevin for their articles. and Glen for his DJ skills. Thanks too to Dennis, Matt, Brian Griffin and Gareth Jones too for all contributing so much to this project.

FRIENDS IN AMERICA - BE IN LOVE EP

Ahead of their second album Old Indifference, Friends In America have released a new e.p. called Be In Love.  I've been waiting for this for quite a while as I loved, and still love, their debut release What It Is To Be from 2013 and, pleasingly,  Be In Love is a wonderful release and something of a leap forward for the band. Lead track Bad Pint is as good a track as you'll hear this year. It brings to mind Frightened Rabbit mixed with Talking Heads which I admit sounds odd, but it really works. To my ears, there's a distinct sense of early R.E.M. too. Comparisons are a but pointless though as Bad Pint firmly stands on its own feet. Its mix of wonderous melodies with quite fantastic lyrics that speak of finally having to accept that one day we all become adults - I'm still not quite there yet. Have a look at the lyric video below for the song n its full glory

Bad Pint then leads into the equally superb Souvenir which, like the lead track is further evidence that Friends In America are onto something special. Like Bad Pint, it is nostalgic in tone, almost a downbeat continuation of that song's lyrical themes The third track, You Are is a dark sounding tale of love and loss, filled with noisy, clanging guitar lines and, once again, it's simply a great song. 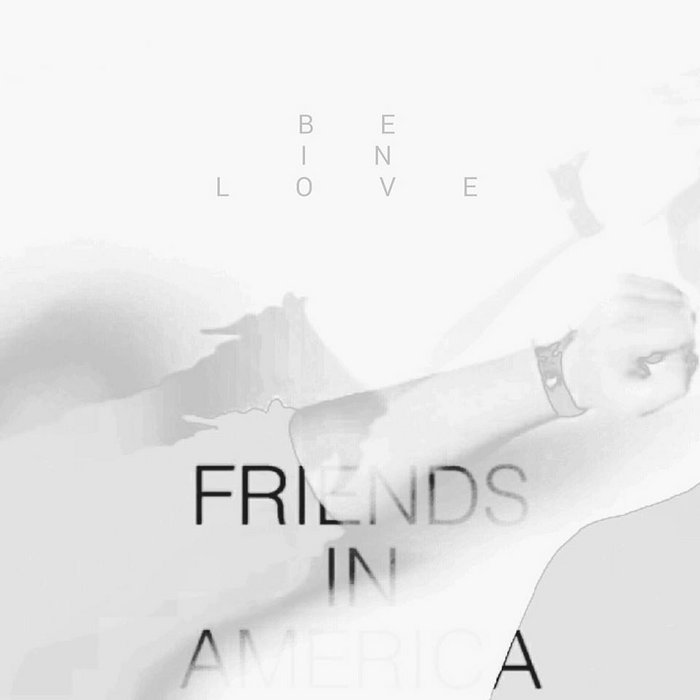 The e.p. then concludes with two covers. Firstly, there is the band's take on Joanna Newsom's Peach Plum Pear which is really cool and, following that, a version of Grow Old With You from The Wedding Singer, with that song's lyrics a nice conclusion to them themes of the band's earlier self penned tracks.

Ultimately, Be In Love is an excellent bridge between What It Is To Be and Old Indifference and it certainly builds the anticipation for the band's forthcoming album. Definitely an e.p. to check out and you can do so at the band's Bandcamp page where it's available free or for whatever price you fancy paying

Email ThisBlogThis!Share to TwitterShare to FacebookShare to Pinterest
Labels: Be In Love, Friends In America, Frightened Rabbit, Joanna Newsom, Old Indifference, REM, What It Is To Be

EMMA POLLOCK - IN SEARCH OF HARPERFIELD

With her work initially with the wonderful The Delgados and after that as a solo artist, Emma Pollock has made an indelible mark on the Scottish music scene. The Delgados' music inspired a legion of bands and their label Chemikal Underground is easily one of the most influential British indie labels there has ever. Add to that the creation of Chem 19 studios and the work it has done both for the music community and the wider community at large and you begin to get an idea of the importance of the work Emma has been involved in since The Delgados' inception. Now, six years after her last solo release The Law Of Large Numbers, she has returned with her third solo album, In Search of Haperfield and, quite simply, it is one of the best albums you will hear this year.

The album's title is central to its whole theme. Harperfield was the name of the first house Emma's parents bought and she uses her childhood memories and a nostalgia for the past as a way to express herself of what is a very personal record. I love this type of music, introspective but warm and full of emotion. A bonus is that, like Emma, I'm from Castle Douglas in beautiful South West Scotland. The songs here share that part of the world's space and my time there is something I look back on fondly. It's hard for me not to love this album.

Opener Cannot Keep A Secret sets the scene perfectly. An understated but captivating verse leads to a piano driven, gripping chorus that propels the song along beautifully. The track, echoing its nautical lyrics, ebbs and flows and you are grabbed immediately. The superb dark pop of Don't Make Me Wait follows, string laden and energetic with Emma's voice soaring throughout. There is a distinct 60's pop vibe here, something Dusty like which is a real joy. Alabaster starts like an experimental track, but is still warm and human despite its almost robotic feel and that leads into Clemency which brings to mind REM at their most serene, albeit a serenity laced with a tough lyrical edge. With an album this good, picking a highlight seems almost futile, but if pushed, I'd have to say Intermission is that highlight. Beautifully evocative strings underpin an incredibly striking track that is all perfect melody and lyrics that you simply wish you had the ability to write. It;'s one of the best songs I've heard in ages and more than enough justification to get this album based on one track alone. As with all the songs here, the lyrics, whilst obviously distinctly personal, are so well written that you can easily interpret them to hold some meaning for yourself and Intermission is as good an example of that as there is. And as for that strings part running through the sing....wow.

Parks And Recreation changes the album's tone next, a song that sounds like a call and response Pixies doing glam rock which is clearly a very good thing indeed. Guitars stay to the fore on Vacant Stare which, for me, brings to mind Belly's Star which I have to say is nothing more than a high compliment. It's a track that, along with Intermission, I've been playing on a loop since I heard this album. In The Company Of The Damned returns us to the contemplative nature of the opening tracks before the stunning Dark Skies arrives, rivalling Intermission  in the album highlight stakes. It is s stunning track that shows off all the best there is to Emma Pollock's talent. Just perfect. Monster In The Park then leads us to the closer Old Ghosts which is just about as spot on an end to an album of this nature that you could hope for. Recalling the 60's pop vibe of the earlier Don't Make Me Wait, the song lifts you up, embraces you and floats away with you, closing off the album majestically.

In Search Of Harperfield  is the sort of album that you hear and wish you had written. It's emotional, evocative, warm and, frankly, bloody brilliant. This will be one of my albums of the year and I know that it will be one of yours.
Posted by DJM at 13:55 No comments: