It's easy to write off Speak & Spell as a poor album and to view Depeche Mode as only really coming into being with Construction Time Again. The band do so why shouldn't the fans? To many it's viewed as an anomaly; a throwaway synthpop album with lightweight tunes featuring pretty boys, boys saying go and no discos. To those people I say listen again - there is far far much more to Speak & Spell than that 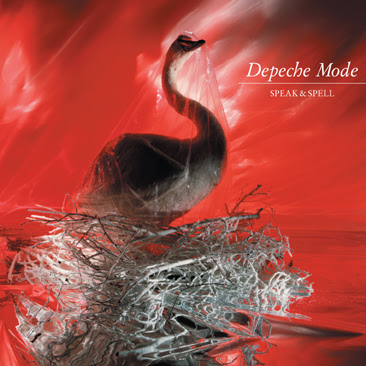 Look at the musical landscape of 1981 when Speak & Spell came out. We had people dressed like Revolutionary France nobleman, Dandy Highwayman or sporting in crap suits and poorly applied make-up Much, much worse, we had tartan clad buffoons like Spandau Ballet. Ok, nobody is going to suggest that Depeche Mode weren't dressed poorly. Anyone with eyes can see that Dave needed a different hairdresser in 1981, and the suits/trilby combo from the Just Can't Get Enough video really is a something we all want to forget about. As the "live" section of the video shows, Depeche stood apart from their peers with their leather and military style clothing, despite how incongruous that seemed when you consider the poppy song they were miming to. Anyway, my point is that in comparison to the clothes horse bands knocking out substandard rubbish, Depeche get wrongly lumped in with, Depeche stood out. They were different to these other bands. That's point number one.

The next and most important thing to consider is the music. From the very off, Depeche Mode offered something different,  a point entirely emphasised by the Some Bizarre version of Photographic which released before Speak & Spell itself. They mixed pop sensibilities with an electronic sound far harder than any of their contemporaries, drawing much influence from Kraftwerk, The Normal and so on, but retaining an ear catching melody. Whilst other "synth classics" of the time offer some promise (for example the opening 8 bars of To Cut A Long Story Short which is the only 8 bars of worthwhile music Spandau Ballet produced) they are very few, if any albums from that era that are firstly purely electronic and, secondly have stood the test of time. Speak & Spell satisfies both those criteria.

Let's start with the opening track New Life. By the the album was released, New Life was already well known. The song having charted high as a single, leading to the band's first Top of The Pops performance. As with the majority of Vince's lyrics there's not a lot of sense to be had bar the odd line, but that really doesn't matter with a song of such undeniable quality. It could almost be termed dance music given the speed it flies along at, and it ends beautifully on a Beatles-esque 4 part harmony. It's a perfect start to the album. I Sometimes Wish I Was Dead (early signs of the fun Vince was having in the band perhaps) pops up next and again mixes electronics, a fairly hefty bass line and beautiful harmonies ( "Never say goodbye........but I don't know why") to fantastic effect. Track 3 is Puppets which could easily have been another top ten single, and was in fact performed on UK television at the time (below), so perhaps that was the intention. Again for an album that is on the face of it a synthpop album this is fairly dark stuff, both musically and lyrically with Vince's lyrics influenced by his or a friend's drug experiences. Puppets is a perfect example of why this album should not be idly written off as, even though the band grew and developed in many different ways over the next few years, Puppets is template for early Depeche Mode work up to 1986.

Boys Say Go! is the next track. Ostensibly a song about going out with the lads for a few drinks, it is a fairly rowdy track and there's nothing wrong with that. The band kept it in the set until the Black Celebration tour, which says a lot for how well it went down live. I know of people now (or perhaps a person - hi Niggels) who'd love to see it return to the set and why not? You know you'd jump around to it - you do. The next two songs are for me the album's weakest tracks. Nodisco is interesting musically, but the lyrics let it down. As with the whole album, it is impeccably produced by the band and Daniel Miller with the able assistance of John Fryer and Eric Radcliffe. The sounds that were sculpted and created in the studio are majestic, and, bar a few, do not sound dated at all.

The album's most controversial moment for Depeche Mode fans comes next with What's Your Name. For a blog defending the album and indeed begging you to give it another go, I've got to say that this is a bad track. Compared to the moody almost experimental music we find elsewhere, this is a slice of generic synthpop that sits alongside the other rubbish of the time. The album would not miss this track if it wasn't there put it that way. Saving us spectacularly is track 7, Photographic. The song's first appearance was on the Some Bizarre album, and, there, it was a driving electronic track which was pretty much perfect. The album version is different however, as it is longer and darker, but it is still something very special. It certainly fits with the futurist tag of the time and, lyrically, it almost sounds like it's written from say the 1930's imagining an electronic world of the future. That said, you could also argue that it's written from the perspective of a stalker talking illicit pictures, but I prefer the former version. It's a stunning song and again ensures that Depeche stand well above their peers.

Not to be outdone by Vince, Martin contributes the next two tracks. Tora! Tora! Tora! is a slab of electro goodness far spikier than any of Vince's tracks, with lyrics about skeletons and Americans, all creating a unique track which sounds like nothing else mainstream at the time. Big Muff follows, an instrumental and a belter of a track. The promo sheets issued by Sire, the band's US record company at the time, talked of Big Muff as being a "Eurodisco" track . That  isn't quite how I'd describe it but, fair enough, it was all new to them at the time. Try and track down some early bootlegs to hear how good Big Muff sounds live - it's raw and fantastic. Vince reclaims the song-writing pen for Any Second Now (Voices), but Martin takes over the vocals. This is a beautiful beautiful song which puts one in mind of standing on lonely European railway station platforms surrounded by smoke mourning the end of a cherished relationship. Something like that anyway. The music perfectly suits the lyrics and melody and it all just works perfectly. If you don't like this song then you really aren't trying hard enough.

We end, of course, on Just Can't Get Enough which is where Depeche Mode said "Ok we'll do a synthpop song but it's going to be far better than anything you'll do" and they weren't wrong. It's VERY easy to dislike this song only because every time you tell someone you're a Depeche fan they either say "Oh yeah...Tainted Love right?" or "The 80's band? I remember them -  'And I just don't seem to get enough of DO DO DO DO DO DO DO DO" etc". Ignore that feeling. Swallow it deep down. Just Can't Get Enough is synthpop at its finest. That is all you should ever need to know.

The criticism of Speak & Spell is genuinely baffling. Ok, it's not Violator, Songs of Faith And Devotion or Black Celebration,  but it's the sound of a band trying something new whilst trying to be different and you have to appreciate the sheer quality of what they produce. So many people are rightly quick to praise Dreaming of Me and Ice Machine but they then disregard Speak & Spell. They are all part of the same thing and, together, they all show why Depeche Mode were by far and away the finest band from that era.

Remember this - without Speak & Spell we wouldn't have the Depeche Mode we do now.

And that really wouldn't do would it?

I was excited to learn this morning that the Independent Label Market  is coming to Glasgow on Saturday 12 October. Set up as a Farmer's Market style affair you can browse the wares of a large number of Scottish independent labels and shops (such as the fantastic Love Music Glasgow ) and frankly go mad buying as much music as you possibly can. The event is held in conjunction with The Vinyl Factory and you can read more about it here. There's also a Facebook page which contains more info.

There will be dj's, live performances and much more. The event is held at the Barras Art and Design Centre and will run from 10am until 6pm. See you there!