DEPECHE MODE - THINGS MUST CHANGE - A BROKEN FRAME AND 1982

Vince's departure caused a very obvious problem for Depeche Mode. Their main songwriter had gone leaving the band with three blokes only one of whom had produced only songs for Speak and Spell. Surely they were finished? Thankfully no. I guess for many DM fans this was a huge turning point as it gave Martin a chance to take control which itself led to the band we know today. If Vince had stayed, would we have had Everything Counts, Lie To Me, Stripped, Never Let Me Down Again, Personal Jesus etc etc? Probably not. Ultimately Vince's departure turned out to be a very good thing although some of the tracks on A Broken Frame dont necessarily back that up.


The first fruit of the new Depeche Mode was the quite brilliant See You released on 29 January 1982. The b-side was a decent track called Now, This Is Fun which opened a few live show 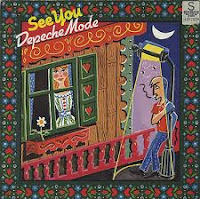 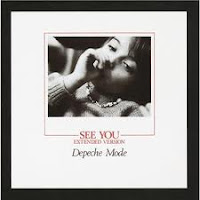 harts the band's highest chart position to date. Perhaps it was the dubious quality of the video which stopped it getting even higher. See below for the full horror. The band's first video had been produced for Just Can't Get Enough. It was a perplexing mix of a leather clad synth band surrounded by dancing ladies and a bunch of 4 oddballs drinking cocktails pretending to play trumpets. That the JCGE video is ten times better than the See You video says more for See You than JCGE. "Oh look...Fletch is playing a cash register. And Dave's chasing a girl round Boots". Dreadful. The German 12" of this song is a reddish grey multicoloured vinyl and is well worth seeking out. See You was also released on red vinyl 7" in Germany as were the next few singles. The red vinyl 7" singles are lovely things.


So See You was great and that itself seemed to point to a promising future for the band. The next release would be hugely important so why oh why oh why did they put out The Meaning Of Love? My own guess is that Martin wanted to keep focused on the pop market hence this tune seeing the light of day. As he developed as a songwriter Martin became expert in experimenting but keeping a popular edge to songs. This wasn't one of them. The Meaning Of Love came out on 26 April 1982 on 7" (7MUTE022) 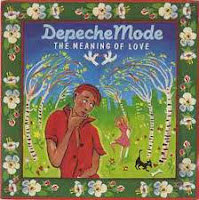 (see right) and on 12" (12MUTE022) (below). To be perfectly honest the b-side was the best thing on offer here. Oberkorn (It's A Small Town) is an instrumental track which is really quite fantastic. It was found on these releases as a 7" version and as the Development Mix on the 12". Both are excellent examples of where the band was heading when combined with the influence of Daniel Miller and the studio knowledge of then hidden member Alan Wilder. 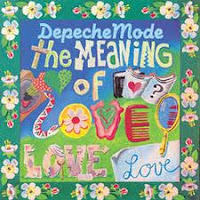 The remix of The Meaning of Love on the 12" was entitled Fairly Odd Mix. I really dont have to say much more about it than that. The German 12" was a yellow vinyl effort which is again rather lovely and again a red vinyl 7" was released. I could go on about the video (below) here but I won't. Suffice to say it was as good as the song it was promoting. The song managed to climb to number 12 in the UK charts which I guess was an achievement in itself. The trouble for Depeche Mode by that stage was that their power in the charts seemed to be diminishing whilst the fame fearing Mr Clarke's was growing given Yazoo's chart domination. It seemed like things were on the slide for Depeche Mode.

To promote their forthcoming album a new single was released in 16 August 1982. Leave In Silence was the choice which seemed a little strange given its general sound and feel. It was entirley the opposite of TMOL in that it was darker, moodier and ...well....good. Leave In Silence remains a firm favourite amongst Depeche fans and was resurrected 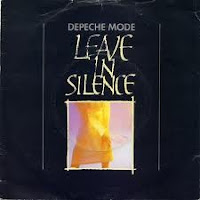 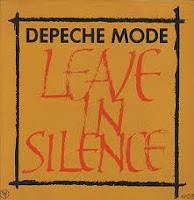 The additional remix of the b-side was pretty much what it claimed to be. The German 12" was released on clear vinyl and a 7" red vinyl can also be found. The single only reached number 18 in the UK which is a bit of a travesty given that TMOL reached several places higher than that.

An important point to note about this release is the introduction of the BONG code for Depeche singles i.e. this was BONG1. I would guess that giving the band their own release code meant that Daniel Miller and Mute had faith in their future which of course turned out reasonably well. Finally for Leave In Silence there was another video. Facepaint, a Generation Game style conveyor belt thing and the band bouncing around on space hoppers is all you will ever want to know about that. If you can bear it watch it now

Hot on the heels of Leave In Silence came the band's second album A Broken Frame available on cassette and lp (CSTUMM9 and STUMM9) and released on 27 September 1982. The album features the three sing 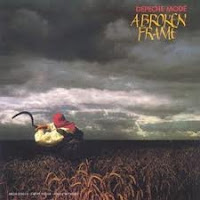 les above and reached number 8 in the UK which could be said to be a bit odd given that two of the singles from the album were 9 and nearly 6 months old. The album's tracklisting is Leave In Silence, My Secret Garden, Monument, Nothing To Fear, See You, Satellite, The Meaning Of Love, A Photograph of You, Shouldn't Have Done That and The Sun and The Rainfall. It's by no means their best work and indeed features some awful music (A Photograph of You, The Meaning Of Love) but this album has some great moments. Nothing To Fear is an instrumental track which is really rather good. Monument is a teriffic song despite the occasional lyrical oddity and My Secret Garden is good if only for its ambition.


The highlight of the album is however the last track The Sun and The Rainfall. The song is a fan favourite and always features in the "what songs do we want them to play" list when a tour is announced. The melody is great, the sounds are great and it ends on an audacious three part harmony/counter melody sing off between Dave, Martin and, oh yes, Fletch. If you dont yet have A Broken Frame then get it if only for The Sun and The Rainfall.


The band toured the album with Alan Wilder fairly extensively as can be heard on bootlegs from the time. One particular show in Glasgow is worth getting if you can as the sound is excellent. Alan became an official member of that band in 1982 and then they started bashing metal, recording under railway arches and had their first experience of Hansa Studios in Berlin.. This is where things get very good indeed and that's what I'll try and describe next time
Posted by DJM at 15:53