Ok, this is more what you'd call an artist rather than a band but you get the drift. Fiona Soe Paing is a Scottish/Burmese producer and vocalist who is based in Aberdeem. Thus far, she's released two e.p's, Songs From No Man's Land (June 2010) and Tower of Babel (Nov 2012) and she's shortly due to play at the Big Burns Supper Festival in Dumfries on January 23 (http://2014.bigburnssupper.com/alien-lullabies.php) 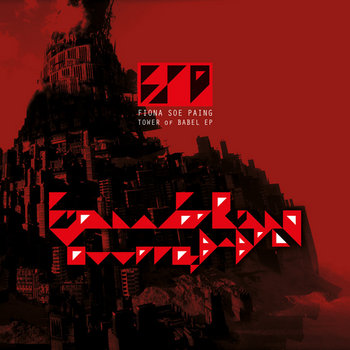 Both the e.p's are similar in style, though Tower of Babel is the standout of the two. Its mix of fractured electronics, samples and beats that bring to mind the darker parts of Kraftwerk's is tremendously impressive, no more so than on Daymoon Sun which is a great track. The other two tracks, Tower of Babel and Behrot are equally captivating and the whole e.p. really grabs you from the off. Go and grab both e.p's from Fiona's Bandcamp page today and delve in.