After telling myself I was too tired for this sort of thing, I got up at 6.45 this morning and headed down to Monrail Records in Glasgow to join the queue of vinyl lovers awaiting the early opening for Record Store Day. In my opinion, Record Store Day is a good thing. Obviously, record shops like the superb Monorail should be visited as frequently as possible and not just one day per year, but having a day that specifically focusses on independent record shops is a tremendous notion.
The beauty of Record Store Day is that it isn't just about picking up rare vinyl, although that's my main aim on the day itself. A quick look at Twitter shows that record shops all over the UK are putting on events throughout the day and there are more bands and DJ's to see that you could actually count. Monorail is no different - there are 8 different acts to see today (see below) and whilst you watch them, Mono will be serving food and drink, creating a marvellous atmosphere. The early punters like me weren't forgotten though as we all got free cakes after purchasing our goods. 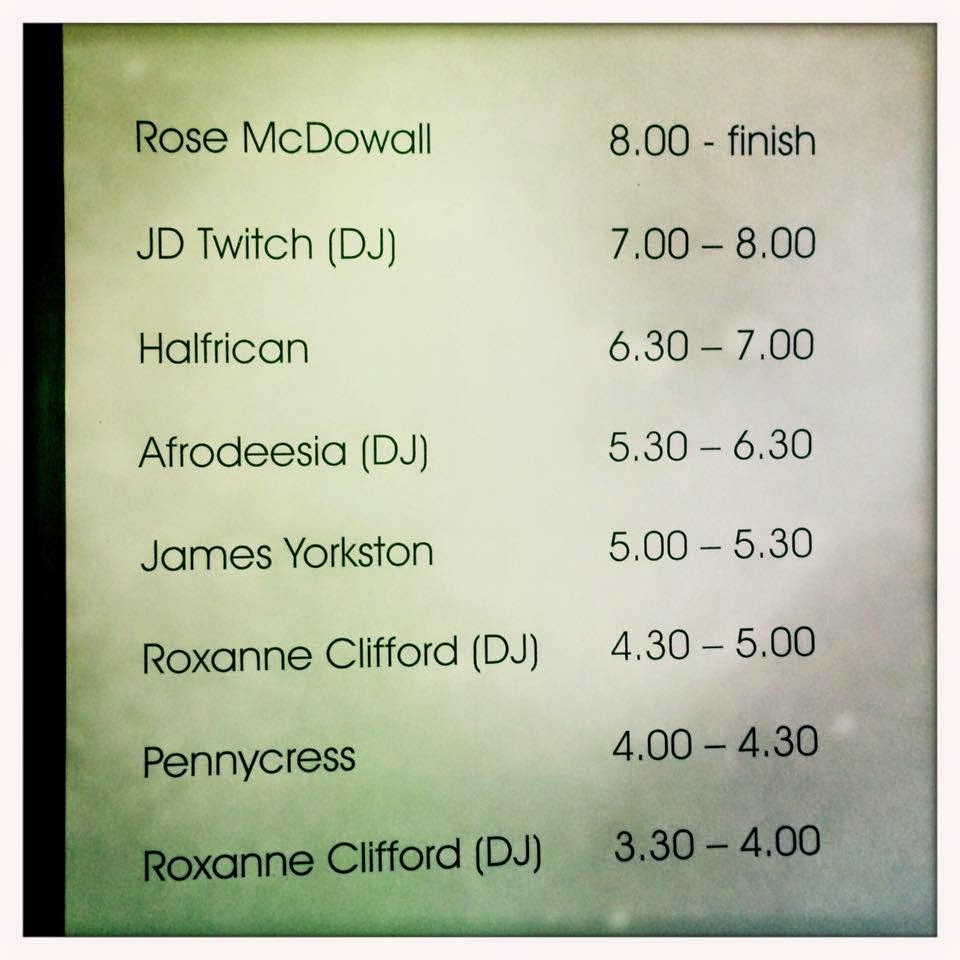 So what of the record purchasing itself? Well, I queued from around 7am and was about 40th or so in a queue that had clearly been in place for some time given the number of sleeping bags in evidence. That was the same at one of Glasgow's other great record shops, Love Music, too where people such as Edd Stark had been in the queue since Friday lunchtime. I should say that Love Music is also putting on a day of live music and events with a really cool line up. Anyway, the queue I was in at Monorail was slightly subdued given the early hour but everyone livened up when some kind soul passed around a box of mini doughnuts. Once the store opened, everyone filed in and checked lists etc whilst we slowly made our way into the shop. Once inside, I handed my phone which contained my want list to Stephen from The Pastels (that's surreal in itself!) and I managed to get the vast majority of my wishlist. I picked up:
Suede - Dog Man Star live at the Royal Albert Hall
Happy Mondays - Pills N Thrills and Bellyaches yellow vinyl reissue
Marnie - Wolves 7"
Tuff Love/Lazy Day split 7"
Chvrches - Get Away/Dead Air 7"
Johnny Marr - I Feel You 7" 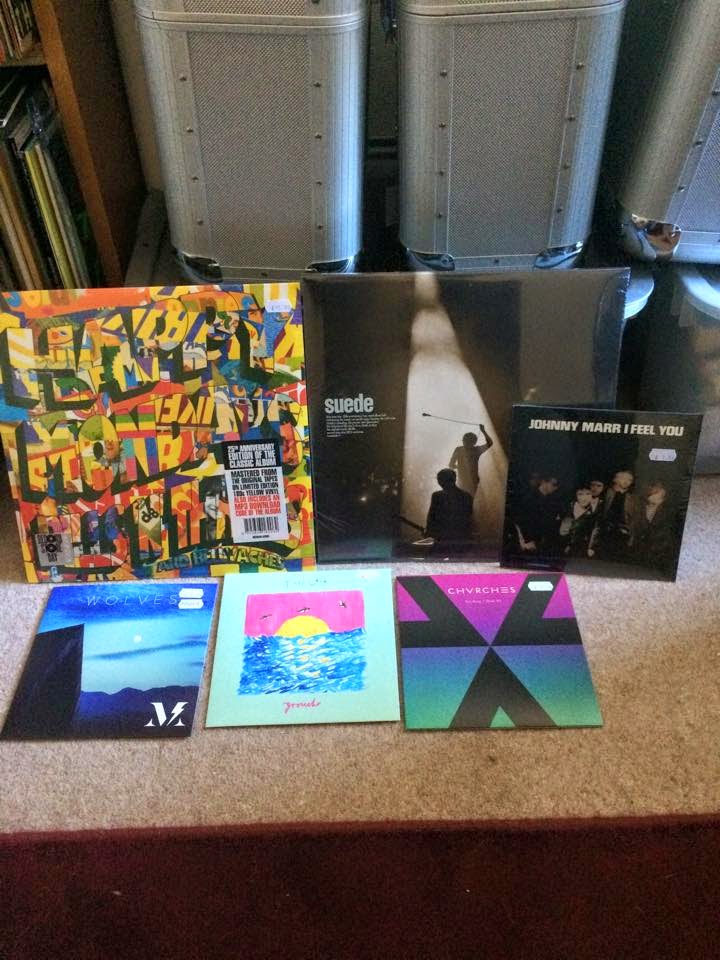 All I missed out on was the Erasure Violet Flame Remixes 12" but picking up the Johnny Marr 7" more than made up for that. Johnny Marr covering Depeche Mode? Superb.
Yet again then, Record Store Day has been fantastic and, as a vinyl collector, I love being there, taking part and soaking up the atmosphere. If you're reading this on the day itself (18 April 2015), get down to your local record shop, check out the bands and grab a record or two - you'll love it.
And if you're reading this after Record Store Day, get down to your local record shop anyway. Don't just visit it once a year.﻿
Posted by DJM at 13:25