Priest are Madelaine Priest and David Kazyk, a synthpop duo from Orlando who have just released their self titled debut album. Mixing influences from the present such as Chvrches or Warpaint with classic synthpop influences like Erasure, The Cure in their Japanese Whispers period and, yes I spotted it, Depeche Mode, Priest have produced a really rather lovely album that I'd put very much in the highly recommended category. 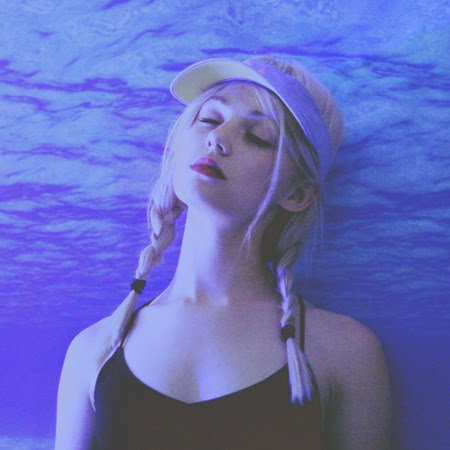 Here's the thing: everyone loves pop music. Unless the first song you heard was by Black Flag or Einzturzende Neubauten, you grew up loving pop music and, while you might have drifted away from it, there's still a place in your heart for it. This album immediately finds that place and repeatedly tickles you with top notch synthpop from the start to the end. Opener The Game is a prime example of Priest's talents. A beautifully melodic slice of synthpop joy, The Game is one of those songs that you hear and immediately feel like you've known it for years. It's followed by the harder sounding Heartbeats, a song that's more beats dominated than The Game but has an equally strong and, frankly, magnificent chorus that holds the song together perfectly. A very strong start is then continued by White Nights which has much more of a dream pop/indie pop feel than the preceding two tracks but all three amount to a hugely strong start to the album. Staring At The Walls is next, a sparser, more mournful track before another of the album's standouts Broken arrives, mixing a distinct 80's influence with a superb vocal and a chorus that is just about the most perfect chorus of all time. Once you reach this point in the album, you'll be hooked - trust me on that


Strong Hearts has the tricky task of following broken and decides to go full on POP with a the sort of synthpop track Erasure would be proud of. It's a bright, bubbly thing and instantly catchy. The pace slows with When The Strings Are Cut, a slower track bathed in icy electronics which leads to Day Drinking, another effortlessly excellent track. The penultimate track on the album Waiting For The End To Come is a celebration of classic film soundtracks, classic synthpop and all things 80's but in a very good way indeed. Like The Game, you hear it and instantly think you know it. I know it's boring and repetitive, but I have to again point out the chorus here - it's undeniably brilliant. Go and seek this track out and hear for yourself. We end on Lying on Your Grave, a soft, slower closer that rounds the album off nicely.

There are many highpoints on this this album and some tracks that are among the best electronic pop tracks I've heard in a good while, but most importantly, Priest  works as a whole album rather than a collection of songs punctuated with two or three outstanding tracks. It's a wonderful, superb synthpop filled album that I'm going to be playing a lot from start to finish and once you hear it, you'll do that too

Priest's self titled debut is available now on Itunes, Amazon and other digital retailers. A cd is available from the band's online store