I'm not doing the usual top 20 best whatevers as I'm too busy really. There are a couple of Depeche Mode projects in the pipeline (ha ha etc) which are eating up my writing time and my actual day job continues to annoyingly get in my way. So instead, here's a round of of the Best Music Things that caught my eye/ear/attention this year.

Before I start though, I just want to say thanks very much for reading all the nonsense I've posted this year and thanks for all your comments. It amazes me to think that people want to read what I write and I'll never quite get over that. Hope you all have a lovely festive season and I'll no doubt see some of at numerous Depeche gigs next year. Anyway, here we go:

BEST BIT OF 2016 #1 - HQFU
HQFU's debut album is one of the finest this year and her live shows are insanely good - it's music that would make the dead dance. The album launch show at Glasgow's Glad Cafe in April was very much one of this year's best bits. I even forced Helen Marnie and Stuart Braithwaite to have a picture taken with me. Not a very cool thing to do I know, but it was me, Ladytron and Mogwai - I wasn't going to miss that. Even admitting I did that is embarrassing, but let's move on. 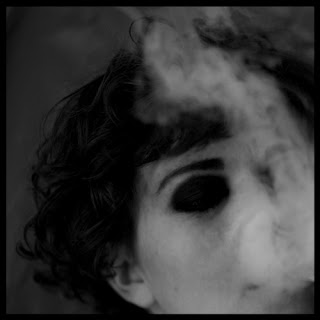 
BEST BIT #2 - MT DOUBT
Mt Doubt makes music that never fails to inspire or move you. Hot on the heels of 2015's My Past Is A Quiet Beast, In Awe Of Nothing provided more evidence of Leo Bargery's unique talent, with tracks like Afterglow setting the bar high for new Scottish music this year. You really must see Mt Doubt live too to witness the songs taken to new, wonderful heights.

In Awe Of Nothing review http://almostpredictablealmost1.blogspot.co.uk/2016/07/mt-doubt-in-awe-of-nothing.html

BEST BIT #3 - DEPECHE MODE ARE BACK
Ok, it probably won't be Violator part 2, but what I've heard about the new album is encouraging. There's a full tour too and I'm already signed up for the opening gig in Stockholm and the London Stadium gig in June with a few more to follow. Brace yourselves for a DM onslaught in 2017 on this site.

BEST BIT #4 - THE INSOMNIAC PROJECT
I won't stop talking about them until you all listen. There's something smarter than the average bear about this band and 2017 is going to be the year many more people find out about them. You know where you read it first

BEST BIT #5 - HAPPY MEALS: FRUIT JUICE E.P.
Another band who can't stop getting better and better. All the parts you need are there - space disco synth perfection, the catchiest of tunes and remarkably beautiful record packaging courtesy of the ever wonderful Nightschool Records. Fruit Juice is one of 2016's must have releases. Your life is poorer for having it.

BEST BIT #6 - MACHINES IN HEAVEN - PHENOMENOLOGY
Every time Machines In Heaven release something new, they go into territory they've never gone into before and they master it effortlessly. I've come back to this album a lot this year and I never tire of listening to it.

BEST BIT #7 - RODNEY CROMWELL FAX MESSAGE BREAKUP E.P.
Possibly one of the best releases this year, taking tracks from 2015's magical Age Of Anxiety and remixing them to perfection. I don't think Rodney or the Happy Robots label are capable of releasing anything that isn't just brilliant

BEST BIT #8 - LAST NIGHT FROM GLASGOW
In a city already besieged by incredible labels (festive hellos to Hotgem, Nightschool, Scottish Fiction and Olive Grove), Last Night From Glasgow came along and changed the game. A not for profit, crowdfunded label that focuses on the artists above all else with each release a uniquely beautiful thing. They've put out wonderful music by BooHooHoo ( a wristband usb ep), Stephen Solo (a credit card usb) and Mark W Georgsson (a 7" single of all things) among others and have hosted a series of live events, culminating in last Sunday's epic The Christmas Effect gig at Mono. Next year promises to be even bigger for the label and that's incredibly exciting. They are to be applauded for all their work - thanks Ian, Murray and the gang

BEST BIT #9 - TEEN CANTEEN - SAY IT ALL WITH A KISS
I strategically missed them out of Best Bit #8 as they deserve attention themselves. Their debut album, Say It All With A Kiss was one of Last Night From Glasgow and indeed this year's best releases. I defy anyone to do anything other than fall in love with the album. Teen Canteen also jointly presented The Christmas Effect with Last Night From Glasgow with lead singer Carla's side project Ette also featuring. As an aside, Ette's Homemade Lemonade album released on Olive Grove this year is another you have to check out

BEST BIT #10 - A MONTH LONG PERIOD OF REJOICING
It seems astoundingly big headed to pick one of my own things as a best bit, but in March I did a month long feature on Depeche's Black Celebration to celebrate its 30th birthday. I had a whole lot of wonderful contributors, I interviewed Gareth Jones and, for that period at least, I can say that I knew more about Black Celebration than Martin Gore probably did. It was fun and, along with all the otehr Best Bits, it's why I do this. 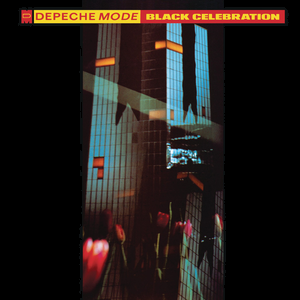 I could go on and on but I'm stopping here. I missed out Radiohead's A Moon Shaped Pool, Nick Cave's staggering Skeleton Tree, The Pixies at the Barras, the big Erasure boxset, the fact I managed to get Kraftwerk tickets for next year, superb releases from Zyna Hel and Monkoora and much more. After 2016 started so horribly for music with David Bowie's death (that still looks wrong when you write it down), there was plenty in the music world to find joy in both globally and, happily for me, locally too. Next year will be equally if not more epic and, between Depeche Mode ramblings, I'll try to keep you as up to date as I can.