MUSIC FOR THE MASSES - SOME NON DEPECHE MODE REVIEWS AND PREVIEWS 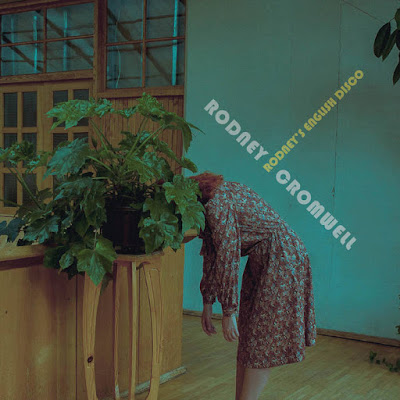 If you're a regular reader of this blog, you'll have noticed that the content has not been as varied as it might have been due to the mid life crisis that is The Global Spirit Tour Project. To find out what that is, click the link there to see. This is a non DM related post and it's going to stay that way.

The seemingly never ending Depeche tour has meant that, the odd review aside, this blog has focused entirely on one band since May last year. That'll remain the focus in a week's time when they kick off again so this is the ideal chance to talk about some other music that's been on heavy rotation in recent weeks.

First up, Happy Robots Records, home of the superb Rodney Cromwell has put out a couple of superb releases in recent weeks. Sinosa's If U Must Dance is a curious but wonderful mix of electrpop and skewed disco with Kraftwerk lurking somewhere in the background. It's available on the label's Bandcamp page digitally and on striking clear vinyl 7".

Label boss Rodney Cromwell is also back. The superb Comrades takes off from where the still marvellous Age Of Anxiety left off. It's a prime slice of synthpop of a quality that is harder and harder to find. The song heads up the forthcoming e.p. Rodney's English Disco which adds three new tracks and 4 remixes and is available digitally and on 7" red vinyl from 25 May. As with all Rodney Cromwell releases, it's one you don't want to miss.


Seeing as we are talking about bands I've gone on a lot about on here before, the news that Apostille is back is a great thing. His new album Choose Life is out on the 8th of June and it is destined to be one of my records of the year. The first single from it, Feel Bad, came out in March and it's simply brilliant, as is its video.

Sticking with Glasgow and its seemingly endless supply of outstanding electronic artists, HQFU's new album For Inhumanity (reviewed here) is still proving hard to put down and is highly recommended.

Graham Crossan, ex of Machines In Heaven, released two new pieces of music via his Bandcamp page in March with the dark electronics of Feel Everything (below) and earlier in the year in January with the superb GLVXGOW (Skip Ad) e.p. Graham's work with his new band Polis is also well

Going back to the pop side of things, Priest returned in April with a new e.p. The Lost Lions which is available in all the usual digital places. As you'd expect, it's yet more synthpop goodness and features the superb Our Time Will Come which came out earlier this year.

Finally, three releases I'm looking forward to taking with me on the road to Berlin for the final two DM gigs of the year. The 25th of May sees the return of blood blood, Davey from Machines In Heaven's side project. Black Tarot promises to be another superb blood blood offering and the small sample available on Facebook certainly whets the appetite. 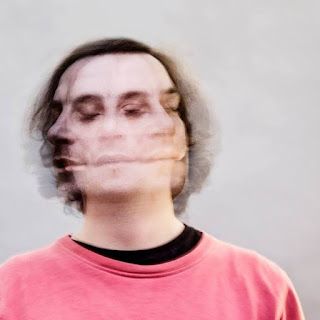 The new Your Silent Face release, The Fallen e.p., which is out this Thursday is a full on techno affair and from the Soundcloud preview (below), there's a lot to be excited about


Finally, Gus Harrower is back with a new single Wonder on the first of June. Gus' justified reputation as one of Scotland's best new singer songwriters has been enhanced by an ever increasing number of live shows and Wonder is only going to see his reputation grow and grow. You can find all his releases on his Soundcloud page (https://soundcloud.com/gusharrower) and on Spotify.

And that's that bar for a couple of things. Firstly, other than very occasional things like this, I'm going to step back from reviewing music on here. Unfortunately, the combination of further Depeche Mode projects on the way and real life mean I don't have the time to do bands justice and there's no point in providing half arsed reviews as that's not fair on the people that work so hard on their music. Thanks very much to everyone who has sent me so much music over the last few years. From it's start as the home of Depeche related geekery to what it became, running the review part of the blog has given me so much pleasure and introduced me to so many lovely people and bands. Thanks to everyone who's ever sent me things to review and sorry if I didn't get round to them.

Secondly, and not at all related to anything above, I just wanted to say how sad I was at the untimely passing of Scott Hutchison last week. He was a genius and Frightened Rabbit's The Midnight Organ Fight is proof of that alone. Like everyone else, my thoughts are with Scott's family and friends  - he will be much missed.