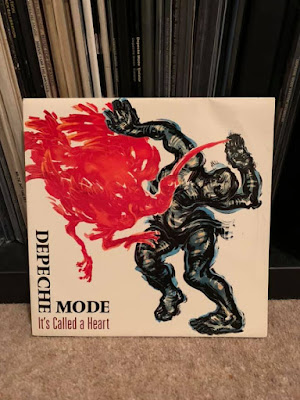 Shake The Disease showed the world that there was a new Depeche Mode sound, a darker, glorious one that would go define the band's next few albums. It was a fine way to round off the first stage of their career and the decision to release The Singles 81-85 made sense as it provided a nice conclusion to that first stage.

Shake The Disease wasn't the only new track on that album however. Following the conclusion of their 1985 festival dates, the band recorded a couple of new tracks this time with Daniel producing alone as Gareth Jones had heard the demo of It's Call...sorry...was busy. One of these new tracks would carry on Shake The Disease's work by honing the new Depeche Mode sound further and focussing primarily on death.

The other was perplexingly chosen as the next single. It features a double 12" with a controversial remix, a terrible video and is not actually that good. If that hasn't whetted your appetite, I don't know what will. This is It's Called A Heart. 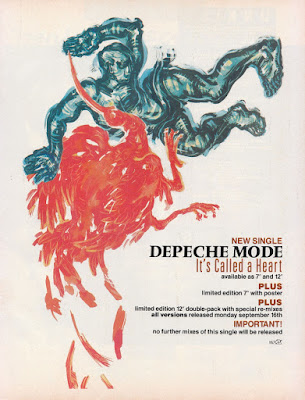 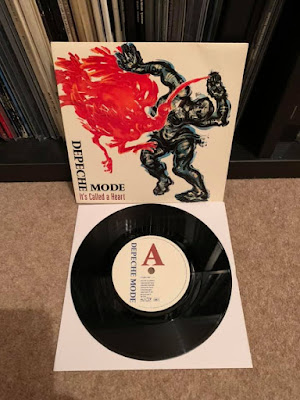 7BONG9 was available in two different ways. Firstly there was a standard 7" as we see above. The Shake The Disease hairy man has returned and while he may have outrun the turtle chasing him on the rear sleeve of 12BONG8, he's now being eaten by a big pink swan thing. Life is hard. 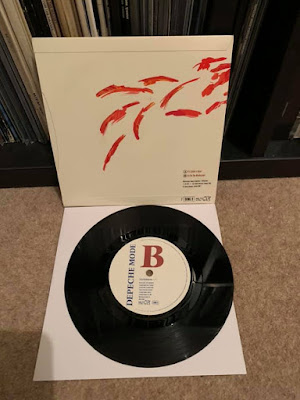 The B-side art is just feathers. What is nice about this release is the labels. They are really cool. 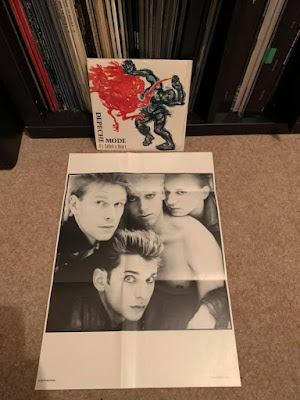 Keen eyed viewers who observed the poster earlier in the article and Depeche Mode collector nerds (hello fellow nerds) already know the other 7" variation. For those who are still asking (1) why they are reading this and (2) what variation, here it is. Early versions came with a poster and that poster showed the cover photo from the forthcoming The Singles 81-85 showing Martin's left nipple in all its, erm, glory. 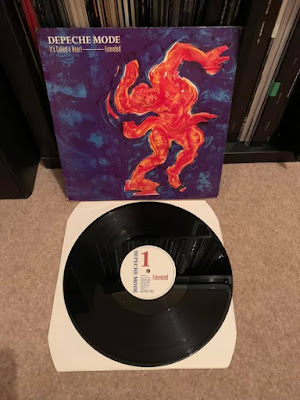 12BONG9 is a two track affair with both songs from the 7" version presented in Extended form. The Extended remix of It's Called A Heart is fantastic and very much a hidden gem. Do check it out. The cover art appears to show Mr Hairy either dancing or being attacked by a neon snake. 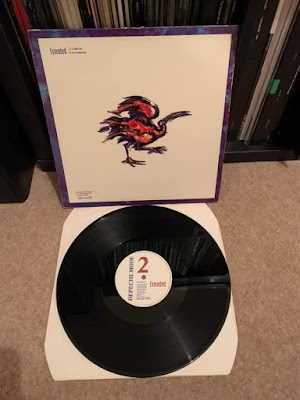 The Extended mix of Fly On The Windscreen is a really good remix as well. The jiving swan beast on the rear sleeve clearly agrees. 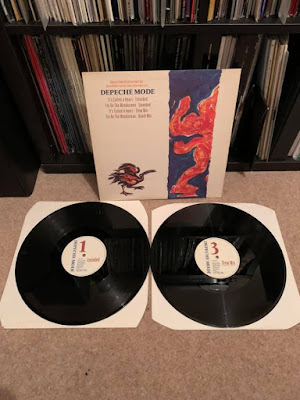 Do you remember the Depeche Mode Information Service newsletter telling you to keep your "eye open" for a surprise (what was the other eye doing?)? Well here it is - the band's first ever double 12", D12BONG9. They wouldn't repeat this trick again until the Fragile Tension/Hole To Feed doubler so, if there's a lot be learned from this, it's double 12" = shoddy single. The front cover shows the jiving swan from the rear of the 12" chasing our hairy friend and above the swan it says "Special Limited Edition Twin Set Costing No More Than Two Pounds & Ninety Nine Pence." That's 75p or so per record. Decent value. The first 12" is the same as the standard 12". 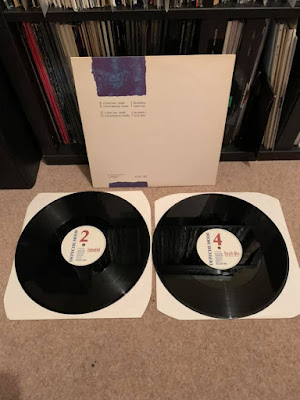 Side 1 of record two, or side 3 as the lovely labels call it, is Fly On The Windscreen (Death Mix). It's great. Side 4 is not great. It features It's Called A Heart (Slow Mix) that is simply a slowed down version of the song which sees it slowed to half speed and played in full. Why? What on earth inspired that? Bloody nonsense.
There is a wonoderful 12" promo too with a hand stamped label. I've had to use a picture from depmod.com as this is the only UK 12" promo I don't own, Far be it from me to use this platform as some sort of open begging letter, but if you have a spare one of these, do get in touch.... 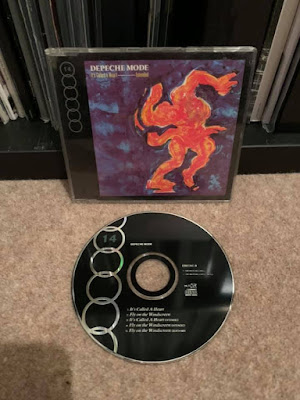 The UK CD single from 1991 CDBONG9 takes the tracks from the 7", 12" and the Death Mix of Fly On The Windscreen aside and promises them they can appear on a CD if they forget the Slow Mix exists. They agree. 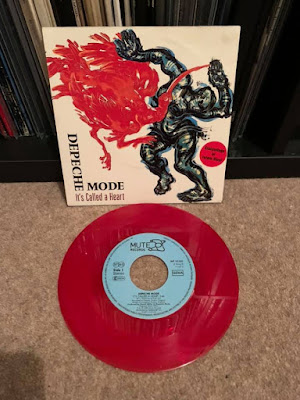 Let's leave the flaming lakes and voodoo heads of the UK and head to Germany. Firstly, we have the usual red vinyl 7" 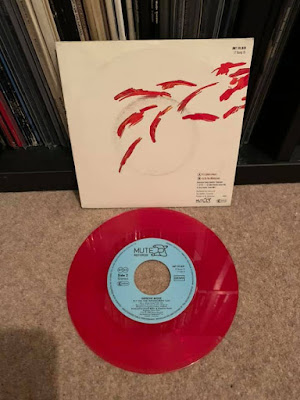 It of course features the same tracks as 7BONG9. 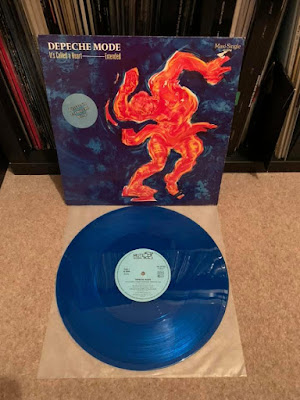 The blue vinyl 12" is a splendid thing 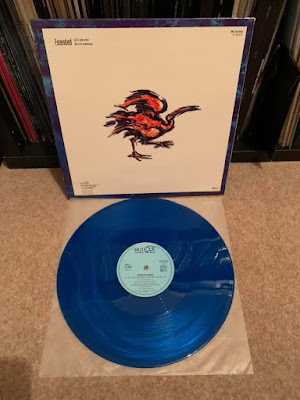 Again, it features the same tracks as 12BONG9. 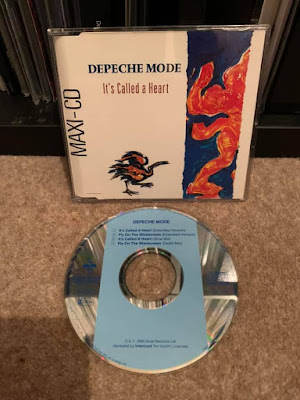 The German blue stripe CD single rather oddly takes the D12BONG 9 tracks and calls itself CDD12BONG9. One for fans of the Slow Mix. 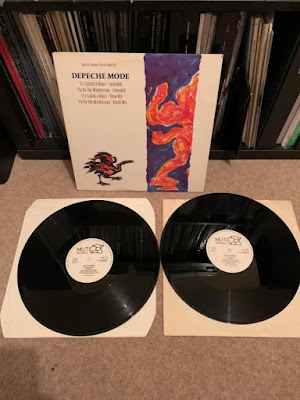 Germany and France had their own vinyl versions of D12BONG9 but in today's "Why on earth do I own this"section, let's have a look at the Scandanavian release (above). It's a doubler as you can see although it issues no price orders on the front. What makes it fancy is this: 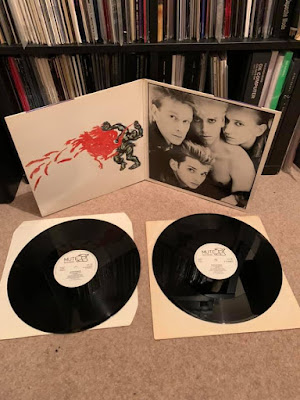 It's a gatefold. Yes, it's not only 7" purchasers who can keep their free eye on Martin's nipple - Scandanavian fans can too, this time in 12" form. The record that is, not the nipple. That would be very odd. 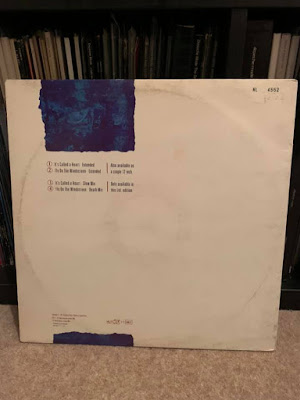 This version is available in numbered and unnumbered form. I have no idea why. I have even less idea why I have both versions. 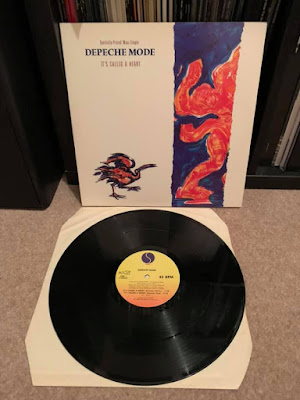 The US 12" is a different affair from the UK one as it features two new remixes - the Emotion Remix and Emotion Dub of It's Called A Heart, both of which feature on the A-Side. They're pretty decent remixes but not quite as good as the Extended remix. 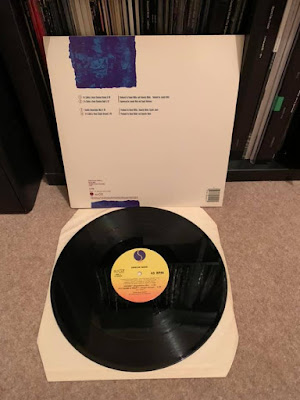 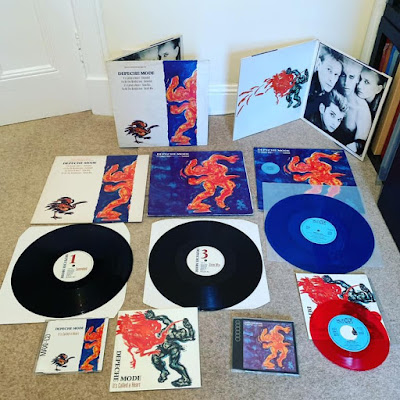 And with that, Phase 1 of Depeche Mode was very much over. A compilation album popped out and the band, rather tetchy with each other by this point anyway, headed off to Berlin to get even more annoyed with each other and record a landmark masterpiece genius godlike album that I refuse to ever be anything other than over excited about.
The first slice of wonder from that album was the band's next single and we'll look at that next.
Farewell Phase 1 of Depeche Mode. Pack away those voodoo heads, deflate the spacehoppers, say goodbye to the milkmen and let's never speak of the Slow Mix again.
Instead, let's have a Black Celebration.
Posted by DJM at 13:01