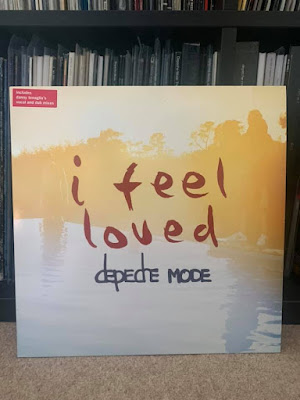 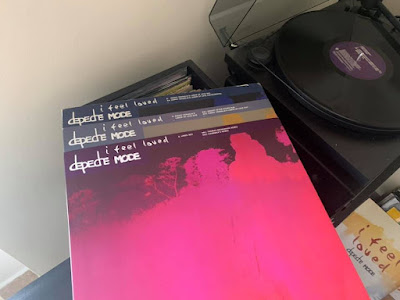 This release was promo-tastic. Let's have a look at the UK promos first. 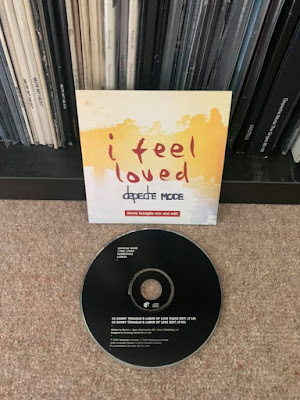 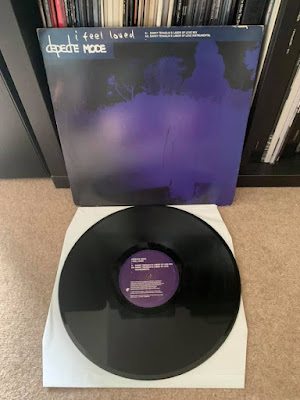 There were three promo 12" singles each housed in lovely sleeves with the labels matching the sleeve colour. They don't make them like than anymore. P12BONG31 features all 14 minutes 12 seconds of Danny Tenaglia's Labor Of Love Mix. It's very good fun and features a snippet of Excerpts From: My Secret Garden which is rather random but very enjoyable. 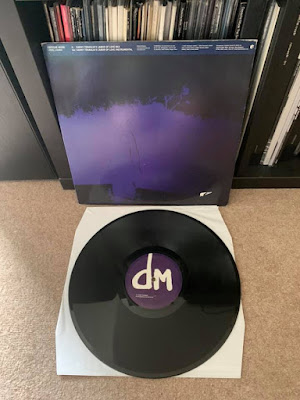 On the AA Side, we have not only a snazzy label but also Danny Tenaglia's Labor Of Love Instrumental which is a full 29 seconds shorter than the A-Side. 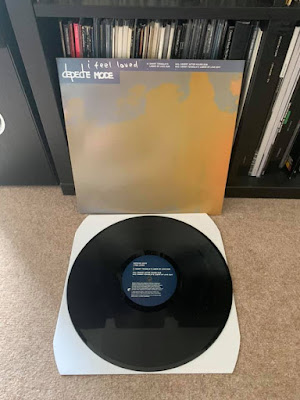 PL12BONG31 has Danny Tenaglia's Labor Of Love Dub on Side A. 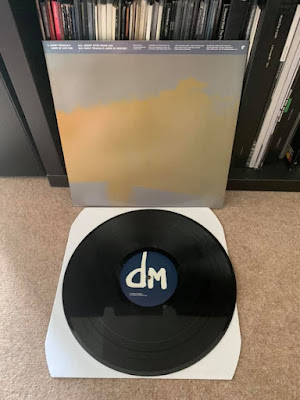 The AA Side features the Desert After Hours Dub which is the only place we'll find that and Danny Tenaglia's Labor Of Love Edit. 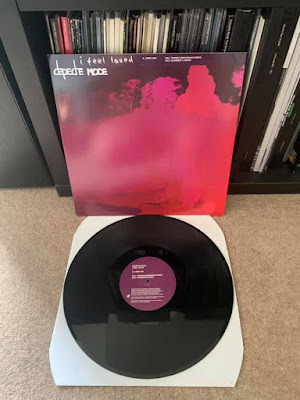 Finally in promo land, we have PXL12BONG31. On the A-Side we have the Umek Remix. 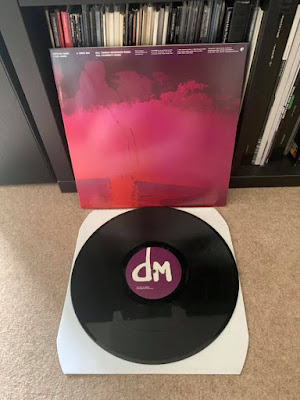 The AA Side has the Thomas Brinkmann Mix and Chamber's Remix on its gorgeously labelled side.
There are promo CD-Rs too but that's a level of madness to which I will not descend. To the official releases then, starting with CDBONG31: 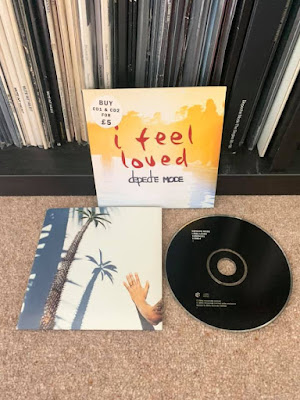 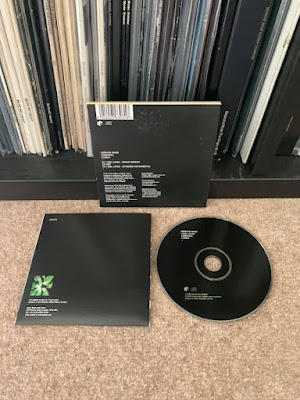 The rear of both sleeves is far less colourful. The CD contains three tracks in all: I Feel Loved (Single Version), Dirt and I Feel Loved (Extended Instrumental). The title of the latter tells you all you need to know. 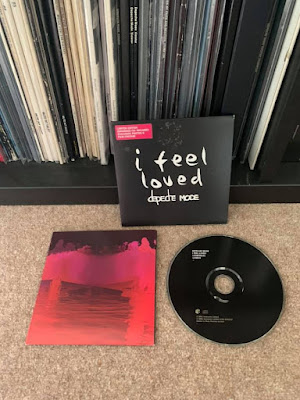 LCDBONG31 is an interesting thing. There's a nice inner sleeve there for example. There are three remixes of I Feel Loved to listen to - Danny Tenaglia's Labor Of Love Edit, Thomas Brinkmann Mix and Chamber's Remix. The latter two are fine, but the Tenaglia one is the winner here. 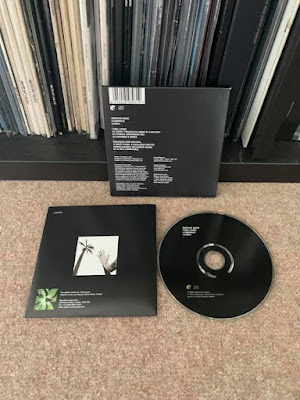 On the other side of the CD sleeves, it's all black again. Even Dave's arm is in black and white. The exciting thing here though is the Enhanced element. This was 2001 when the world was still fresh and innocent and things like small films on CDs blew everyone's minds. Here, there are four 30 second long videos: In the studio with Mark Bell and Gareth Jones, the first Exciter photoshoot with Anton, the second Exciter photoshoot with Anton and At The Video Shoot with Stephane Sedoui. There are also 9 exclusive images and a downloadable wallpaper. For your computer, not your house. 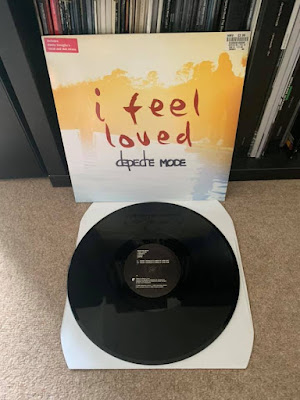 12BONG31 features Danny Tenaglia's Labor Of Love Edit, an 8 minute long edit of the full remix on Side A. 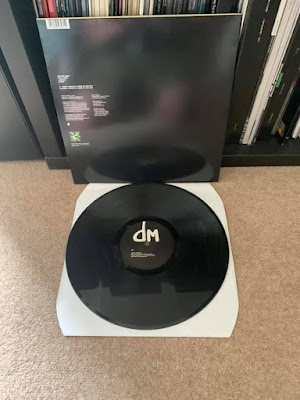 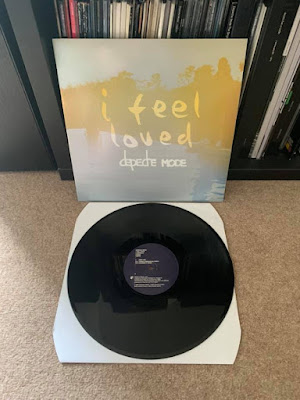 We got an L12 this time too. L12BONG31 has the enjoyable enough Umek Remix on Side A. 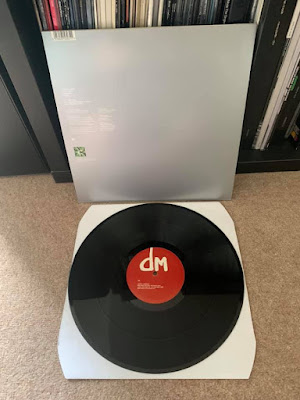 Side AA houses the Thomas Brinkmann Remix and Chamber's Remix. It has a lovely label too. These are of course the same three tracks we saw on PXL12BONG31. If you look closely enough, and if this is what your life has come to then welcome to the club, PXL12BONG31 is etched on the inner groove with the "PX" part scored out. Admit it, this is what you come here for.
Before we look at the 14,000 or so different things that popped up in America, let's look at what France did. They released 2 CDs like the UK ones and a promo 12" featuring two mixes you couldn't get anywhere else: Laurent F. Remix and Fafa "Superfunk" Monteco Remix -Club Version. The BONGFAN2 CD that came with BONG52 features the former remix and Fafa Monteco Mix - Edit Version.
In the US then, there were 15 different CD-Rs. 15! They feature a whole lot of remixes that I frankly can't be bothered listing here. As ever, depmod.com will look after you there. 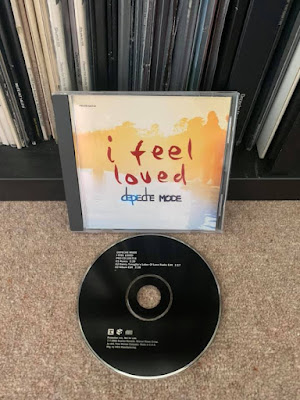 There is a US promo CD in a jewel case. 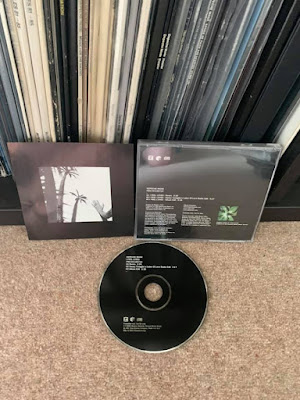 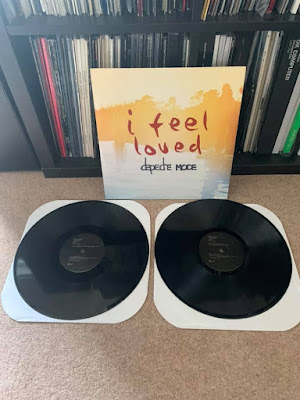 As well as a 7" and a CD single (neither pictured because I don't have them), there is a double 12". On disc 1, we have Danny Tenaglia's Labor Of Love Edit on Side A and Thomas Brinkmann Mix and Chamber's Remix on Side B. 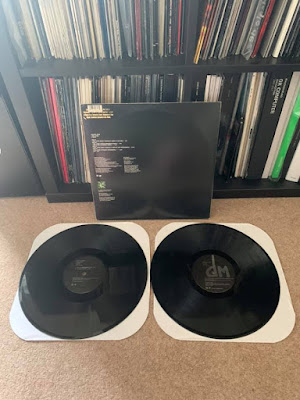 Disc 2 has Danny Tenaglia's Labor Of Love Instrumental on Side C and I Feel Loved (Extended Instrumental) and Dirt on Side D. There are also two promo 12" singles. 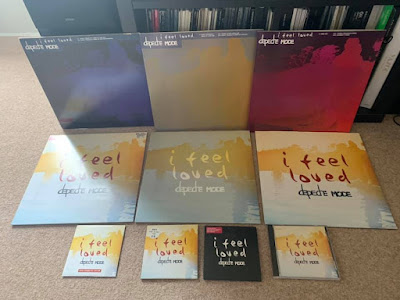 I Feel Loved came out, Depeche Mode found favour with clubbers for the first time in a while and the band's 84 date Exciter tour was well underway. All was well in Depeche Mode world.
Perhaps I Feel Loved didn't perform as well as the band thought it might, but it did have a longer shelf life than you might imagine as it ended up nominated for two Grammys in 2002. Sadly, it lost out in the Best Dance Recording category to Janet Jackson's impressively bland All For You and in the Best Remixed Recording, Danny Tenaglia's Labour Of Love Mix lost out to the Deep Dish mix of the even blander Thank You by Dido.
The next time we saw Depeche Mode, they would have moved beyond feeling loved to Freelove. We'll look at that next time.
Posted by DJM at 20:30