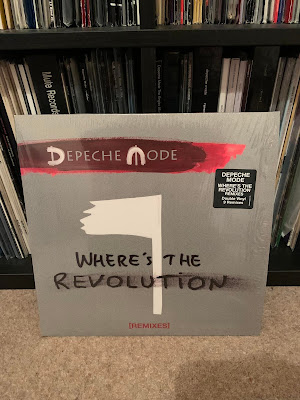 It had been more than three and a half years since we last heard from Depeche Mode when their comeback was announced. Their return with a new album Spirit was said to see a return to the political themes of Construction Time Again and lead single Where's The Revolution seemed to fit that theme perfectly.
With this single, we got a boatload of remixes, snazzy beards and a brief return for the Basildon Boyzone with their snazzy train dance. Let's get on board Where's The Revolution.
THE TRAIN IS COMING - WHERE'S THE REVOLUTION
The Single 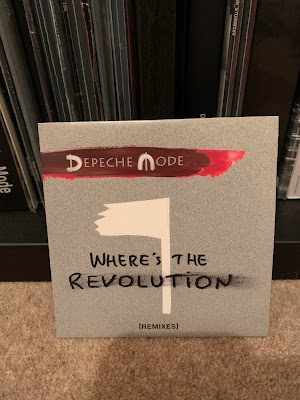 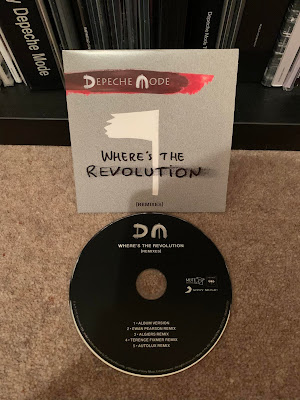 There were only two offical formats this time round - a CD single (above) and a double 12". 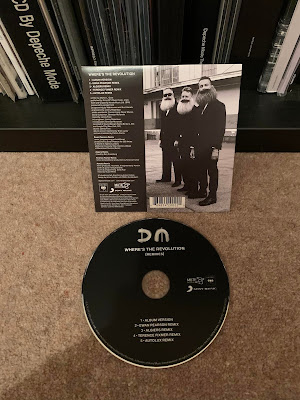 Lessons had been learned from the last couple of singles it seems as there are some decent remixes this time round. There are five tracks on the CD, all remixes of Where's The Revolution:
1. Album Version
2. Ewan Pearson Remix - bleepy and quite enjoyable
3. Algiers Remix - a remix by the band Algiers who supported on some Global Spirit Tour dates. If you are a fan of that band, as I am , you'll like this. It's a nice 7" style take on the song with some great noises.
4. Terence Fixmer Remix - not up to much really
5. Autolux Remix - another 7" style remix in length. It's a bit grating in place. 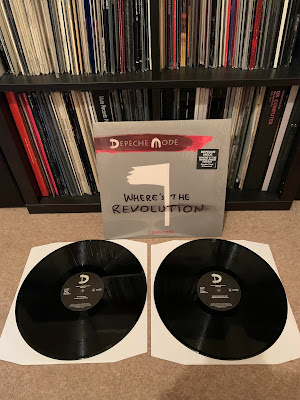 The double 12" is a nice package. Sides A and C are pictured above. It comes in a sleeve with a wide opening rather than a gatefold. 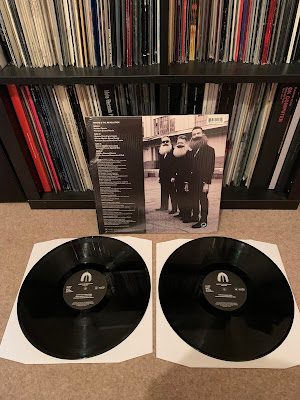 Sides B and D have an M on them as you can see. There are nine tracks in all here and if we are to be thankful for anything, let's be thankful for the fact it's a million miles away from the dark horrors of the Should Be Higher 12". The tracks are:
Side A
1. Autolux Remix - see above
2. Pearson Sound Remix - the slowed down vocal on this makes this an updated version of It's Called A Heart (Slow Mix) and not much more
Side B
1. Algiers Click Farm Remix - a second Algiers appearance but sadly not up to the standard of the first one
2. Simian Mobile Disco Remix - producer James Ford's day job remix the song. It's a bit bland but picks up towards the end.
3. Pearson Sound Beatless Remix - if I'd wanted to hear Treefingers by Radiohead, I'd play Kid A.
Side C
1. Simian Mobile Disco Dub - a less punchy version of the remix from Side B
2. Terence Fixmer Spatial Mix - you know it's a bad remix when it takes the very rare appearance of a brief bit of the song it's remixing to make you remember what this is meant to be in the first place.
Side D
1. Patrice Baumel Remix - really rather good
2. Ewan Pearson Kompromat Dub - again not too bad.
The single was released on CD in Taiwan once again and popped up on a one track promo CDR too. Everything was available digitally of course. 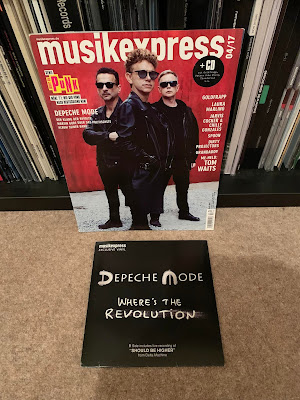 There is a 7" single too however. It was made available with the German music magazine Musikexpress. 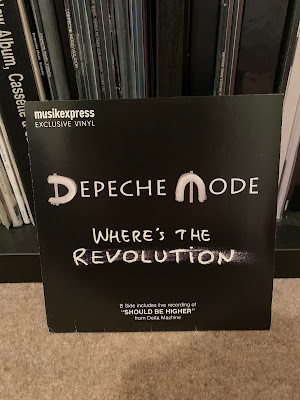 The cover explains what you have on it. 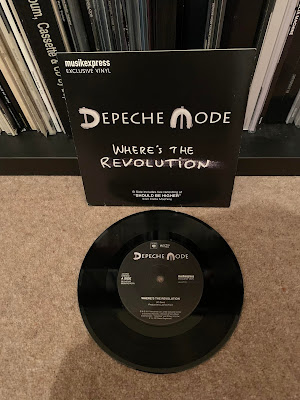 On the A-side, there is the album version of Where's The Revolution. 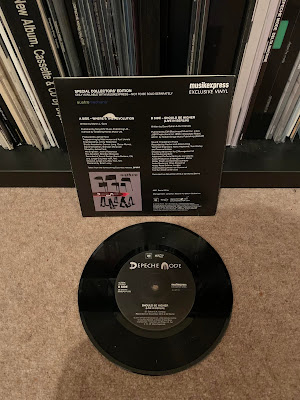 On the B-Side, we have Should Be Higher recorded live in Berlin on 25th and 27th November 2013. That doesn't mean it's two versions by the way - it's taken from those two shows. 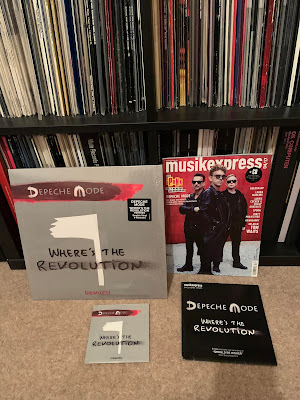 Depeche Mode were back then and on good form. Spirit would soon follow and while I might not be as wildly enthusiastic about it as I was at the time, there is enough on that album to show that there is life in Depeche Mode yet.
The band set off on the huge Global Spirit Tour, leading to them having their biggest touring success yet and to me nearly breaking the internet and myself with the Global Spirit Tour Project.
There were two more singles to come from the album, and we'll go backwards to 2017 (ho ho) and have a look at the next single next time,
Posted by DJM at 20:32