AS YEARS GO BY, ALL THE FEELINGS INSIDE - VIOLATOR'S LEGACY 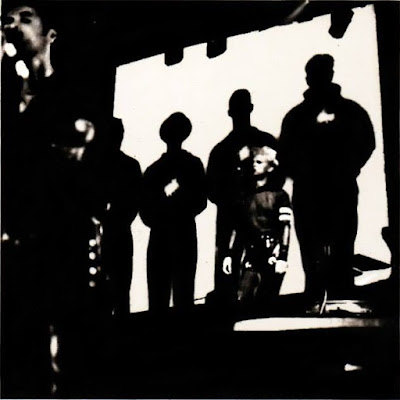 For the band, the album changed everything. People started to talk about their influence on house music and their peers acknowledged that Violator was Depeche Mode's finest work. The music press finally took note of their huge worldwide success and belatedly, and occasionally grudgingly, noted that this was well deserved. Violator made Depeche Mode a genuine stadium band and that was all on their own terms. They didn't compromise in any way when making the album by altering their sound to make it more mainstream or stadium friendly; instead they challenged their fans by adding guitars, bringing in a new producer and adding layers to their sound to make it darker and more intense. While the album had two genuine hit singles worldwide, this was an album of a breadth and scope unlike any previous Depeche album.

Of all the things that Violator should be praised for, achieving the career defining success the band did with this album entirely on their own terms deserves the most praise. It is a remarkable achievement. With The Cure having finished The Prayer tour, R.E.M. in transition from Green's arena filling to Out Of Time's stay at home acoustic vibe and U2 still working on Achtung Baby, for most of 1990 Depeche Mode were arguably the biggest live draw in the world. That is a remarkable thing.

The album is now spoken of in near universally reverential terms by the media and is regularly cited as Depeche Mode's best and most influential album. It's place in musical history is secure.


The band's success meant that their next album Songs Of Faith And Devotion was very much "a big thing."  The whole world was waiting for a new Depeche Mode album and the band came back in style as we all know. Their were of course other issues involved in that album's recording and touring but they're not something we need to look at now, if ever.

Violator's succcess was the catalyst for many things - Songs Of Faith And Devotion, Alan's departure, Ultra and no tour and so on. In terms of sales, the band have not come close to matching Violator but, as the huge success of 2017/18's Global Spirit Tour shows, the band have not lost their ability to attract huge crowds wherever they go. I don't think it's much of a leap to say that, without Violator, that type of tour at this stage in their career would not have been possible.

Ultimately, Depeche Mode's enduring appeal and success is Violator's legacy. It is a legacy that truly deserve. 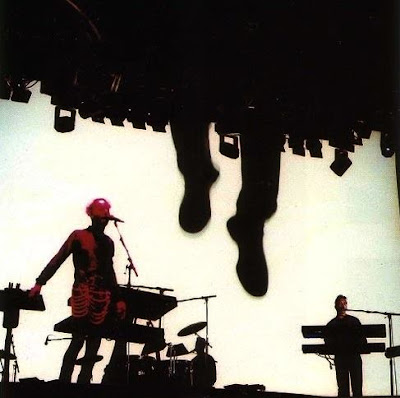 Writing a month long blog is an odd experience, especially when I consider that I'm testing people's patience by popping up each day and asking them to read something new that concerns something they love and have their own opinions about. Doing that against the background of a worldwide pandemic however quickly makes you realise how irrelevant this is when compared to the very real problems millions of people are facing worldwide.

Thank you all very much then for reading everything this month. It's always very humbling to find out that one person reads anything I do, never mind the large number of people who have got in touch over the last four weeks. If nothing else, I hope it's brought a smile or two to your face during whatever period of lockdown your Government has you under.

Thank you very much too to the guest bloggers this month - Kevin May, Michael Rose, Glen Hammarstrom, Dicken Schrader, Amanda Stock, Panos Sialakas, Matthew Wolfe, Sean Salo, Niggels Uhlenbruch and Shaun Coward a.k.a @PollicyOfTruth. I couldn't have completed a month's worth of posts without your input. 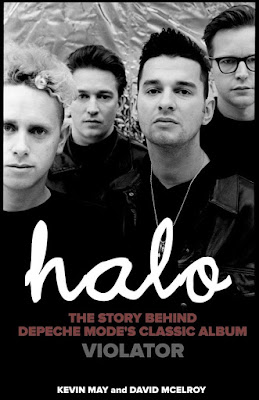 As I might have mentioned, Kevin May and I have a book coming out - it's called Halo and it's all about Violator.  We are still aiming for a late May release but recent global events have meant that Kevin's life has been taken over by work issues, so we may be a week or two late. After a month of Violator related posts on here, you may well welcome the delay.

To conclude the month, we thought it would be interesting to let the people we've interviewed give their thoughts on Violator and its legacy. Here are some quotes to give you a taste of what is to come and who’s involved, plus the names of fans who have contributed (some of whom you will have already seen snippets during this month).

For news about Halo, and for more of the usual Depeche Mode nonsense, keep an eye on the blog and also the book’s official website

When I saw them in concert, when Martin did a song by himself, which was just an acoustic guitar and singing, it was just like: "Well, I never got to see John Lennon but I got to see you. And that's good enough for me."

He [Anton] showed me the rose and explained his thought process behind it - about a delicate sort of object, violated, so it was a very subtle and simple nod to the title of the album. It’s painted red and it then has this kind of subtle reference to some sort of violation in a more gothic way, I suppose. The rest of the package was just me trying to sort of put my mark on my first album cover and exploring ways of treating the typography and the lyrics and using the photography.

There was a place – in Japan, I think – where smoke machines were banned. We weren’t sure what was going to happen but then, suddenly, we saw 200 guys outside with black bin liners that they were filling up with smoke for each machine. Then they were shaking the bags to let the smoke out into the stage - it was absolutely brilliant!

The tracks, before Francois mixed them - and he mixed them very well in the end - were slightly more robust and rocky. I remember the three of us - me at the helm, and then Flood and Alan telling me what to do on the desk; we did some rough mixes of the album. They were definitely rockier than the final version of Violator.


Paul Kendall, owner Worldwide International and engineer on Enjoy The Silence (The Quad:Final Mix)
I performed a few percussive in/out breath chugs (on my harmonica). To my absolute joy, my chug is immortalised in Personal Jesus, coming in around one minute in. It (Violator) is/was a great album and Flood succeeded in creating a new Depeche sound, aided and abetted by Alan and Daniel.

Super 8 isn’t a slick format. It’s got a huge grain and is a non-professional format. It was designed for home use. So, they are not slick videos, generally. If you had shot Enjoy the Silence on a 35mm film, it would be completely different. And, I think that’s reflected in the music. The sound is right with Depeche.

I remember one occasion, he [Fletch] came back from England and he had over 1,000 postcards to sign - so every bit of time off they had, it was signing postcards...forever! But it was a sign that they still wanted a great relationship with their fans.

One thing I would say about Flood is that he was very down to earth. I remember, bringing him into the control room, started to explain the desk to him, and he just stopped me half way and said: ‘Dave, it doesn’t matter. A desk is a desk.’”

You know, not to be sort of blasé about it, but as a marketing person this [Wherehouse Records incident] was sort of what you look for you - a national event and, eventually, an international event.

The album is what turned DM into a religion, which to this day they still are in Germany. Great songwriting and seminal production from Flood. It's sort of the ultimate DM album.

Depeche Mode is the biggest name I've worked for as a studio musician. I was free to play anything I wanted. It was only years later when my daughter found out that I was used on Clean that I became aware that Alan had used samples of my steel guitar.

We saw a lot of movement, people getting the studio ready, so I assumed that it was probably a big band – someone famous. He didn’t tell us the name but I was a big fan of them, so it was shocking. When I saw Martin, I just thought: "Fuck my life - they're really here.”

Gareth Jones, producer on Construction Time Again, Some Great Reward and Black Celebration
There’s something about the architecture of the [Violator] album. The way the instrumentation supports the vocals, the songwriting, the power of the album. The sound of the album is very modern and contemporary and glossy, which is obviously the band, the producer, the engineers, the mixers, the whole thing - everything just kind clicked.

My brother and I snuck into one of the RVs and took some empty Corona bottles and a piece of chewed gum. We kept the bottles but my brother sold the gum to a girl at school that next school year and she put the gum in her mouth, chewed and said it was just like kissing Dave Gahan.

Daniel always chose the singles. Funnily enough, he would play me the record, then say "take it home and play it to Gill", my wife, who was also in the record industry. And we'd go through a little scenario: that would happen on every record, where Daniel would ring and say: "Well, what do you think? No actually, what does Gill think?" Personal Jesus I knew was going to be a huge record but we also knew I was going to have problems with it on radio because of the content.

When I heard it on the screen with the video, I remember thinking “Wow!” All those things you try and do; I think in this digital world, we can do thinks much quicker but in those days you worked hard to get something to have some sort of flavor or appeal. We did that with Enjoy The Silence.

Angela Sheldon, actress in the video for Clean

I was a huge fan of Martin Gore and more than happy to make out with him. I was actually dating an extremely jealous guy who flipped out when I told him, so I broke up with him to do the video

Pam Heffler, actress in the video for Halo

I am actually surprised by the video. I didn't know it was going to be so unusual - unusual in a great way!