Depeche Mode's first move post Playing The Angel was the release of a brand new single named Martyr which, like Only When I Lose Myself in 1998, was a prelude to a compilation album. The album Martyr was the single for was The Best of Volume I which I'll look at below.

Martyr was a song recorded during the Playing The Angel sessions which was rejected for the album as it was too poppy. You may recall that during the official site's pre album video teasers a version of Martyr was heard playing through the studio speakers whilst Fletch pretended to do something music related. It's a good song which whilst not really fitting for a Best Of, is better than say Lilian. Anyway, the single was released on 30 October 2006 and hit a very respectable number 13 in the UK. Following the band's rejection of the first attempt at a video for the song, an odd compilation style video accompanied the track with Dave seemingly singing the song in footage culled from live shows from the PTA era. 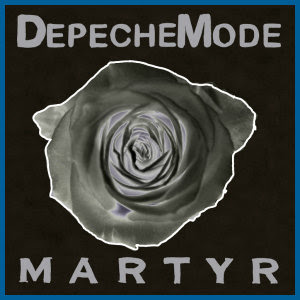 The single was initially released on cd and dvd. CDBONG39 (right) contained the single version of Martyr and the decent enough Booka Shade Full Vocal Mix of the same track. LCDBONG39 (left) gave us the bland Paul Van Dyk Remix Edit of Martyr, the excellent Alex Smoke Gravel Mix and the fantastic Digitalism Remix of Never Let Me Down Again. This cd is worth buying for the NLMDA remix alone. It is like an angry version of the Aggro Mix from the original NLMDA 12" single. It is easily on the of the best Depeche remixes of modern times. DVDBONG39 (below left)meanwhile has the Martyr video montage and audiof two ok-ish remixes of Martyr - Dreher & S.M. Art B.N. Reload Remix (nope, me neither) and Booka Shade Travel Mix. A slipcase is available for all three formats. A 12" (12BONG39 - same art as CDBONG39) followed on 4 December with 3 Martyr remixes - the Dreher etc one, Alex Smoke Gravel Mix and the Booka Shade Dub, the latter again an ok mix and exclusive to this release. 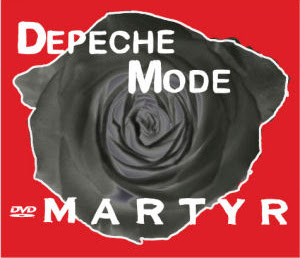 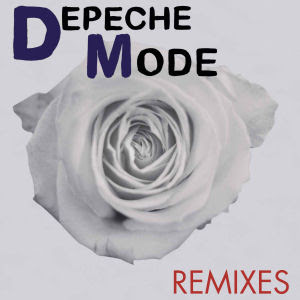 More interesting vinyl was released on 11 December 2006. Firstly there was another 7" picture disc (BONG39 - left)) featuring the single version of Martyr and the outstanding Digitalism remix of NLMDA. Secondly we had a real treat. L12BONG39 (right) was a double 12" single which unlike the band's previous double 12" (It's Called a Heart) was fantastic in every respect. The artwork along makes this worth getting with nods to the band's past throughout. The tracklisting is special too. As with the earlier Remixes project, four classic Depeche tracks were given modern remixes however on this occasion every remix is a cracker. Disc 1 has the NLMDA remix by Digitalism (did I mention that I liked it?) and Personal Jesus (Boys Noize Rework) which is a great remix of a great track. Disc 2 has the epic Everything Counts (Oliver Huntemann & Stephen Bodzin Dub) and the even epic-er still People Are People (Underground Resistance Remix). Both tracks are top class examples of how to remix older songs and make them sound fantastic. Get this 12" if you can.

The Best of Volume I(right) was released on 13 November 2006 and reached number 18 in the charts. The name of the album is I guess controversial given the album's tracklisting as every Depeche fan will have their own Best Of list but for the uninitiated it's not a bad start. The tracklisting is: Personal Jesus, Just Can't Get Enough, Everything Counts, Enjoy The Silence, Shake The Disease, See You, It's No Good, Suffer Well, Dream On, People Are People, Martyr, Walking In My Shoes, I Feel You, Precious, Master & Servant, New Life and Never Let Me Down Again. No room for The Meaning of Love eh? Seriously though, where are Stripped, A Question of Time and so on? The album was released on cd (CDMUTEL15) and special edition cd plus DVD (LCDMUTEL15 - the cover is the same except the flower is red) the dvd of which contained videos for all the singles on the cd bar New Life and Martyr and rather oddly added the videos for Stripped, A Question of Time, Strangelove, Behind The Wheel, Barrel Of A Gun, Only When I Lose Myself, I Feel Loved and Enjoy The Silence 04 before finishing off the the Electronic Press Kit for the album. A triple vinyl version of the album was released on 12 February 2007

All in all, the Best of Volume I isn't an essential release for the hardcore Depeche fan but it's a nice enough item and the single release, especially L12BONG39, is well worth getting. The next thing we'd hear from Depeche was the rather marvellous Wrong and that'll be lovingly poured over next time

Thanks to depechemode.com, depmod.com, depeche-mode.com and as ever to the editorial skills of Panos.
Posted by DJM at 15:33