very very small inclusions - RAIN RAIN
With a band name taken from the grading scale used to judge the clarity of diamonds, you'd expect crystalline clear music from very very small inclusions. What you get is a dispersion of influences and ideas, with themes of introspection. This track, Rain Rain features heavy tom-toms, with pure and acoustic sounds, and airy vocals. This track is taken from the band's album Dispersions.

TONGUES - ANYMORE
Tongues is Tim Kwant from Kill The Waves solo project and Anymore was his first release. The song was a smash on Soundcloud and the buzz it created spread far and wide. A slice of laid back electro pop with a huge chorus, Anymore will grab you straight away and never let you go.

BEAM - HEX
BEAM is the glorious sounds of singer and songwriter Amy MacDougall, who has been in the past better known for contributing to other people's music; for example King Creosote. However, Hex is the sound of her own music, mysterious vocal loops, cello, piano and an overall dreamy feel.

THE INSOMNIAC PROJECT - BREAKAWAY
The Insomniac Project have kindly allowed us to use a brand new track, Breakaway and it is a cracker. Disco fused with LCD Soundsystem and Hot Chip, Breakaway is destined to get anyone grooving. The band play a headline show at Stereo in Glasgow on May 30 - go along and watch Breakaway work its disco magic

SEAS, STARRY - NEWARK
Coming from the Aberdeen four piece's album Tyto Alba, Newark is a perfect illustration of the effects laden ambient music that Seas, Starry produce so well. Taking influence from the likes of My Bloody Valentine and Errors, the band drag the listener's ear to the furthest edges of electronic instrumental music 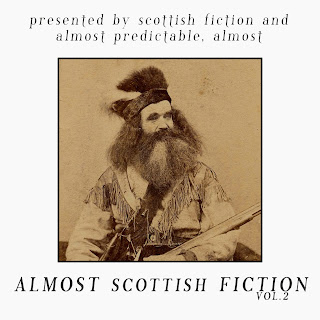 Thanks very much to the band's for allowing us to use their tracks and once again, thanks to Findlay at Burnhouse Industries for the artwork.