Rodney Cromwell's Age Of Anxiety (Happy Robots Records) was one of the albums for 2015 for me as I'm sure you'll have read about already. Every listen to it reveals another layer of analogue synth loveliness and, at times, it genuinely brings to mind the likes of peak New Order and Kraftwerk. That's not to say, though, that this is a distinctly retro sounding album. It's as fresh sounding as you'd like and, with each listen, more and more clever pieces of electro production reveal themselves, meaning you want to come back to the album time and time again. If you haven't checked it out yet, then you obviously have to rectify that immediately and when you're doing that, grab the Black Dog remix ep too for even more Cromwell goodness.

I had a chat with Rodney Cromwell, or Adam Cresswell as he's known in real life, recently to find out all about Age Of Anxiety. 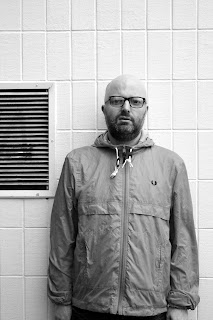 APA: Age Of Anxiety is one of this blog's albums of 2015. How did the album come about and what were its inspirations?

RC: Wow. Thanks. I'm genuinely still taken aback that anyone likes it. The album certainly didn't come together overnight. A couple of tracks had been gathering dust on my hard-drive since 2009 when my old band Arthur And Martha split. I really didn't think that I would ever release another record; I sold loads of my gear at a boot fair and started writing a novel instead.

But, there was something about making music that kept on drawing me back in. It became a sort of sonic therapy. During the period I recorded the LP, I had a serious job and mortgage, I had become tied down to the drudgery of London commuting and I had also become a father, which was fantastic, but as you can imagine meant more responsibility. I was also coming to terms with other personal issues, notably dealing with panic attacks and anxiety. So, I suppose the album was inspired by a need to find a creative escape from adult concerns and existential angst. I toyed with the idea of the new songs becoming a second Arthur And Martha record, especially after Alice (a.k.a Martha) recorded some great parts. But, as soon as I had the title Age Of Anxiety that idea really didn't work; the whole album was just too personal, too tied to my own life experiences.

In late 2014, I turned my studio into a nursery, as we had a second sprog on the way, and I decided to just mix the whole thing down to get rid of it - which took about four hours. Before I knew it, I had a melodic lo-fi synth heavy retro pop album in the can, and thanks to some coaxing from friends, I was persuaded to actually release it. I should note that since the record came out I've not written a word of my novel. The literary world can breathe a sigh of relief. 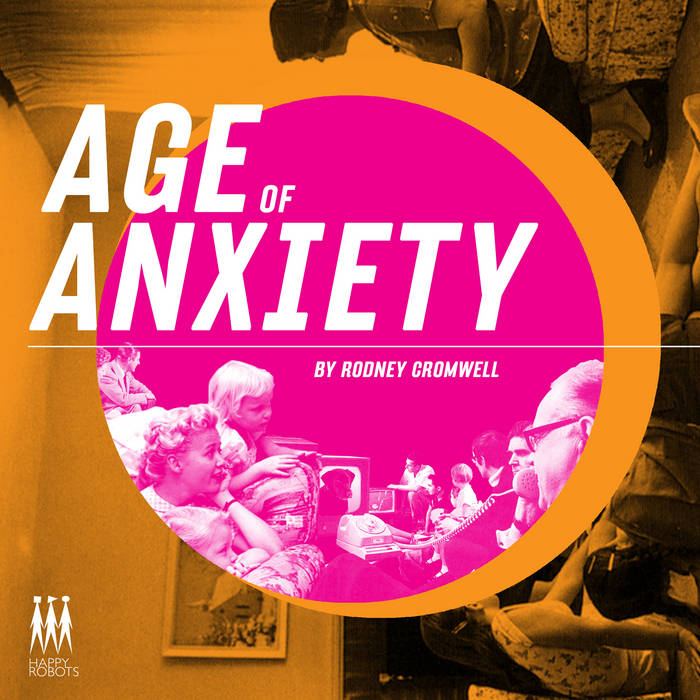 APA: How pleased are you with the reaction the album has had?

RC: Obviously you can't expect to make a left-leaning, alternative, electronic record on ancient gear and get it reviewed in the Daily Mail or featured on Sky Arts, but I am beyond pleased with the reaction. It was barely a year ago that this ethereal, fantastical concept of an album started to look like it might actually happen, and now people are talking about it being the best record I have ever made. It goes without saying that it has been fantastic to have got some great reviews and a load of radio play, and I am incredibly thankful for every piece of exposure, but I have been most touched when people have said that the record has helped them in dealing with their own mental health issues. Clearly I didn't release the record out of some benevolent desire to make the world a better place, but if it has made a few people feel less like they are suffering in silence, then it has all been worthwhile.

Although I have genuinely never sought anything more than cult appeal, I would love nothing more than to sell the last few boxes of CD's currently living under our staircase.


APA: What bands influence you? I sense bits of Kraftwerk and New Order on the album for example.

RC: yeah of course Kraftwerk, New Order, Giorgio Moroder - they are all massive influences. Their music is part of my DNA and I don't think I could ever make a record that wasn't influenced by them. With this album, I wanted the music to be a "safe space"; upbeat, uplifting and familiar enough to counter balance the cynical and world-weary lyrics and, for that reason, there was no attempt to disguise influences, just to enjoy them.

The most positive influence is always when you hear a record that makes you sit up and think "wow, I wish I could have done that" - the sort of songs that inspire you to just keep pushing harder, or quit. The two records I was mostly listening to while making the album were Racine Carree by Belgian megastar Stromae and See You On The Ice by actress/singer Carice Van Houten. Neither of them sound much like my album though, they are just good records with their own sound. This week's listening is mostly Lilies On Mars, Gabe Knox, remi Parson, Hologram Teen, Tiny magnetic Pets, Ummagma, Johnny Hawaii and the new Pye Corner Audio, whenever the kids let me near the record player that is. 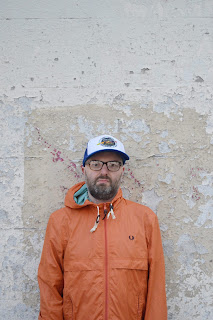 APA: One of the things I love about the album is the almost exclusive use of what sound to me like wonderful analogue synths. Have I misheard entirely?

RC: You have heard entirely correctly. I love analogue. So much of music made today is neat digital sequences of ones and zeroes, with vocals pitch-corrected to oblivion and mixes compressed to hell. I wanted to do something that felt a bit more lo-fi, organic and real; to capture some of that lo-fi excitement of the pre-digital age. With this record, there was no big studio, no plethora of special guests, just me and my close friends and family and a load of shitty unreliable thirty year old gear.

In terms of equipment I use, I only own four analogue synths: a Moog Rogue, a Moog Opus 3, a Korg MS-10 and an ARP Quartet. Probably 75% of the synth sounds on the album are from the MS-10 and the ARP. I can't understand artists who feel the need to own loads of synths. There is so much you can get out of just one. I am sure anyone who owns more than a handful is trying to make up for deficiencies elsewhere in their life. There are also a lot of vintage effects on the album; tremelo, delays and phaser mostly. In fact, there is so much phaser and delay on this record, I'm amazed any of it sounds even vaguely in time.


APA: Songs like Barry Was An Arms Dealer and You Will Struggle manage to combine emotional depth with electronics. Do you find this sort of thing difficult? It's too often wrongly said that synths can't generate an emotional feel.

RC: I suppose I must find it easy because I can't say I've thought about it. I've never found it hard to put my heart on the line, whether for songs like Victor Safronov or Bicycle Theives off the first Saloon album or for something like Cassiopeia on Age Of Anxiety which is about the loss of two close friends. The hard part is trying to show emotion without sounding overly earnest, self-pitying or slipping into cliche.

And as for anyone who thinks synths can't display emotion, well they've clearly not spent as much time in the company of synths as I have. My Moog Rogue is like the seventh member of the family, after the wife, the kids and the cats. The washing machine is probably the eighth member.

APA: The remix EP is a wonderful thing too. I love that the remixes are what I'd call proper remixes rather than just a DJ's interpretation which pays no attention to the original track. Was that the intention with the EP?

RC: Thanks. The main intention was to make it a collection of songs that sit together and to make an EP that stands up on its own, where you don't need to skip any of it. All filler, no killer. The difference with making the EP was that by then, people were interested in what I was doing, providing pressure that wasn't there with the album. So in making the EP, I worked with my brother Dom Cresswell who has a music technology degree and was taught by John Foxx, so he really should know what he's doing. In fact, many of the best things I've ever worked on have had Dom's input somewhere. My favourite track on the EP is probably You Will Struggle (Glitchy Disco Mix). With that one, I wanted to prove that I could do something a bit more contemporary sounding, but at the same time sounding like a massive retro hi-NRG track. The Best Of Divine was probably a massive influence on this EP to be honest.


APA: What does 2016 have in store for Rodney Cromwell?

RC: Well there sure as heck won't be a new album! I want to enjoy milking this one. I'll probably do another EP if I can decide which track to pick as the lead. I'm going to do some remixes ; Dom and I have just finished one for the great Canadian band Meter Bridge which was a lot of fun. Mostly, I want to play more gigs though. My band and I have actually only done a handful so far, mainly because I've been too busy with all the other promotional bureaucracy to look for bookings. So, if anyone wants to put us on, please get in touch and save me a job. We are all nice people and we have a very reasonable rider (herbal tea bags, cheap red wine and white kittens etc).

APA: Finally, because this blog started life as a place for me to bore people about Depeche Mode, what's your favourite Depeche Mode track?

RC: Well, Violator is probably the most complete pure synth album of all time (APA - correct!). Every cut is absolutely flawless - the combination of great production, songwriting and an astonishing singer. But, if I had to choose just one track, it would probably have to be one of the Vince Clarke uber-pop numbers, I think New Life probably edges it, but ask me tomorrow and it will probably be a different answer.