Today's review is provided by Sangeeta Rao from Washington DC and she is seemingly currently on a mission to see Depeche Mode as many times as she can on this tour. For example, as I type I've just been looking at her videos from last night's Madison Square Garden gig. It's starting to make me rather jealous. Anyway, this review of the Detroit gig is a cracker - enjoy and thanks Sangeeta. 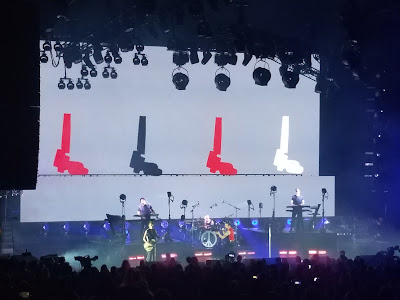 It was one month prior on Sunday, July 30th, and I was at home doing the usual Sunday evening activities such as laundry and gearing up for Game of Thrones that night. I see that my friend Shannon from Miami is calling me on the phone ; (she and I used to be roommates when we lived in New York). After pleasantries, she proposes an idea.

“Since I’m going to be out of town when Depeche comes to Miami, how do you feel about going to Detroit?”

I respond “What’s in Detroit?”

“Depeche is playing there, and I can get a cheap ticket to Detroit. Looks like concert tickets are still available. I’ve been wanting to go there since they’re kind of going through a renaissance and becoming a foodie city”.

“Well, I am already going to a few shows; I can’t justify another one”.

“Come on Sangeeta! We always see DM together, and I will feel terrible if I miss this tour!”

I, then of course look at my calendar, and it just so happens that I’m free that weekend. I am in Baltimore on Friday, August 25 for a sales meeting, and conveniently, the cheapest flights to Detroit are from Baltimore. Short of the version of the story….I’m easily persuaded. We book our flights. She buys the concert tickets, and I book the hotel. Andy crazily my flight was cheaper than the damn concert ticket!! 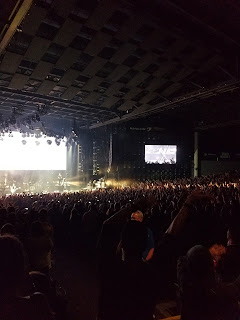 We plan to meet Keri, a mutual friend who used to live in New York and who was also attending the show. Her first show was Music for the Masses, and Shannon’s was World Violation. We arrive at DTE Energy Music Theatre a little late, and DM has already started playing!! I’m hauling ass walking like a mad woman to get to our seats! This was the first show that I could actually see something because I could barely see anything in London at the Olympic Stadium, so I didn’t want to miss the intro. We had decent seats, dead center in the middle section; the venue was an outdoor amphitheater with a lawn. The venue was packed, and there was not a speck of green on the lawn. The capacity is about 16k. I’m so excited at this point because I can actually see and not have to watch it on a big screen! This was my first US show on this tour, so of course, I’m very much hoping for a setlist change. They sounded great, and Dave was really into it! You don’t often hear Dave say something about cities on tour, other than “Good Evening [insert city]!” and usually Berlin, since they’re the Black Swarm and Germans LOVE their DM! That’s another story for another time, LOL!

However, he kept saying the city name, and at the end of a song (forgot which), he said “DETROIT, YOU’RE THE BEST!!” I have never heard him say that about any city over the 25 years I’ve been seeing them live. 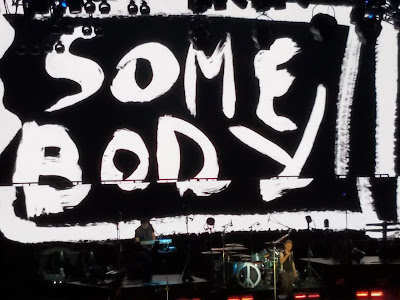 As the night progresses, I look over to my right, and I see a father and his son. The boy was approximately 8-10 years old, and this kid was rocking and banging his head as if he was at a heavy metal concert. He was motioning his hands as if he was playing the drums. I was so happy to see this kid having the time of his life and enjoying a great show. It made me smile. 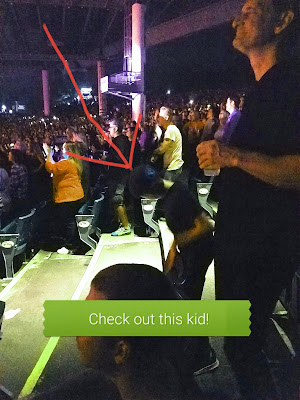 Unfortunately, there were no setlist changes…shocking <<< sarcasm. It IS a great setlist indeed, but it’s safe to say that every song exclusive of the new ones, the majority of us fans have heard live already. I really felt it was The Singles Tour plus Spirit. Corrupt is a fave of mine, but I’m not sure it works so well live. I’m not going to go into setlist details since it’s barely changed throughout this tour.

Overall, it was a wonderful night with perfect weather! I’m glad Shannon got to see them, and it was great to see Keri again.

Side note: As much as I wanted to post pics on facebook that night, I tried to avoid it because it was the SAME night as the Game of Thrones finale. I didn’t want to read/see any spoilers!