A really cool thing about this project has been linking up with blogs in other countries and having the people that run those guest on here. Martini who runs Mode2Joy , 101dM and who is also known on Twitter as MODEontheROAD is one such blogger and I'm delighted that he agreed to review the Gdansk gig for me. I would highly recommend checking out all Martini's Depeche Mode sites as there is more than enough there to keep you busy until the next tour. Thanks so much for this Martini and for the superb pictures and videos too. 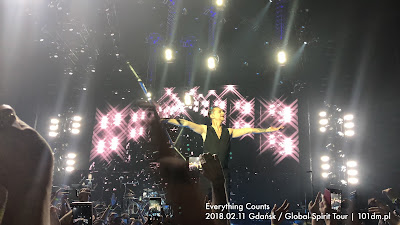 This tour was exceptionally generous for Depeche Mode fans in my country. There have been five gigs in total and that has never happened before. Also there were so many coincidences, referring back to previous tours, that happened during this tour. That even starting with the summer concert which fell near as the 4th anniversary of  the concert from 2013.

Three Polish concerts, or as we called it Polish Spirit Tour, happened at the end of the carnival season. I saw all three concerts and I have the honour to write the in-depth review of the final gig in Poland which was in Gdańsk.

The concert in Gdańsk was scheduled on Feb 11th, which was the 8th anniversary of the band's second concert in Łódź in 2010. If you remember there was a  flood of balloons and we trolled the band by singing Master & Servant (which was our revenge on the band for dropping this classic from the set at that time).  I witnessed all of that 8 years ago.

On 11 February, Depeche Mode played for the first time in Gdańsk, but to be honest it wasn't  their first visit in this city... sort of... Again back to Delta Machine Tour, the band had finished their gig in Moscow, and during their return to the UK they did a stopover in Gdańsk to refill the plane.

All of these throwbacks, flashbacks and other memories were discussed in the queue as we waited for the concert. People had been camping since the day before - their bodies were frozen but souls were hot, supported from time to time tea with rum :-D


You could almost feel the excitement in the cold, winter air, mixed with the scent of hot tea with rum. It’s always amazing to see how people are connecting and bonding during their waiting in the line! The atmosphere was high, even though the temperature was low. We were all ready for what was about to happen! 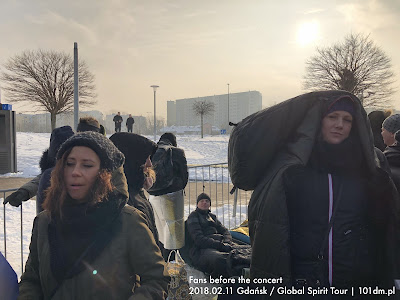 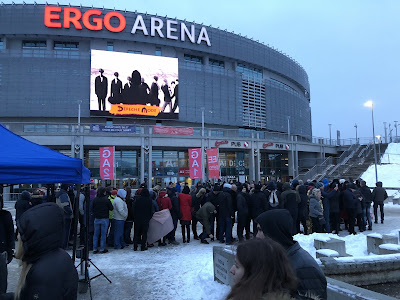 We also discussed our memories from the two previous Polish concerts concerts about work of security, concerts tricks and tips, and a lot of flashbacks from those concerts in Kraków and Łódź. Hardcore fans had been queueing since 3 a.m. waiting in front of prepared tent-gates. Nevertheless, the spirit was high, new friendships established immediately. 2 hours before the start of Entry Entrance security shifted us between the gates which caused a lot of mess, destroying all agreements between fans and fans and security. They then let us into the hall....

Some fans ran, some walked to the GA1 zone and sooner or later we have met again each other near the FOS on the random sites. The atmosphere was superb. Fans started clapping and forcing other to start the Mexican Wave. Technicians even helped us more playing louder and louder upbeat warm-up music. 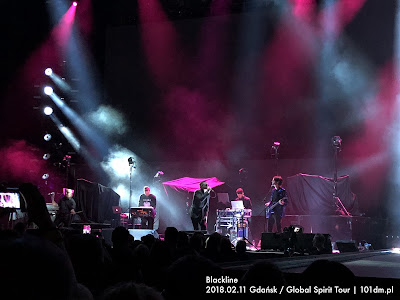 In  the meantime, Blackline appeared on stage. Douglas McCarthy and his new band. They played a set of decent length, shortening the wait for the main star of the night. In 2010 for me, the Depeche Mode and Nitzer Ebb concerts were equal levels. We had the pleasure of witnessing two star bands for the price of one. The day after those two concerts where Nitzer Ebb were support, I had the pleasure of seeing the trio playing a full set in Warsaw. This time Blackline proved that they are better live than what they show on studio productions. Nice two final songs and at least acceptable songs from the rest of the set.

The atmosphere was hotter and hotter. Rumours said that Dave wanted to have +24*C on stage, plus heat from the fans caused some fans to faint because of lack of fresh air. 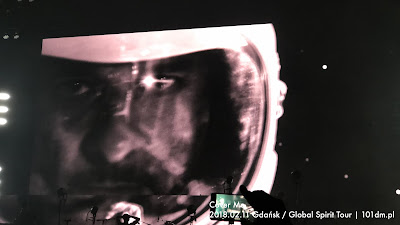 It's hard to write song by song when so many good and less good things were written on this blog during the whole tour. Needless to say that people were waiting for I Want You Now and Cover Me. We got both and a lot more... I think it's better to highlight the highlights of the concert.


I was looking at the empty stage and I knew that I’m about to witness something incredible! And so it was…from the very first moment when the band came on stage. You could feel incredible connection between the band and fans. The energy was so intense - on stage and under it – that you just had to go with it all the way! You could see fans crying during Insight, people were holding each others hands, singing, clapping and giving our band what they came here for – the best time! 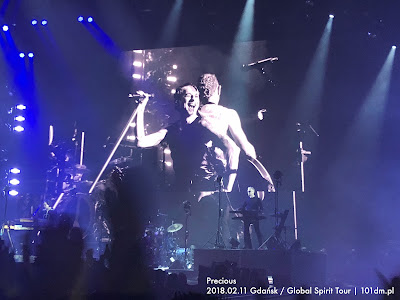 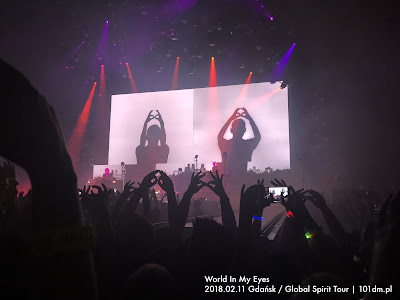 Everywhere during the Polish Spirit Tour, fans tired to praise Andy, chanting his name. Why? I don't know but this story started back in the Touring The Angel era. Check bootlegs or Live Here Now from Warsaw 2006.06.09.

The crew of the band highlighted the Depeche Mode fan club 3City (3City we call agglomeration of Gdynia + Sopot + Gdańsk which border each other). 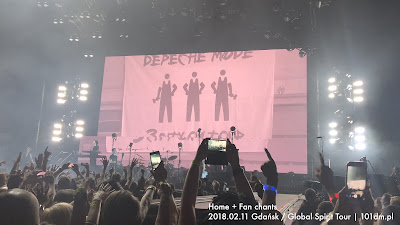 Dave was really connected with the crowd even more than normal. So many times interacted with us on the main stage or on the catwalk. 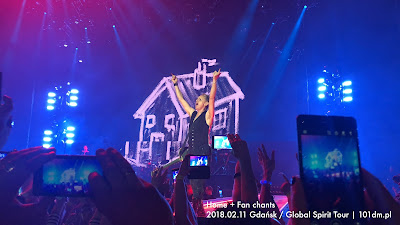 But I need to highlight Martin's part. Before 3rd Martins song Martin said:

"I think this might be an old Polish folk song... Maybe not."

This was a straight reference to the folk version of Enjoy The Silence which ran through the net as a viral piece several months ago and was one of the highlights during Takeovers, on press and tv. 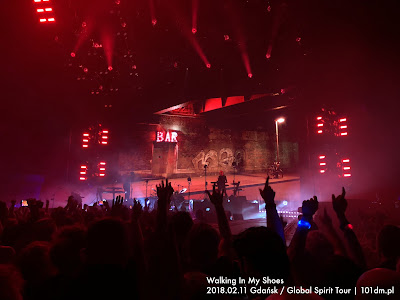 A highlight of this concert was the long outros sang by fans, extending sometimes beyond the length of the songs in the setlist. In the last few concerts, the band started have started trolling the audience by extending the final notes of Walking In My Shoes. I think I liked more what we fans started few months ago in summer chanting the intro/outro of the song. But hey this is the game between us and them - it underlines how we made this gig unique from others on this tour.

This concert was the fantastic mixture of spirit... not 100% sober fans, music, atmosphere, and something unique which is hard to describe by words.

The crowd was floating in Dave’s arms during Cover Me, that moment took us so high that even now I’m getting shivers, just thinking about it! When Everything Counts started – it just blew my mind how the whole crowd sang it. I loved the way Dave thanked us for giving appreciation to Martin and Andy, you could feel that guys were having fun with us and that they can feel our energy too. I was touched with how long they were saying goodbye to us.

Other highlights you can see on my montage clip where I chose the best moments from the gig in Gdańsk.

At the end of my review, I'd like to thank all the fans who I met outside the Arena and inside too. It was a pleasure to sing with you party with you and share all the moments which made this night and two before so unique.


The whole show was extremely energetic, full of emotions, highlights and unforgettable moments. It’s amazing that every single show – no matter if it's your 50th or is it your first one – makes you really feel and understand what Depeche Mode is truly all about. What does it mean to me? Well, we can always talk about it when we meet somewhere in another queue!