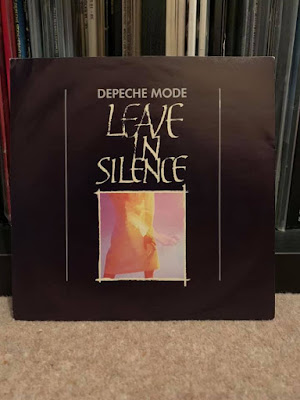 How would Depeche Mode follow two incredibly poppy singles? Could they go even poppier than The Meaning Of Love? Britain's premier synthpop band would surely only repeat the pop trick wouldn't they?
No, no they wouldn't. Welcome to the new, darker Depeche Mode. Welcome to the Depeche Mode you know and love. They were back, quite literally, with a BONG.
Welcome to Leave In Silence. 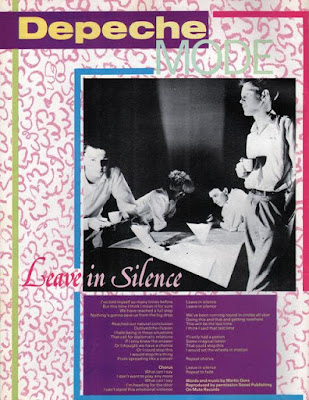 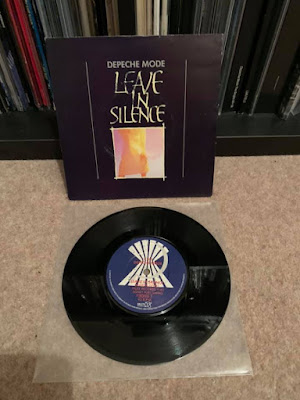 There were only two UK formats when the song was released. Firstly, we have the 7" (7BONG1) which you can see above. The dark sleeve matches the song's mood beautifully and the label gives a nice nod to what was to come with A Broken Frame. 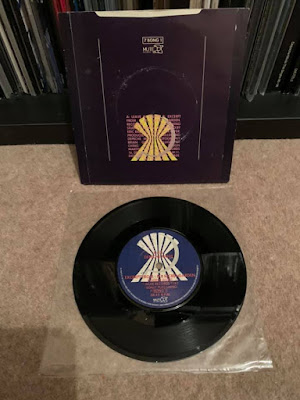 The back of the sleeve (above) is really nice too, a vast improvement on the cartoon like design of the last two 7" singles. The B-side label reveals that the B-side can be played at two speeds. Remarkably, there are 11 different variations of the 7" which you can stun your friends and loved ones with should you collect the set. 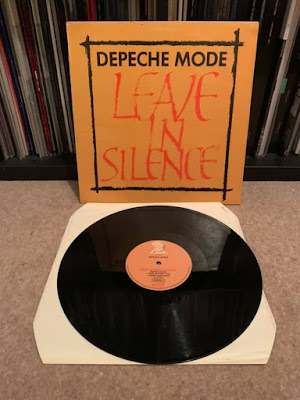 The 12" (12BONG1) is a glorious thing with a simple but eye catching cover. The first pressings came in a textured sleeve such as the one above, a sleeve that was faithfully and wonderfully recreated for the 12" Singles boxset for the album. This record features three tracks. The A-side is Leave In Silence (Longer), a mix that is not only true to its word but one that is one of those quite brilliant early Depeche Mode 12" remixes that you can't help but love. It's 6 and a half minutes of sheer joy. 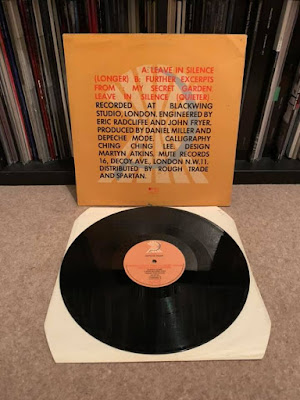 On the B-Side, we find two tracks, Firstly, having had a listen to the Excerpts on the 7" we get Further Excerpts From : My Secret Garden which is really just a different version of the same thing albeit only at 45 rpm. There's an additional remix of Leave In Silence (Quieter) which is an ironically named cover of the song by British Grindcore band Napalm Death. Actually, it's not - it's a really rather nice version of the song with all the noisy bits removed and an echoey vocal from Dave. I genuinely like it. 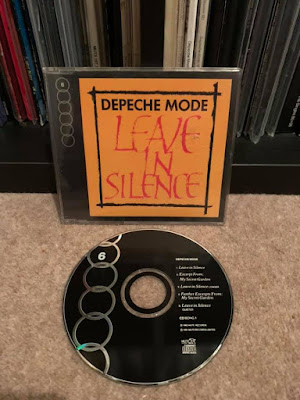 The UK CD single reissue from 1991 (CDBONG1 - above) took all five tracks and put them on one handy digital disc.
As ever, there were some nice German releases. Firstly, the red vinyl 7" single: 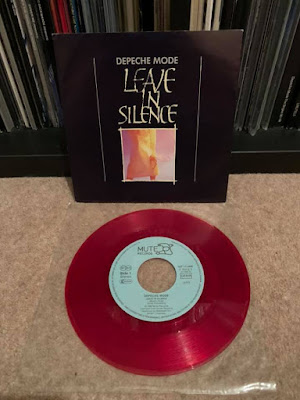 That features the same tracks as the UK 7" 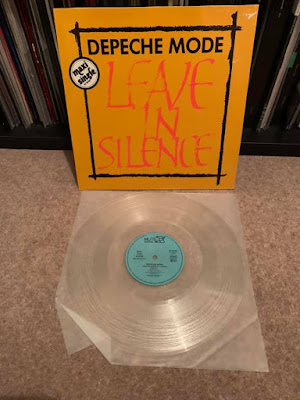 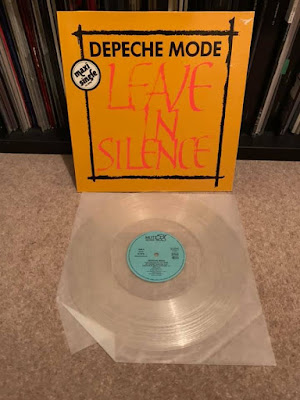 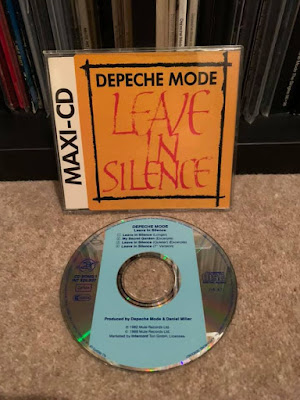 The French made similar errors on their CD too, giving the tracks the same names as we saw above: 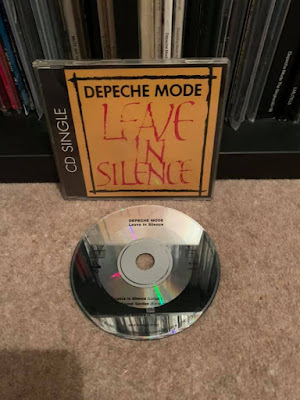 The single was also released in Belgium, Sweden, Australia, South Africa and various other territories around the world.
With Leave In Silence, Depeche Mode moved on to phase two of the band. The said goodbye to the world of pure pop and hello to the darker side of life. Ok, it wasn't a successful single but it was an important one. We first met the darker Depeche Mode and the BONG catalogue number. Things were going to be different from now on but, before we went to Berlin and started hitting bits of fence, we first had to formally introduce a new band member. That was done via the band's next single, a stand alone effort that had a surprising influence on house music and the band's first limited edition single.
It also had a bad video but that was predictable.
Well, almost.
Posted by DJM at 20:39