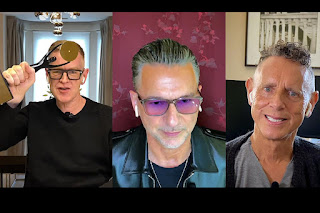 2020 has been an unparalleled car crash of a year. From diseases the world can't shake to the rampant buffoonery of the likes of Messrs Trump and Johnson, no-one will look back on 2020 with any fondness. We've all tried to carry on as normal of course and, for this blog and for most of you reading, that has involved a lot of Depeche Mode related activity. It's been a busy year for the band and, even though that doesn't seem to have involved a new album, there has been plenty to take in this year.
At the end of a frankly laughable year, here then is a review of Depeche Mode's 2020. See you all in 2021.
JANUARY
Not much Depeche related in January. Everything seemed normal then really didn't it?
FEBRUARY 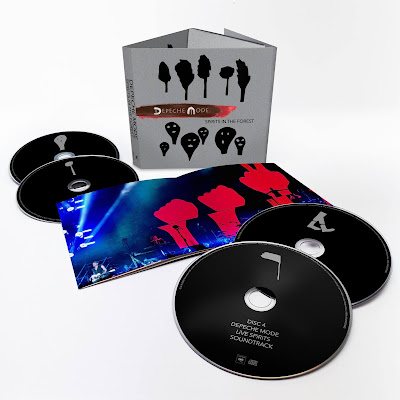 February the 28th saw the world finally find out about Live Spirits.  The official site gave us this press release and everyone pencilled May 1st in their diaries as the date we'd see the live film from the tour that had ended months ago. Like everything this year, that didn't quite go to plan
MARCH
In certainly not affiliated in any way to Depeche Mode news, this blog ran a month long project celebrating Violator's 30th anniversary. If you want to see how that went, check out the 31 articles right here

The band also announced the release of the much anticipated and frankly gorgeous Violator: The 12" Singles boxset. This picture caused an almost peak Beatlemania style outpouring of joy from the DM fanbase. Well, the part of it that buys repeated versions of the same thing over and over again. The part that includes me. 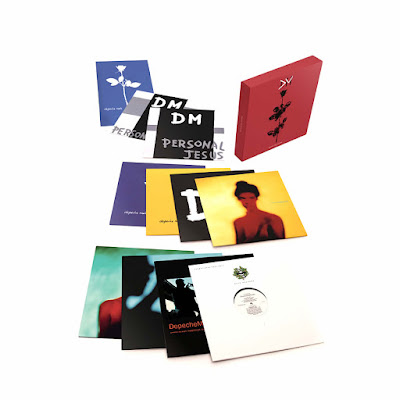 Meanwhile, here in Scotland and in most parts of Europe, we went into a brief lockdown. That sounded like a novel concept then - a few days "working from home" would be just what everyone needed to have a break and watch this flu like thing disappear from view as quickly as it entered. We'd all be back at work in a few weeks and we'd look back on this and laugh. Oh.
APRIL
The world went bananas basically. Depeche Mode stayed quiet. We all did really.
MAY
The world continued to go crazy. The only thing that could save it was the long awaited release of Live Spirits. May started as May always does with May 1st and that was the DVD release date as announced by the band (see February above). It didn't happen though. It was put back to June.
JUNE 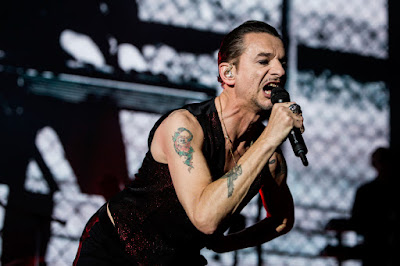 June was a busy month. Firstly, June 14th saw the 40th anniversary of Dave's first appearance with the band who were then known as Composition Of Sounds. I wrote about that here.
Next, 23 months after the tour ended, Live Spirits arrived, presenting a fairly flat version of both Waldbuhne gigs. The DVD was hotly anticipated by all Depeche fans but it sadly didn't satisfy. I reviewed it in July here.
Thankfully, we had Liverpool's Premiership win to lift both the Live Spirits and the Covid-19 gloom. I'm sure we can all agree that Jurgen's boys winning the title was a really 2020 highlight right?
JULY
July brought us the majestic, beautiful and every other word in any known language that means those things Violator: The 12" Singles boxset. 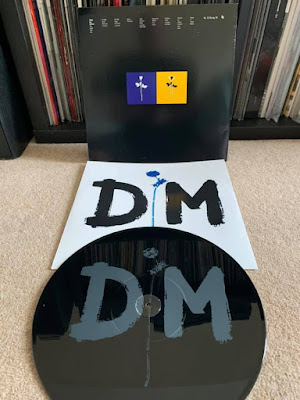 Despite spending a whole month repeatedly writing the word Violator, I went into the boxset in the sort of depth that worries my non Depeche fan friends - reach out and click this
AUGUST
Another month free of new Depeche Mode news. There was other news of course but it was unrelentingly grim.
SEPTEMBER
The official site burst back into life this month with an announcement about the Songs Of Faith And Devotion: The 12" Singles boxset. 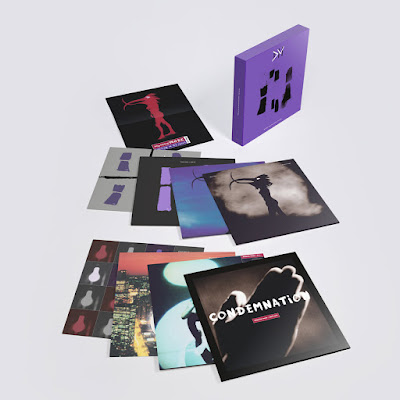 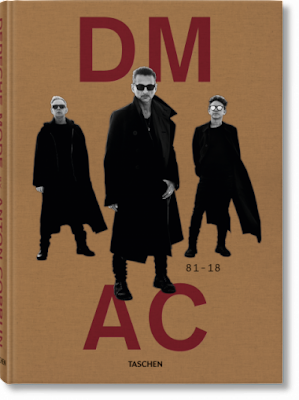 A new month and more new release news. The long awaited and much anticipated Anton Corbijn Depeche Mode photobook was announced. ACDM was a large, massively expensive thing that was limited in number and weighed the size of a small car. It's full of wonderful photographs and everyone that bought one (I didn't) was delighted. The people who bought it simply to sell it on Ebay deserve to have all the scorn there is in the world poured on them.
Obviously, I felt the need to tell everyone what I thougth of it - DMAPA 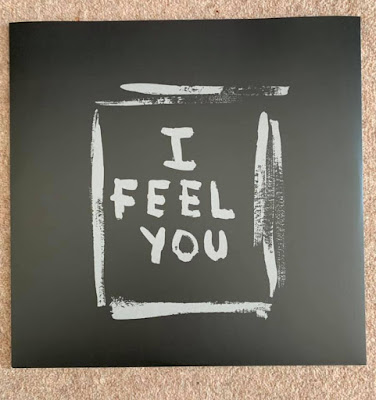 The Songs Of Faith And Devotion: The 12" Singles boxset also arrived this month. As you would expect, I went mad about it and wrote a blog that featured a photo of everyone of of the matt black inner sleeves in each 12".
Normally I'd say that I really should get out more but that wasn't really possible this year.
NOVEMBER 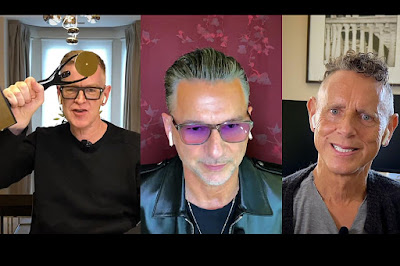 On the 7th of November, the band were inducted into the Rock And Roll Hall Of Fame. Being from Britain, I have no real idea why this is a big thing but it's great to see Depeche Mode get recognised as being a band worthy of this honour. It was fantastic to see their acceptance video. Dave's speech was great and Martin's chuckling and Fletch's larking around made for a great watch. They all look healthy and in great spirits and that is wonderful to see.  Dave even ended the video by telling Martin to "get back to the studio." Did that mean that something new was being worked on? 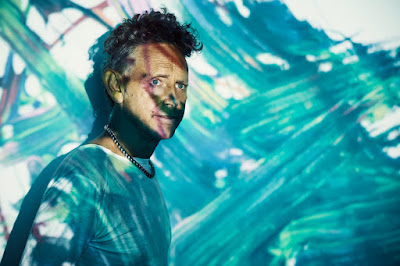 Well yes, but not a new Depeche Mode thing. November 17th saw the announcement of Martin's next MG project, the seemingly monkey themed e.p. The Third Chimpanzee. As the kids say, that "drops" in January and I'm very much looking forward to it.
Finally, November also saw the delivery of the DMAC books most of which were actually taller than the people who now owned them.
And Trump lost. Good times.
DECEMBER
There has been no Depeche Mode news yet this month but there are still 11 days to go. 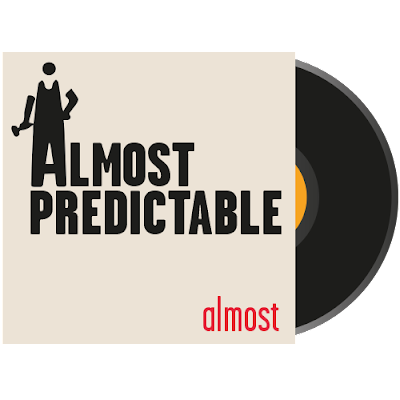 That was Depeche Mode's 2020. What will we see from them in 2021? There's the MG e.p. obviously and we'll no doubt see the Ultra and possibly Exciter 12" boxsets at some point this year. 2021 will also see the 40th anniversary of the release of Dreaming Of Me and Speak And Spell.  Will the band celebrate those in any way? Will we get new album news?
As we continue to suffer with all things Covid related, in the small corner of the world that is Depeche Mode related, it's always cheering to get news of some sort. If there is any this year, the blog will bring you that along with the usual nonsense including the "I've bitten off more than I can chew this time" Singles project that is already behind schedule.  There will be news about Halo this year too.
As ever, I still can't believe that people read and like this blog and I continue to be touched by everything everyone says about it. Thank you very much for reading and I look forward to more Mode related nonsense next year.
Meanwhile, please stay safe and take care of yourselves.
Posted by DJM at 21:22