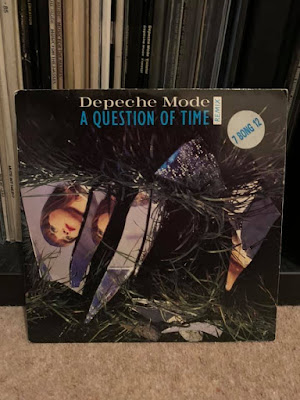 The third and final single released from an album as the tour in support of that album winds down might not seem that important. Everyone that will buy the record has bought it and the single will only really be of interest to collectors who need to have everything associated with the band.
A Question Of Time was released on 11th August 1986 and at that point there were only two dates left on the Black Celebration tour. Despite this odd release date, A Question Of Time is a hugely significant moment in Depeche Mode's history, not because of the music, but because of the video.
Enter Anton Corbijn, and enter the previously unknown concept of artistic credibility. The video review sections are going to be dull for the next few singles. Let's see if we can find something else to laugh at instead. 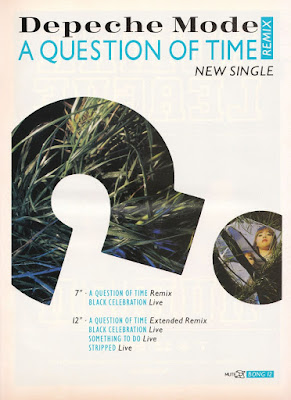 PERSUASIVE WAYS - A QUESTION OF TIME
The Single
A Question Of Time was released having been remixed, the single version of BONG12 being a slightly jauntier version than the album mix. There was a Remix Edit of the remix too but we'll come on to that and how to spot it later on. Yes, that's right - I will be providing examples of how to find out if you have the promo 7" with the Remix Edit on it. I like to provide as full a service as I can. You lot read this voluntarily - imagine what my wife, my family and friends have to put up with.
The NME gave the single a fairly snide review:
"Remixed and remodelled, 'A Question Of Time' is an anthem: Depeche Mode's answer to Big Country. It just stutters on in frantic waves of guitar and synth keyboard. Depeche Mode's fans seem to crave for a diet of rigid, thrashing beats. That being so, 'A Question Of Time' is neither here nor there. It's just yet another Depeche Mode single."
"Synth keyboard" eh?  Number 1 Magazine was a bit kinder: 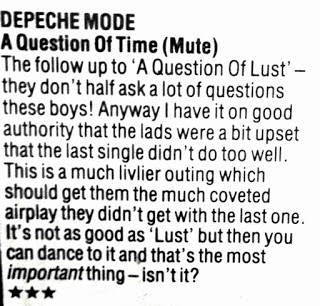 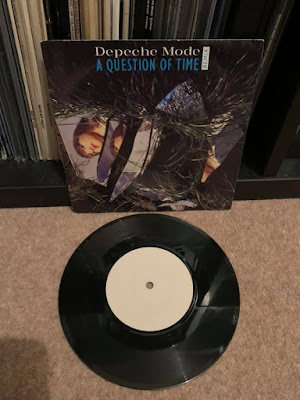 7BONG12 (above) features the two tracks mentioned above. The A-Side label should look like this:
My one is blank however.  The B-Side looks like this: 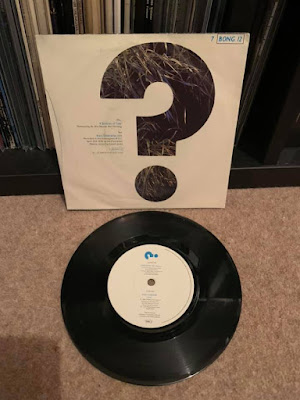 The labels are really nice and the question mark on them and the rear sleeve is a nice touch. I don't quite get the front sleeve art which appears to show a girl looking in to the mirror of a crashed car but there you go.
I mentioned earlier that there is a Remix Edit available too. This came out on 7"and there seems to be a way of finding out which one you have if your sleeve isn't adorned with a Ferret & Spanner promo sticker. The Remix Edit is, unsurprisingly, an edited version of the Remix that features on the standard 7". Here is a photo comparing both versions (yes, I did this): 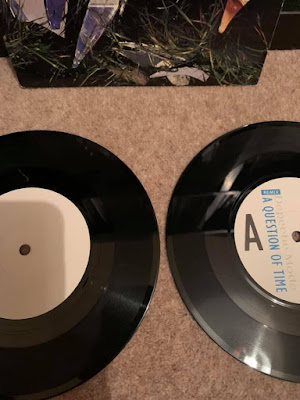 The promo version is on the right, As you can see, the inner groove is larger than on the standard 7" on the left, meaning that the track is shorter and is therefore the Edit. The fact my standard 7" has a black label and thus looks like a white label (but isn't) is a needlessly complicating factor. Basically, if you want the Edit 7", be prepared to study photos on Ebay etc. I did that and I got it for a fiver, There are other ways to identify the promo including by looking at the colour and position of the label on the B-Side. If you are ever in doubt, seek help at depmod.com 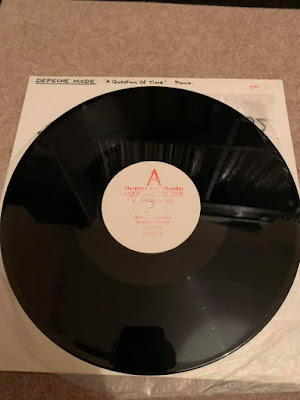 Talking of promos, we are now firmly in the era of the promo 12". There were two for this release. Above, we have the standard 12BONG12 promo which has a lovely hand stamped label and features the four songs on the standard 12", more of which shortly. There is also a numbered 12" promo for L12BONG12 which again features the tracks we'll talk about shortly. My own one is number 1011, one digit too long sadly. You know why. 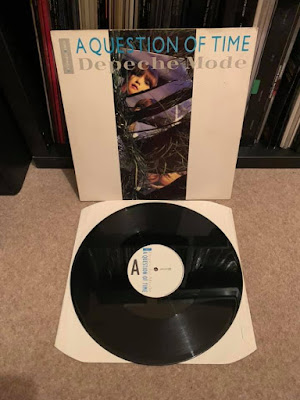 12BONG12 features a remixed, but not extended, version of the 7" cover art. Original pressings have the words Extended Remix a greay stripe, later ones in a white stripe. The Extended Remix of A Question Of Time is well worth your time - a superb, thumping take on the track. 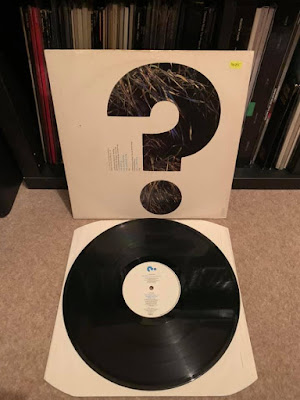 The B-Side takes the live version of Black Celebration from the April gig at the NEC and adds enjoyable live versions of Stripped and Something To Do from the same concert. Again, the artwork is rather nice and the labels quite lovely.
There was of course a limited edition 12". L12BONG12 has a question mark based sleeve and label. As you can see, the words "limited edition" appear in the top right of the front sleeve. The pressing above is the second pressing as the words are printed on the sleeve. First pressings had the words on a sticker: 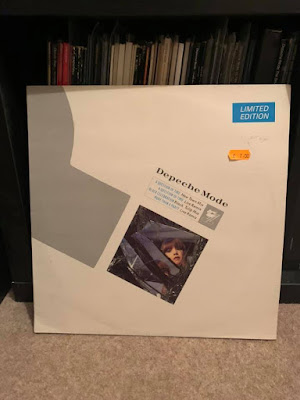 Rather wonderfully, that trick was repeated in the Black Celebration The 12" Singles boxset. There are two tracks on Side A. Firstly the rather odd but actually quite good New Town Mix of A Question Of Time which leads into the apparent Live Remix of the track. It seems to be so named because the lead riff is played using a different and quite odd sound. 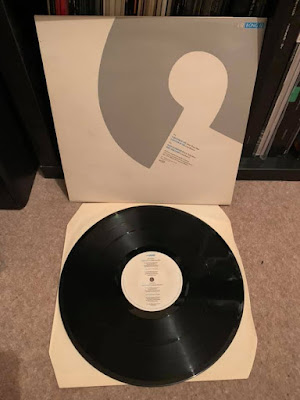 The B-Side is great. There's the Black Tulip Mix of Black Celebration, a quite glorious thing, and a thundering live version of the ice cream demanding More Than A Party recorded at the NEC. 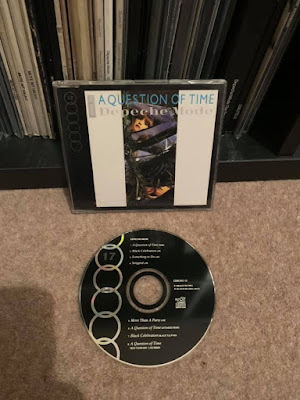 The 1991 UK CD is a cracker. It was the first of this series that I bought and I was obsessed with it back then. It features all the tracks from the three vinyl releases, turning the two tracks from Side A of L12BONG12 into one. It was like that on the record really as track one ran into track 2, but here it's called A Question Of Time New Town Mix/Live Remix. So there you go. 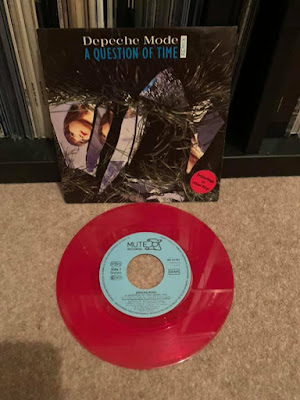 Elsewhere, once again we have a red vinyl 7" from Germany. 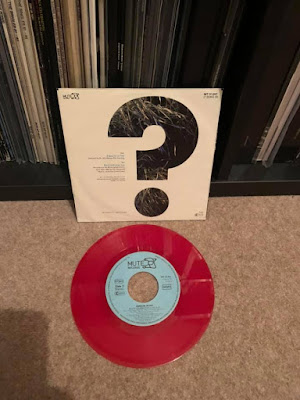 It features the same tracks as the UK single. 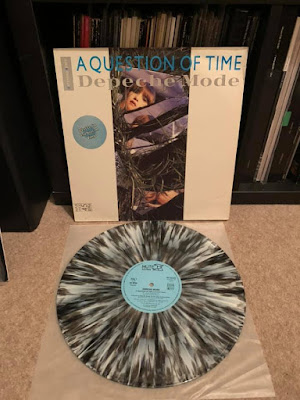 The first of two coloured vinyl 12" singles is this lovely marbled version. 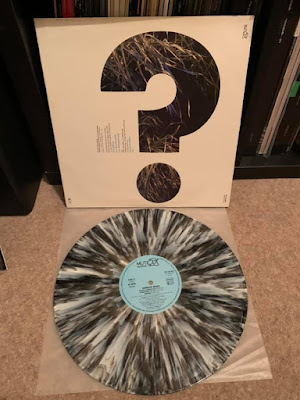 It's just like 12BONG12 and features the same four tracks. 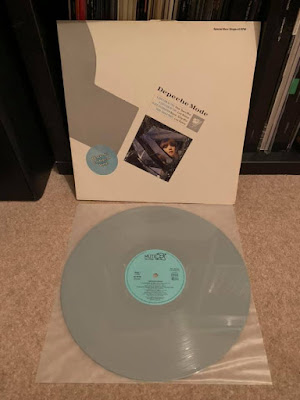 The German L12 comes in this stark but rather smashing grey vinyl as well as the standard black version. 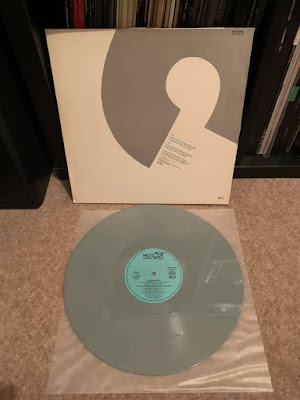 It co-ordinates rather nicely with the colour of the question mark on the cover and, of course, features the same four songs as L12BONG12. 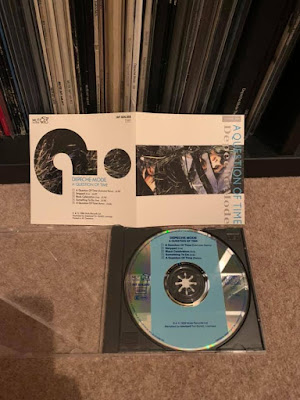 Unlike most of the other German blue stripe CDs (the three ...And Live Tracks and Blasphemous Rumours aside), this CD single came in a jewel box and features booklet inlay albeit blank on the other side. It takes the tracks from 12BONG12 and adds A Question Of Time Remix for good measure. 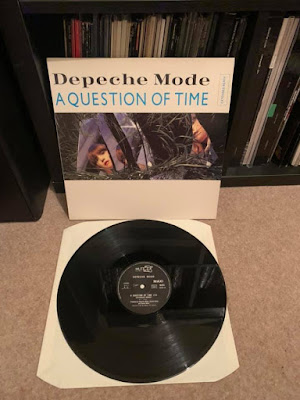 There are a few interesting French releases. Their 12" (above) has a different sleeve to the UK version. 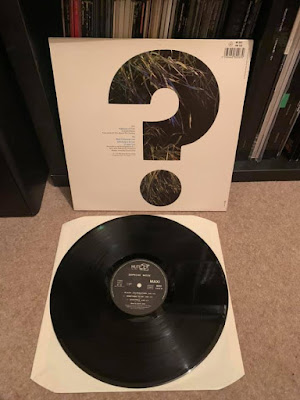 It features the same tracks as 12BONG12. 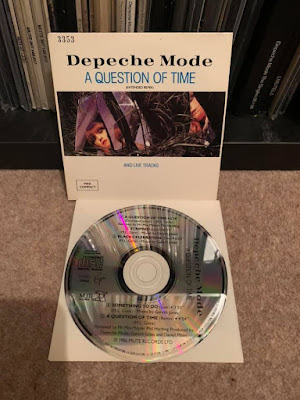 There are three variations of the French CD single - two that are in jewel cases and one in a numberedd cardboard sleeve as pictured above. It features the same tracks as the German CD single. There is also a French cassette single which is rare but not too pricey. 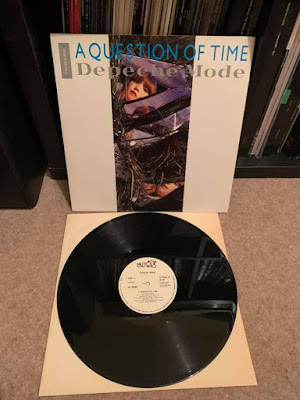 I discovered when preparing for this that I also have a Spanish 12" which you can see above. No idea when I got that. Anyway, it features the 12BONG12 tracks. 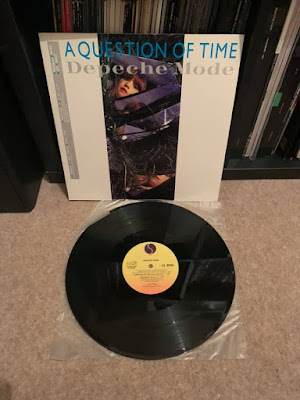 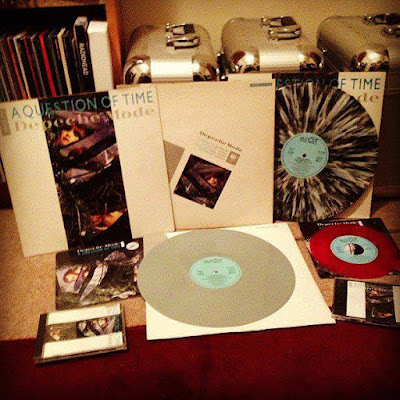