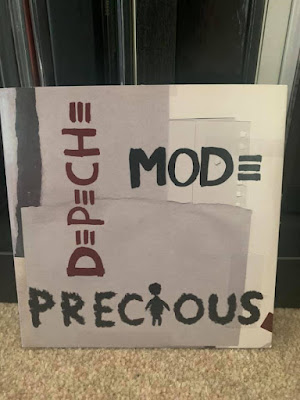 The news that Depeche Mode were releasing their first new album in four years was news that got the by now fully active Depeche Mode forums buzzing with anticipation. Remixes 81-04 had kept Depeche Mode fans happy enough and solo work from Dave and Martin had generated a reasonable degree of interest, but a new Depeche Mode album was what people really wanted.
Precious was chosen as the album's lead single and what a single it was. Ok, we all heard it first in fairly dodgy quality when it was leaked along with the video by someone at the company that made the video (more of them in a bit), but it was warmly received regardless. This was the first Depeche Mode release in the internet leaking era and for a fanbase as rabid as Depeche's, anything and everything was seized upon. The frenzy that greets any Depeche leak is the reason so many people wrongly dislike Fragile Tension remember. Don't sit there shaking your head - it's better than most of Sounds Of The Universe. Yes, even better than that song.
Anyway, 2009 will come. Let's focus on 2005, a new single, Mr Feathers, a storming B-Side and a quite horrendous Depeche Mode Go Sailing video.
A MASTERPLAN - PRECIOUS
The Single 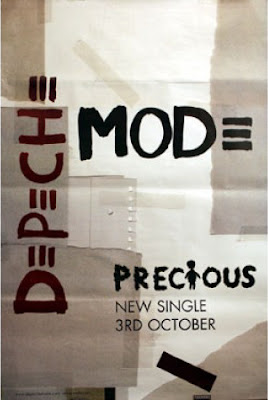 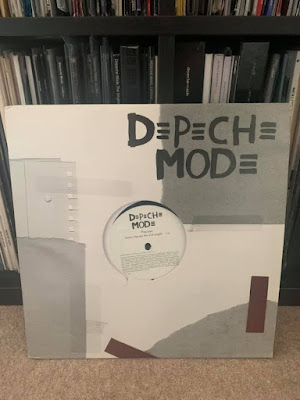 If it's 2005, that means promos, digital only releases, slipcases and a picture disc 7" albeit one that only came to be thanks to the dedicated work of depmod.com. The first of the promo 12" singles was P12BONG35 which is pictured above. 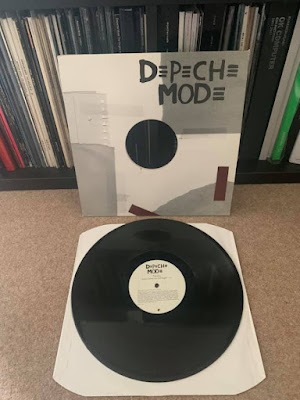 This 12" has the same tracks as the standard issue 12". On the A-Side there is Precious (Sasha's Spooky Mix - Full Length). 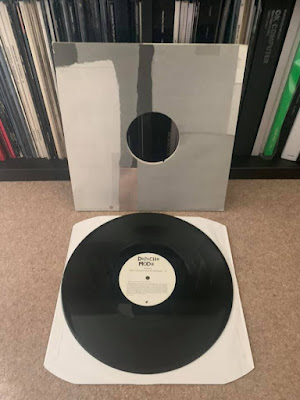 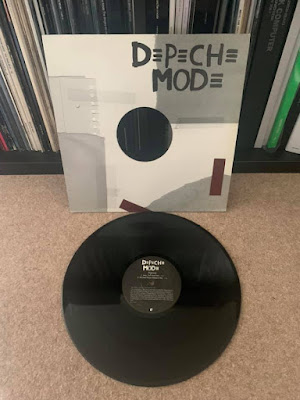 PL12BONG35 contains the four remixes of Precious as L12BONG35. On side A there are the Misc. Full Vocal Mix and Michael Mayer Balearic Mix. 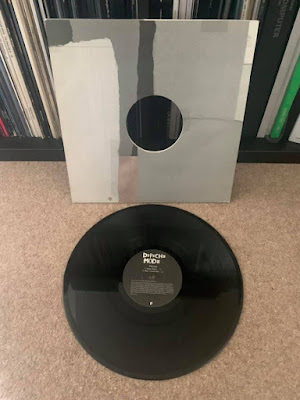 Side AA contains the Motor Remix and Misc. Crunch Mix of Precious. 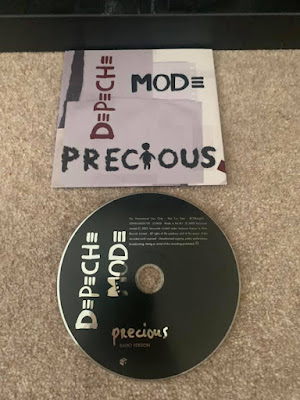 The promo CD RCDBONG35 is a one track release. 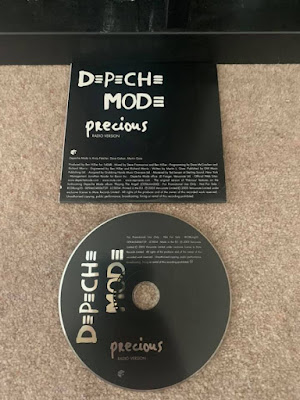 It will come as no surprise to any of you that it contains the Radio Version of Precious. 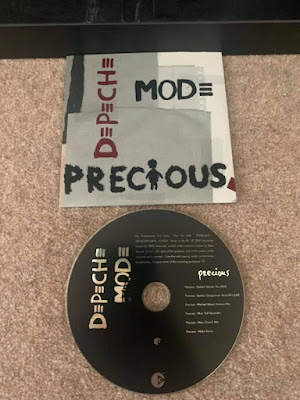 There is a second promo CD. PCDBONG 35 is the Club Promo CD. 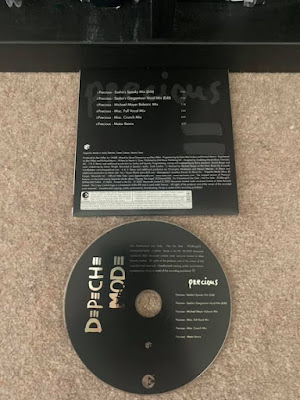 It features the six remixes from the two promo 12" singles but spares you some of the pain by featuring edited versions of the two Sasha remixes. There are a further five UK CD-R promo releases. 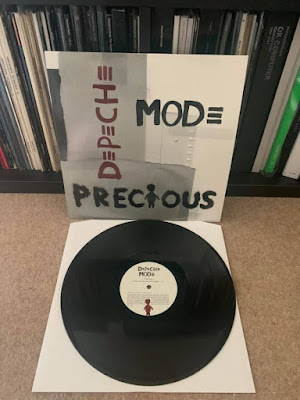 12BONG35 features the two Sasha remixes I mentioned above in the same order they appear on the promo 12". 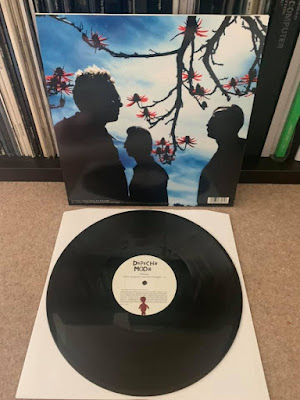 On the plus side, the sleeve is really nice, the band feature on the rear sleeve and the labels are cool. On the negative side, both remixes are rubbish. To be fair to Sasha however, Precious isn't a song that's really designed for a remix. 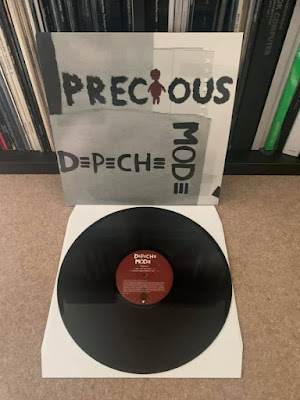 L12BONG35 is a nice package again and, like 12BONG35, features the same four remixes as it's promo 12" equivalent. 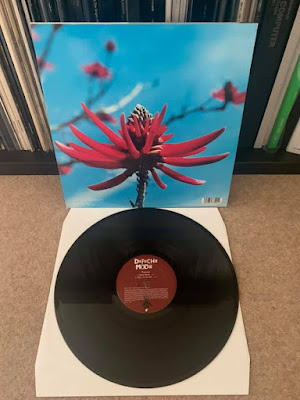 Anton clearly thought this was still the Exciter campaign. The only remix worth bothering with here is the Motor Remix. It's great. 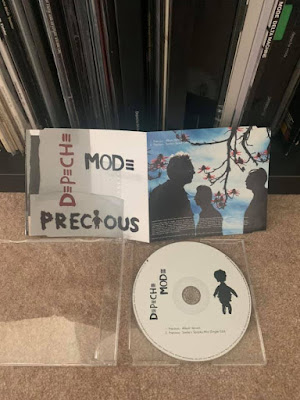 There were also two CD singles, a DVD single AND a box to hold them all safely in. CDBONG35 contains the album version of Precious and Precious (Sasha's Spooky Mix - Single Edit). 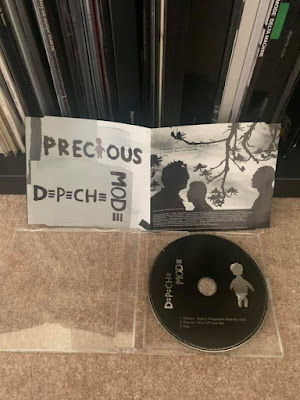 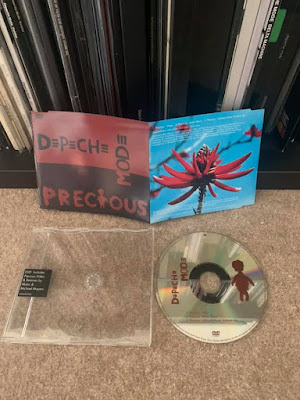 DVDBONG35 has two more Precious remixes - Motor Remix and Michael Mayer Ambient Mix, the best of his three remixes. Cruelly, it also contains the video for the single too. 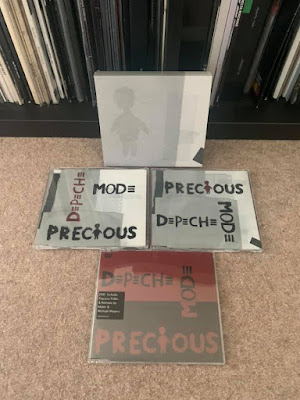 Mute emailed everyone on the DM mailing list to let them know that a limited slipcase box thing was available for no charge at all. All you had to do was order one and hope you were lucky. 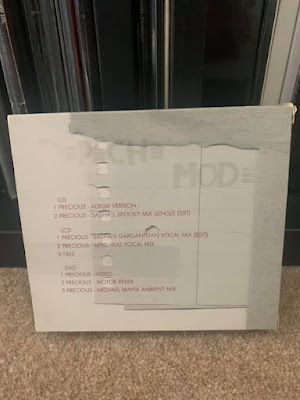 The back of it contains all the info you need.

And that's what they all look like in their box. I see I have the DVD single at the top, LCD below and CD on the bottom. That is the wrong way round and I apologise. 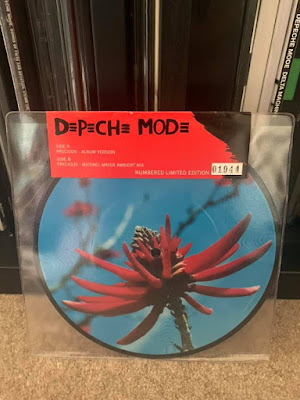 As the Playing The Angel campaign rolled on, (spoiler alert), each single had a 7" picture disc release. That meant that Precious was the odd one out and that sort of thing does not sit well with the collector element of the Depeche fanbase. Depmod.com rallied the troops and Mute were petitioned to release a Precious picture disc. Fearing the wrath of people who can recite the barcodes of all Ugandan only acetate 10" singles, they relented, and on 11th December 2006, a picture disc 7" was released. 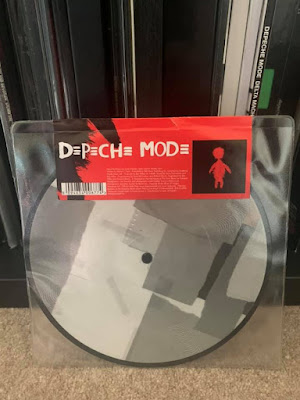 It's numbered and in a plastic sleeve and has a psychedelic A-Side. On that side there is the album version of Precious. On the B-Side (above), we have Precious (Michael Mayer Ambient Mix)
There were a number of digital downloads too. The tracks you could get by buying every download were all remixes of Precious:
Calderone & Quayle Damaged Club Mix
DJ Dan's 4am Mix
DJ Dan's 6am Dub
Sasha's Gargantuan Instrumental Mix
Motor Remix
Michael Mayer Ambient Mix
Single Version
This release was a Europe wide one so there aren't too many European variations. There's a Belgian 2 track CD, a French 3 track that includes the video, a Danish promo CD and two limited Greek promo CDs. 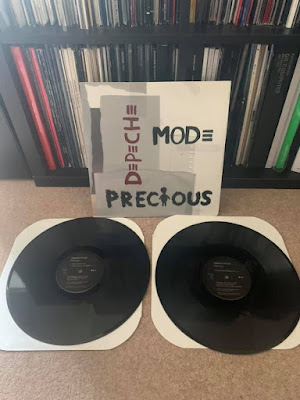 The US once again went for a double 12" featuring seven versions of Precious. On Side A there are Album Version and Sasha's Spooky Mix - Edit. On Side B, Sasha's Gargantuan Vocal Mix - Edit and Misc. Full Vocal Mix. 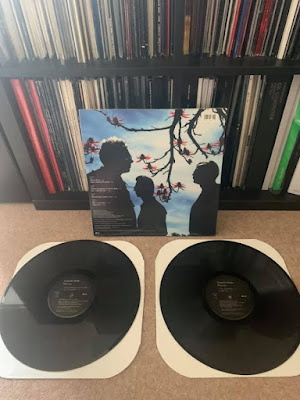 Side C has the Michael Mayer Balearic Mix and Side D Misc. Crunch Mix and Motor Remix. The US CD single features the same six remixes as PCDBONG35.
The US also released three promo CD singles. The first contains the US Radio Version and Album Version of Precious with the former being a full 7 seconds shorter. The second promo CD drops the Album Version of Precious from the double 12" and adds Calderone & Quayle Damaged Club Mix and  DJ Dan's 4am Mix. The third promo CD contains the Radio Version and Misc. Full Vocal Mix of Precious and Waiting For The Night (Bare).
In addition to these promos, there are also 10 CD-Rs and 4 DVD-Rs. Good luck finding those. 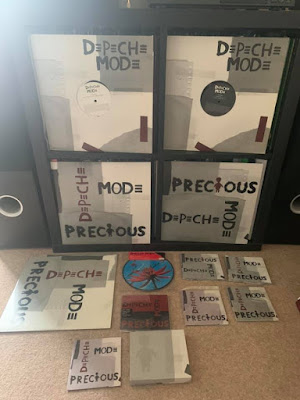 As a comeback single, Precious was a fine choice. Rather than go down the "let's release a loud one first and then the potential hit" route, they released the potential hit first and it worked. Ok, the video was dreadful and the remixes mainly awful, but we got a slipcase, a belated 7" picture disc and a superb B-side.
What mattered most was that Depeche Mode were back, a notion that had not looked that likely during the solo campaigns between Exciter and Playing The Angel. The comeback album would proved to be a stunner and the subsequent world tour a triumph.
All in all then, Precious was a success. Next they'd release another slipcase, B-side and picture disc filled single and once again would accompany that with a dreadful video. We will...sorry...see if we can get used....I apologise,..to that pain next time.
(That was terrible)
Posted by DJM at 14:05