For the third and final time on this tour. Martin Sernestrand from Gothenburg in Sweden returns to reviewing duties, following up his two Copenhagen reviews with this excellent blog about the Prague show on 31 January. Thank you very much Martin, not only for the review, video and pictures here, but also for all your work on this Project. Enjoy everyone. 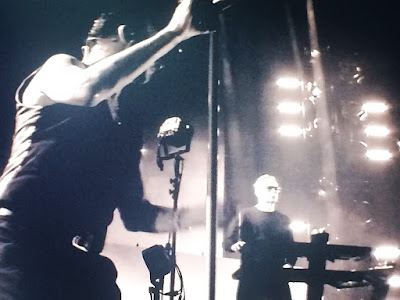 It is the third concert on the third leg of the Global Spirit Tour for me. Since the nineties, when I saw the band for the first time, I have not seen any gigs outside Sweden or the Nordic region. But on this tour, I decided to go all the way and visit eight cities (including London, Berlin and Prague).

Sadly, Depeche Mode aren't playing more than one gig in Sweden on this tour - something of a disappointment. I mean, our neighbors Denmark has even had three visits, so it is clear that you could at least hope for one more visit to Sweden too. A comparison figure could be that they visited Sweden three times during both Touring The Angel and The Delta Machine Tour and four times during the Tour Of The Universe.

So what's the problem? Is Sweden tired of Depeche Mode? Is Gothenburg and Malmö too far away compared to Copenhagen? Are Depeche Mode dejected from visiting Sweden again after the poor response from the World Tour Premiere at the Friends Arena in May last year. Maybe a bit of each. Of course, I can admit that eight Depeche Mode concerts in one year (it's not even twelve months since the Stockholm concert last year) is enough even for me. 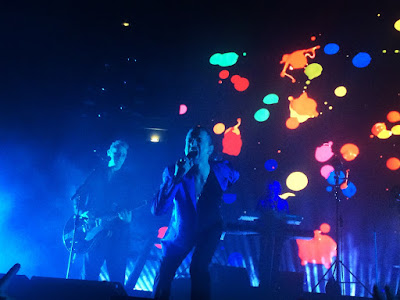 You begin to feel as if you know exactly what's coming. You know that, at least during the third leg, it starts with Going Backwards, It's No Good, Barrel of a Gun, A Pain That's Used To, Useless, Precious, and builds to when World in My Eyes ends. The first part before Cover Me initiates the slightly calmer section with Insight and Home. You know that the highlight of the night is Everything Counts, Stripped, Enjoy the Silence, Never Let Me Down Again and you know that Strangelove is the next song when Martin Gore comes up on stage alone with Peter Gordeno. It's hard to be surprised anymore.

But it's as hard to keep calm. The encore with Walking In My Shoes, A Question Of Time and Personal Jesus is truly amazing. The band sounds tight and Dave Gahan sings perfectly. The audience is deafening, not at least in the chorus. The classics sounds like they should, as do the new songs. Depeche Mode live is a well-oiled machine, which tonight does not fade more than in the beginning of the concert where they lose you a bit. 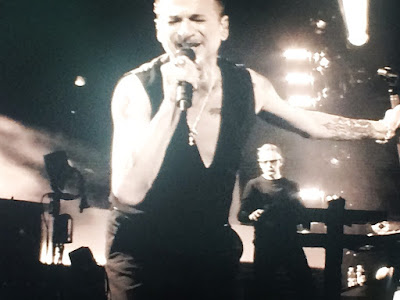 I can see many concerts without tiring, but I would not mind bidding on some more surprises in the evening. Imagine if Depeche Mode would dust off songs like Lie To Me, Here Is The House, The Things You Said, Sweetest Perfection or The Sun And The Rainfall.