It's always good to hear from Panos Sialakas, unless he's pulling me up on my blog errors even though that's sort of helpful. He's forgotten more about Depeche Mode than most of us will ever know and he saw them in Turin on the 9th of December and happily for me, agreed to tell us all about it. It follows his Athens review from June (http://almostpredictablealmost1.blogspot.co.uk/2017/05/live-review-depeche-mode-terra-vibe.html) and, as well as his superb work for this blog, you can read more about Panos' adventures on his own blog - https://www.scoop.it/t/popmart . Thanks very much Panos for this and for the pictures too. 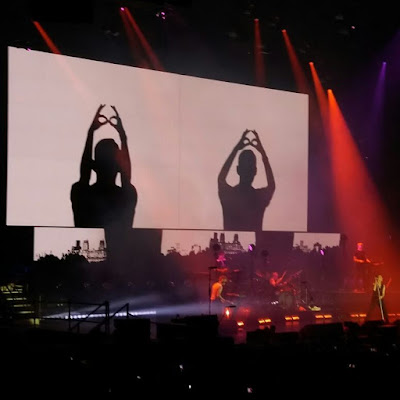 I've said before how much I love attending Depeche Mode gigs in Italian soil, something I'm doing for at least once per tour since 2006. So I had visited Milan, Bologna, and Rome before... but not Turin, a place Depeche had included in their last couple of tours. I'd heard it's a beautiful city and it has one of the most modern indoor venues in Europe, Pala Alpitour.

So as I was in Italy last June for the Milan and Bologna stadium gigs (check my review for those two here: http://sco.lt/5j9Qiv), the Italian winter gigs were announced and it was quite an obvious choice: this time it'd be Torino.

It's the third straight time the band plays stadiums first in Europe and then after the US leg coming back for an arena tour, pretty weird if you ask me. It's getting even weirder if you compare the setlists between the two legs: the stadium leg has a few changes, be it older songs not performed for years or surprises such as Corrupt in this tour.

Things like this made me a bit worried about what to see this time. For the most part, my fears proved wrong. So here, for a change of my own, here's a song per song review: 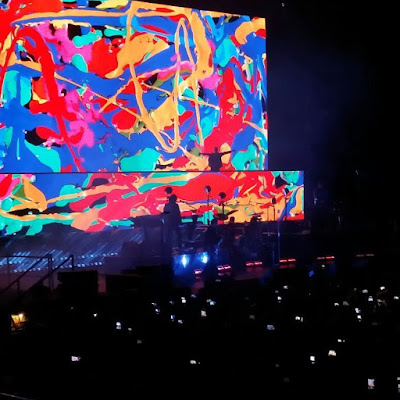 Going Backwards: Not only the best Spirit song but one of the best songs Depeche has recorded in the last 10 years or so. Even if it sounded better than summer, it still doesn't reach the high standards of the record.

It's No Good: WOW! Venue was on fire with this one, not only because it's a popular song but also because Dave, in particular, was very active and moved the crowd with his very energetic performance.

Barrel Of A Gun: No, very slow - reaching boredom status.

A Pain that I'm Used To: I insist that the Jacques Le Cont version is even better than the original and its setlist place more suitable. Very good.

Useless: Finally, a jewel performed after 20 years. Slower tempo yes, but complemented with a film projection, a result of mixing the original video with the DA Pennebaker video of Bob Dylan's Subterranean Homesick Blues.

Precious: Same with Going Backwards, even worse. Too much noisy guitar feedback over the main melody, shame as that's the real beauty of the song. 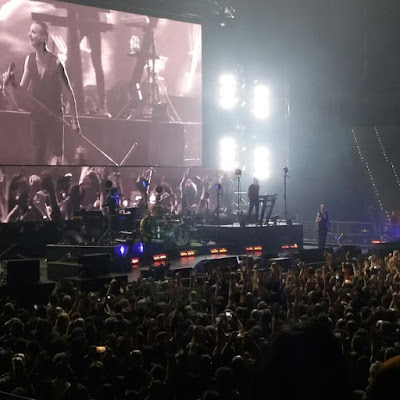 Cover Me: Didn't move me that much this time... dunno why.

Insight: Entering the Martin territory now... Insight was very beautiful on Tour of the Universe. This time Mart and Peter tried to change it by singing a few verses faster...didn't get that.

In Your Room: That's one of the night's highlights. Very powerful performance, even better than the summer gigs. Suits more as the 2nd set's opener as well.

Where's The Revolution: Quite an improvement from the summer gigs, seems the band "feels" it a bit more now...or is it because of the indoor conditions? No idea.

Everything Counts: A-M-A-Z-I-N-G. The audience went bananas with this one, best thing of the whole gig. 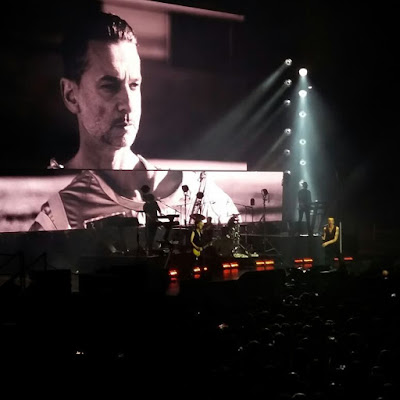 Stripped: And you expect the band coming with another crowd pleaser after Everything Counts (Halo in Dublin anyone?)...only to hear a flat version of Stripped.

Enjoy The Silence - Never Let Me Down Again: Closing the shows with these two is a safe thing. As a hardcore fan, I couldn't expect anything more than enjoying the view of the crowd singing, moving alone and waving their hands in the air.

Strangelove: Heard it in Bologna too... it's very good. Much better choice than A Question Of Lust and Somebody.

Walking In My Shoes: Can't be less subjective about this one, it's my favorite DM song and I'm never bored of it. And yes, this time I caught myself watching the film more than the band.

A Question Of Time: Count me in the sea of hardcore fans fed up with I Feel You. So A Question Of Time instead every single time. As the last but one song it works even better too and it was nice to see Dave not doing that pseudo-latin clap thing in the end. 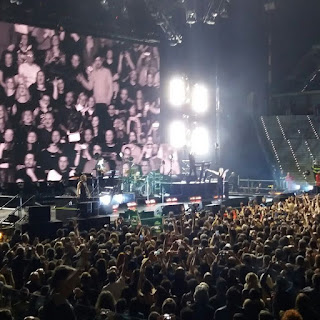 Personal Jesus: Same with Enjoy The Silence - Never Let Me Down Again. Classic.

Audience? Not as hot as Milano's Forum or Bologna's Unipol Arena... but still a good one. Hey, Italians do it better when it comes to Depeche Mode gigs.

As for me, I left the venue quite full of what I had seen. Happy to meet a few friends, plus enjoying a bit of Torino sightseeing and of course the food, I had a great time. Next stop is Berlin on January 17th and of course the finale on July 25th, no way I'm missing the end of tour (?) party.