AN INTERVIEW WITH SPEAK & SPELL

Speak & Spell are one of the foremost Depeche Mode tribute acts. They regularly play live all over Europe, satisfying the desires of an ever growing audience to hear Depeche Mode classics played live in an era where the band themselves shy away from most things pre-1990. On March 12 at the O2 Academy in Islington, the band are playing a special Black Celebration gig, paying tribute to the album and also throwing in a few greatest hits. If you're able to get there, get there as it promises to be a superb night. To get your tickets, head to:

Ahead of the gig, I caught up with Keith Trigwell from the band to have a chat about Speak & Spell and, of course, Black Celebration.

APA: Tell us a bit about Speak & Spell? Who does what in the band, when did you form and so on

KT: The band formed in 07-08 in Brighton. I joined about 18 months later.  We've moved on a long way since then but we've always focussed on being for real fans and sounding as close as possible to the original works, which we manage in a variety of surprising ways.

We've never fancied doing the whole 'who pretends to be who' thing except our frontman Paul (Woody) Wood having to 'Dave up!'

Who does what wise, Joe and Paul took the brunt of the live delivery having to do vocals and Joe on guitar.  I've been doing the production and programming since 2009 and most of the technical live delivery plus live keyboard parts.

Sadly Joe's moved on now, and, after a suitable period of mourning, we got in 2 new guys to join us on stage for the first time in Manchester on the 27th Feb.

Tony Clare is our new Martin (if you like) and Paul Boddy is joining us on keys. Both are very experienced, talented and their dedication has renewed us.

APA: Your Black Celebration show on March 12 at the O2 Academy in Islington, London is coming up. Tell us a bit about that.

KT: We have some nice appearances coming up this year that we are waiting to announce. The Black Celebration gig is our 3rd "Boutique album show", having done both the Speak and Spell and Violator albums in 2014/15

Black Celebration for me is the most 'Depeche' Depeche album. Dark, dynamic, textured and a real mix. Sampling and programming at its best.  I've always wanted to do this having seen the tour aged 18 in Brighton.

We are going all out to take people on a real journey that night.  Its designed with people who were there first time around in mind and to try to give a flavour of that era DM to those who missed it. Again, like the Violator show, it will include a 2nd set of hits.

APA: Depeche themselves have never played Sometimes live and only played full versions of Here is The House twice. Are you looking forward to playing those songs?

KT: Yes very much.  We've played Sometimes about 4 times (as per the album). This time we're thickening it up a bit.

Here is the House was a tricky one to get right.  Our other new guy has helped enormously on some of the tracks and this is one he helped pull together.

We hope to pull them off well. 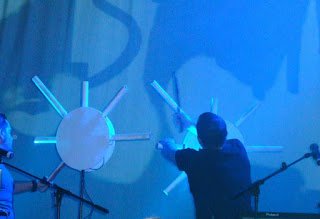 KT: Ahhgg!!  Different bits off different tracks. I can't choose, but, if I have to it's New Dress.  A statement on British celebrity culture and media distraction/manipulation that is truer today than it was when Martin Gore wrote it.

The thing is, there isn't a lesser track from anywhere in those sessions, including B-Sides. My only gripe with Black Celebration was there being no live VHS.

APA: How important an album do you think Black Celebration is for Depeche Mode?

KT: For Depeche Mode, massively.  In my view it marked the point when they went from an electronic act with a metal banging, found sounds thing to a point of maturity where that became a very accomplished process.  It was the bridge between large European act to stadium band.

Also the texture of it - the first 2 minutes are incredible. Then with tracks like It Doesn't Matter Two and their positioning in the running order, it gets me every time. Always has.

APA;  Black Celebration aside, what are your plans for the rest of the year?

KT: We are keen to push a little wider out as the team expands, push forward with a more ambitious elements that we can comfortably deliver.

Woody and I have now been joined by 4 new people in total. Two new guys joining us on stage, Tony and another Paul, Claire Whatley our new manager and a  new media / social media guy Paul Swindell.  This has relieved the workload enormously.

We've also had to get in a new 4 way in-ear radio monitoring systems and guitar transmission and mic. New set up, flight cases etc.  We'll soon be running on all new macs as well and nearly all new keyboards plus an extra Gretsch (Double Anniversary) to go with our Gretsch Baby Falcon.

But the big thing has been getting the Black Celebration album ready while simultaneously bringing in the two new guys.  They had to learn their parts for our full set, (assigning new ones) and for the BC album.  I have to say now, Paul and Tony have worked extremely hard and professionally. 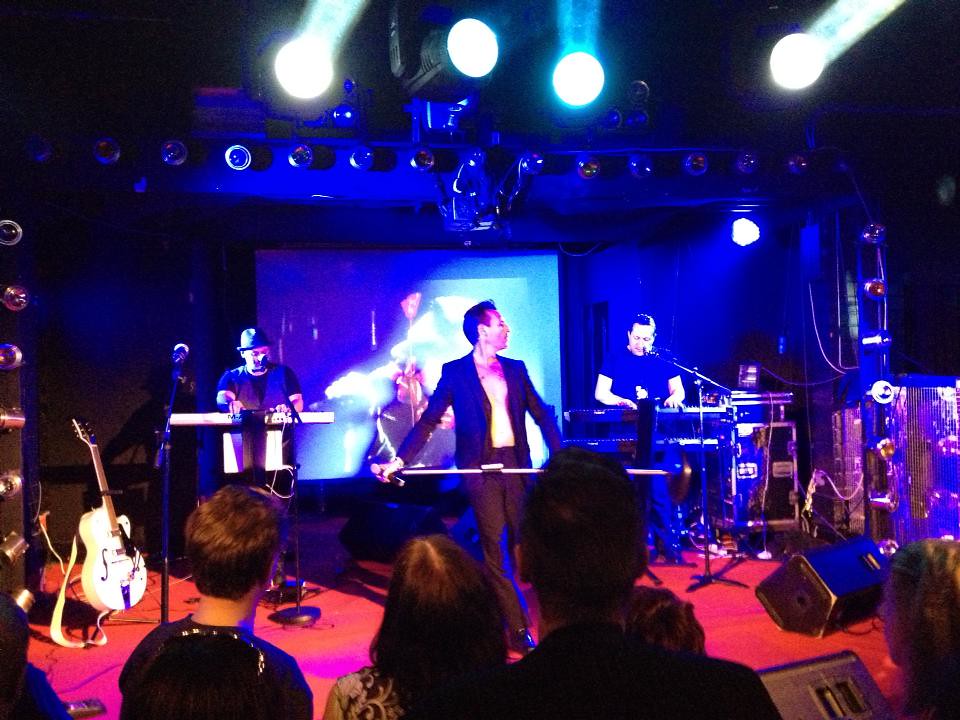 Thanks very much to Keith for sparing the time to have a chat about the case. Make sure you check out Speak & Spell's site below and get along to the O2 for the Black Celebration gig if you can. Keep an eye on their site too for all future gigs.