As you will have seen I've mentioned in earlier posts, there were a number of rare Black Celebration era releases that were limited and are fairly hard to find these days. Below, I've picked a top 11 of the releases I own to show you, as I know that some people reading this may only have one or two of these things at the most and, as I always enjoyed seeing pictures of things Depeche related, I hope you might too.  I think the rarest thing you'll see here is either the Stripped promo or the West German Stripped white vinyl 12". As I've only included things I own, there are none of the wonderful Japanese releases from the era, nor is there the near impossible to find French A Question Of Lust cd single or the slightly easier to find French A Question Of Time numbered cd single.

All these photos are from my collection - to see more, and indeed, better pictures of all this era's releases, head to depmod.com, Depeche Mode Classic Photos and Videos or pick up the unbeatable Monument book which covers every conceivable angle Depeche release wise. If you don't know what Monument is, you should put this blog down, head to the Facebook page devoted to the book (https://www.facebook.com/DepecheModeMonument/?fref=ts) and grab yourself a copy. The Black Celebration section should be your first stop to keep with the current theme. There, you'll find all you could ever want to know about that era's records, cd's and much more. The book is written by Dennis Burmeister and Sascha Lange and Dennis took the time to answer a few questions about Black Celebration.

APA: What is your favourite rarity from the Black Celebration period?

APA: Do you know why Intercord chose to release two different coloured vinyl 12" singles for Stripped?

DB: These two nice 12" singles were released in 1987 as part of the so called "The Colour Collection," a special sales campaign by the German label Intercord. I don't know why two were released for Stripped.

APA: Does anyone know how many copies of each coloured 12" single were released?

DB: No. I don't think anyone could accurately provide that information after all these years.

APA: What do you think is the rarest Black Celebration era item? Is it perhaps the white vinyl Stripped 12" or one of the Japanese releases?

DB: It took me a long time to find RRBONG10, a stamped white label 12" promo for Stripped which was released in very limited quantities. I've actually seen the white vinyl 12" quite a few times.

APA: Looking at Black Celebration itself, how important was that for the band in Germany? Did it make them even bigger than they were after Some Great Reward?

DB: I'm not sure, because People Are People was a huge hit in 1984. Black Celebration saw their status grow though, as they were now international pop stars from the U.K.

DB: Definitely A Question Of Time. This track really had a big impact on me. There was this television show called Ronny's Pop Show, a programme that featured a speaking monkey! It was on that show that I first saw the video for A Question Of Time. That was in 1986 and it was one of my first lightbulb moments!

Thanks very much to Dennis for the interview. The English language version of Monument is still available on Amazon and there are releases in a host of languages, the most recent being the Czech language version. I can't recommend the book highly enough.

You've heard from a true Depeche expert, now it's my turn. Here are my top 11 Black Celebration rare releases (note to Mode pedants - I left out the red vinyl 7" singles from West Germany to keep this as short as possible): 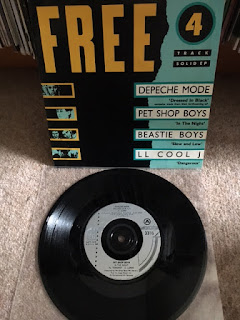 On 8 February 1986, U.K. music magazine Record Mirror gave away a free 7" e.p. featuring four exclusive tracks, one of which was a pre-release version of the then unheard Dressed In Black. It doesn't differ hugely from the album version but is a bit rawer and has fewer sounds. This 7" isn't too tricky to find and, if you want it, you can get it for as little as 40p on Discogs 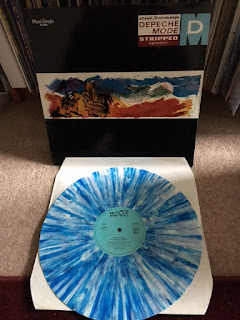 This is one of the loveliest coloured vinyl releases from the band's West German label Intercord's coloured vinyl campaign in 1987. It features the same tracks as the U.K. 12" and looks stunning spinning around on your record player. 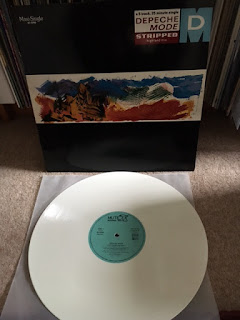 As above really, but white. Oh yes and incredibly hard to find. Ridiculously so in fact. Along with the grey 12" of Just Can't Get Enough, this one drives Depeche completists mental. 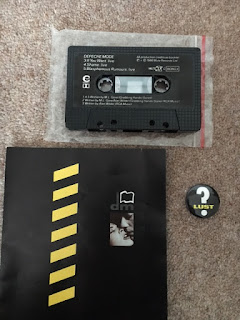 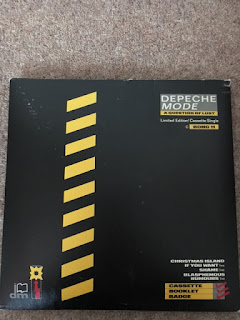 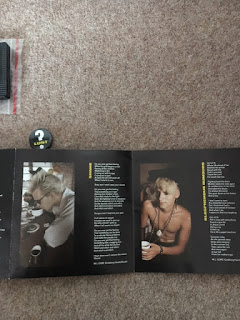 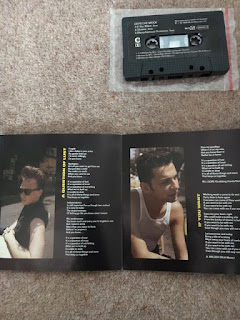 I've mentioned this one already in the A Question Of Lust piece, and really, these pictures don't do it full justice. It's all there though - badge, booklet, cassette and dreadful band pictures in which they all look hugely hungover. 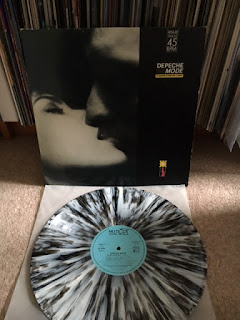 Some say grey marbled, I say black and white marbled. Again, this is from Intercord's 1987 coloured vinyl campaign and it's another beauty. All coloured vinyl is really isn't it? It has the same 5 tracks as the standard U.K. 12" 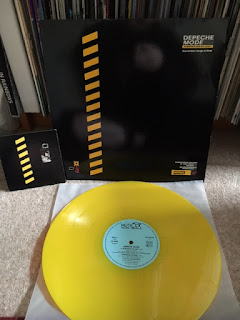 Those West Germans weren't daft. They may not have got the cassette single, but Intercord instead came up with this version. Same tracks, same booklet but no badge which seems incredibly harsh. The checklist on the front is there too but it just says "Including Booklet" which really rams the no tape and no badge point home. The record is a cracker though - playing it is like having a huge rotating sun singing to you about lust. Lovely. 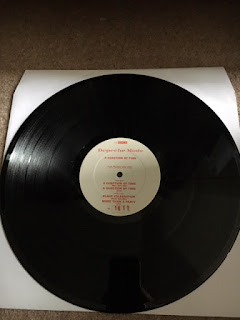 This is a numbered 12" promo for the L12 release featuring the same tracks as that record. This one isn't too hard to track down. There is also a stamped 12" promo for the normal 12" release but I haven't got my hands on that yet. I did have it lined up the other week, but the seller emailed me to say that his son had "wrecked" the record as he was readying it for posting. Highly implausible nonsense. I'll get it though. 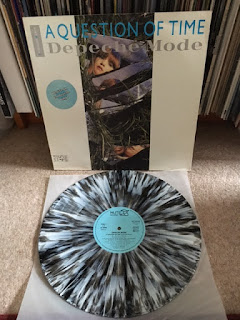 Again, some say grey marbled, but what are you going to do. Intercord strike again with a release that is hypnotising to watch spin round and round and round. Same tracks as the U.K. 12" 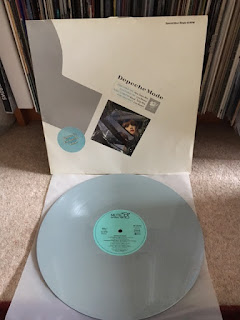 The U.K. Limited Edition 12" tracks appear on this slab of greyness that is actually quite beautiful in a way. Intercord again, but you know that by now. 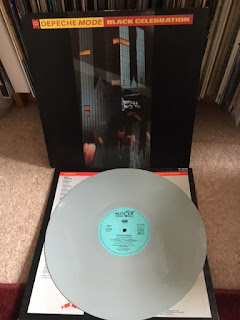 I had to make the list 11 entries long as I'd forgotten about this. None of this would be happening without the actual album, so it has to go in here. Grey vinyl again and it's a lovely thing

To conclude then, these are my top 11 Black Celebration era releases. Not the biggest haul of rarities in the world, but I hope that you enjoyed having a look. It's the sort of thing I enjoy and, given that I'm what you'd probably call a typical Depeche Mode fan, I'm sure you enjoyed it too.

Email ThisBlogThis!Share to TwitterShare to FacebookShare to Pinterest
Labels: A Month Long Period Of Rejoicing, A Question Of Lust, A Question Of Time, Black Celebration, Depeche Mode, Intercord, Stripped