THE VIDEO WITH NO SINGLE NUMBER 2 - CLEAN 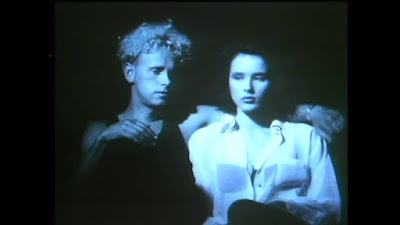 As with Halo, Clean was a surprise to everyone when Strange Too was released, as no-one expected a video for track 9 on Violator. The last track on an album has a thankless task at the best of times as its job is to round off the record that has gone before it and retain the listener's attention to the extent that it encourages them to turn over the record/turn over the cassette/hit play again on the cd etc. Clean's brooding genius more than manages that job and it is a perfect end to the perfect album. Why on earth does it have a video though? 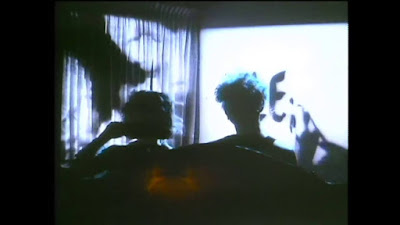 Firstly, let's clear one thing up about Clean. As Alan has said on numerous occasions, the opening is not a rip-off of Pink Floyd's One Of These Days. He said that very thing to Shunt and you can read it right here - click.

The thing is though, it really is a rip-off of that song isn't it? It's a slowed down version of the Pink Floyd bassline, but it's rather close to it. Anyway, who cares ultimately? Judge for yourselves:


Scandalous accusations aside, isn't Clean an absolute masterpiece? The bridge between it and Blue Dress - Interlude #3 - is gorgeous; a windswept walk over a foggy moor accompanied by Martin singing a calmer version of the Pimpf "ohhhhs," before strange electronic insects guide you to the opening fade in of Clean itself.

A sampled vocal and that bassline kick us off, leading into some wonderful noises before Dave arrives, singing beautifully. The song builds and builds quite incredibly before fading out on an instrumental section that takes the breath away. Did anyone else turn the volume right up as it faded to see if the song actually came to an end? Again, probably just me. What a tune and what an end to the album. 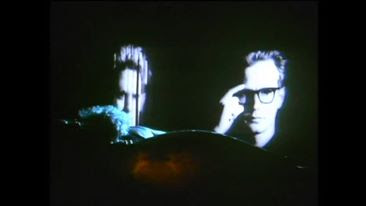 The video begins with the strange electronic insects I mentioned above accompanying actress Angela Shelton as she leaves the swimming pool outside the apartment rented by the production team of Anton Corbijn and Richard Bell. I interviewed Angela for Halo, the book that Kevin May and I are releasing. She told us that the shoot took two days - the first at Anton's apartment and the second at a sound stage in Los Angeles where the bulk of the video was filmed. The video sees Angela and Martin sitting on a couch watching the World Violation tour film for Clean play over a pair of curtains.  It's hard to describe it any other way.

Things take a turn around 1 minute 37 seconds in though when Martin performs the age old trick of popping his arm around the shoulder of his companion. Whether or not he yawned at the same time is hard to tell. You hope he did though. Martin and Angela then start kissing ten seconds later and continue to alternate between that and watching the curtain video for quite some time. You do feel like you're hiding behind a couch watching something you shouldn't be. I suppose that's the point. Things take a turn for the steamy at 3 minutes 44 when they stop watching the video entirely. Alan's head floats by 8 seconds later looking on disapprovingly. Then Fletch pops up, touching his glasses in a "Well I never Mrs" way as shown above. Martin is there too oddly. Finally, at 5 minutes 27, Martin and Angela leave the couch and the Violator rose flutters on the curtain, stopping us thinking about what might be going on elsewhere in the building. Here it is in all its glory:

Angela was a Depeche Mode fan before Clean so was thrilled to get the role in the video. As she tells us in the book, she was a Martin fan too which was helpful and, if anything, she regrets the fact that the video featured "Hollywood kissing" rather than the real thing.  As a reward for her efforts, she got VIP backstage passes to a World Violation show and she remains a Depeche fan to this day. Her full interview will appear in Halo.


Clean  was played live on every World Violation gig, featuring an impressive 88 times. Here it is from the Frankfurt show on 8th October:

It then turned up three times on the Exotic tour, twice in Johannesburg (14 and 15 February 1994) and once in Sao Paulo on 5th April that year. Here's what could only be described as a fairly rough version from the first Johannesburg gig:

Clean returned for 79 outings on the Exciter tour. Here it is from the San Francisco show on 4th August in much better health than 1994 in every respect:


Clean was then mothballed never to be seen again until Martin and Peter surprised everyone on November 1st 2009 with this version in Bremen.

And that was that. Clean has never been heard again live which is a shame. Martin's solo version is nice but a full band version is the way to go. Let's hope they bring it back one day.

I'm not one to advise or even criticise Depeche Mode, but I know I'd like to see it performed again.