THE ONE THAT I PREFER - VIOLATOR TURNS 30 : INTRODUCTION 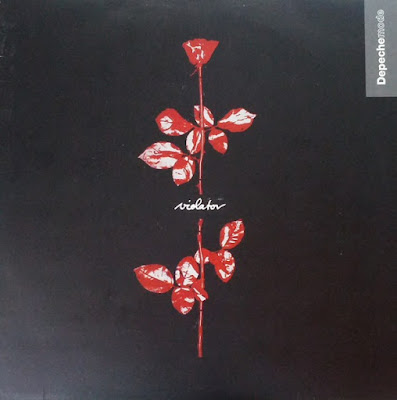 Anyone who has even a passing interest in Depeche Mode knows Violator.  Many people, me included, discovered Depeche Mode during this era and many people, and I very much include myself here, became full on Depeche Mode fans because of this album. I can still vividly recall being lazy and getting a lift to Castle Douglas High School in February 1990 and hearing Enjoy The Silence for the first time on Radio 1's Breakfast Show. That was the moment I got Depeche Mode; that was the moment everything changed for me. On March 19 1990, I bought the cassette version of Violator at Woolworth's in Castle Douglas and started an obsession with that album. I listened to the tape endlessly, captivated by the music and instantly falling in love with every second of the album.

That was 30 years ago. 30 years. So much has of course changed since its release, yet Violator hasn't aged at all, still sounding as new and as unique as it did upon its release. It contains Depeche Mode's best known and best loved songs, is by far the band's biggest selling album and stands as a landmark electronic album. The mark Violator made may only have become more obvious with the passing of time, but it is worth remembering that upon its release, Violator changed the perception of Depeche Mode from lightweight popstars to stadium filling global stars. Gone were the days of performing on German television surrounded by hay bales and chickens - this was a very different Depeche Mode indeed. Their contemporaries were now paying attention too. When making Behaviour, the Pet Shop Boys were listening to Violator a lot; Neil Tennant commented that the band were "deeply jealous" of Depeche Mode's new album. 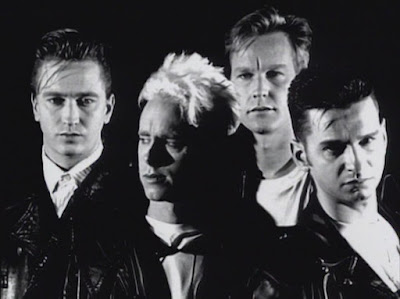 In March 2016, I spent a month celebrating Black Celebration on this blog with the help of a few guests purely because that album is such an important part of the Depeche Mode story. Violator, however, is arguably the most important part of the Depeche Mode story, so to celebrate its 30th birthday, a month long celebration of the album seemed the only sensible thing to do. As you'll see below, there are 31 days of posts planned with guest spots that are sure to be must-read posts. Thank you to Michael, Glen, DMK, Niggels, Amanda, Matt, Sean, Panos and Shaun for their great contributions.

As you'll also see, a few of these posts will preview some content from the book Halo - The Story Behind Depeche Mode's Classic Album Violator which I am co-authoring with Kevin May who has also contributed to the blog. The book will be out in late Spring/early Summer 2020 and I'm delighted to be previewing some of the content this month. I'm really excited about the book and I hope this occasional teaser this month whets your appetite for what is to come.

This is just a taster for The One That I Prefer - Violator Turns 30 and the first proper post of this month comes tomorrow. I hope you enjoy what is in store this month. Please feel free to comment, criticise, laugh or cry on the blog's Facebook page or on the blog Twitter or my own page.